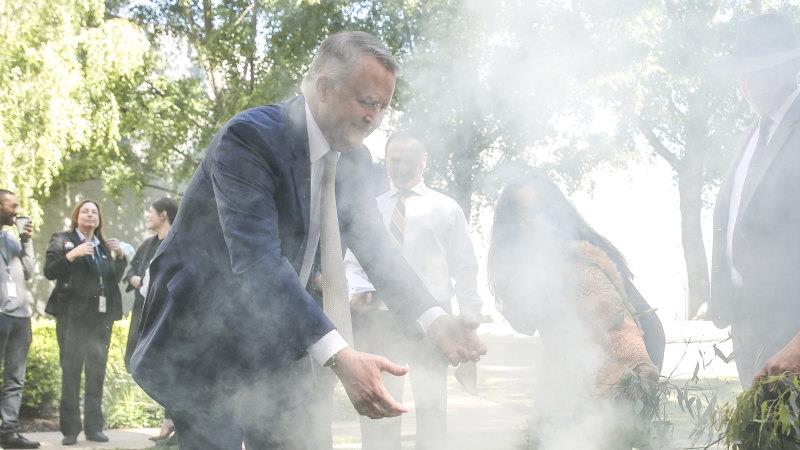 The Aboriginal Voice to parliament and wider Indigenous recognition will be in focus at this year’s annual Garma Festival in the Northern Territory. 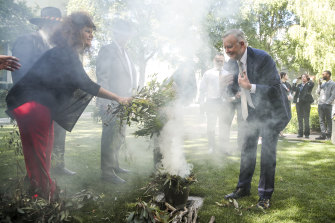 Prime Minister Anthony Albanese during a Welcome to Country and Smoking Ceremony at Parliament House in 2020. Credit:Alex Ellinghausen

Ahead of the first sitting of federal parliament Albanese this week urged his colleagues to support a referendum that would enshrine an Indigenous Voice in the constitution.

He also restated his government’s commitment to honouring the Uluru Statement from the Heart.

Indigenous Australians Minister Linda Burney said the gathering of about 2500 people would allow the government to engage with senior leaders on key issues, policies and decisions.

“The festival provides a wonderful opportunity for us to catch up with everyone, and a chance to sit down with people and have some important conversation about our agenda, including our plans to fully implement the Uluru Statement from the Heart,” she said. 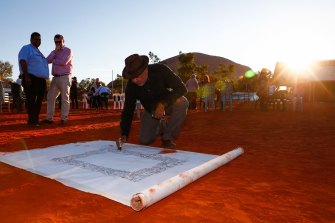 Indigenous leader Noel Pearson signs the canvas used for the Uluru Statement from the Heart’s artwork in 2017.Credit:Alex Ellinghausen

Garma is a celebration of the Yolngu people’s cultural, artistic and ceremonial traditions.

It is also an opportunity to discuss the challenges facing Indigenous Australians. Productivity Commission data released on Thursday showed more than half the socio-economic targets outlined in the Closing the Gap agreement will not be met.

Four of 17 national assessment targets are lagging, including children starting school developmentally on track, children in out-of-home care, adults in prison and the suicide rate.

This year’s festival will be the 22nd gathering at Gulkula, a significant ceremonial site on the Gove Peninsula, after a two-year hiatus caused by the COVID-19 pandemic.

Senator Patrick Dodson, the special envoy for reconciliation and implementation of the Uluru Statement, and Senator Malarndirri McCarthy will attend, along with the NT Chief Minister Natasha Fyles.

They will be joined by Indigenous leaders, including Marcia Langton, Noel Pearson and June Oscar, the Aboriginal and Torres Strait Islander social justice commissioner.

The festival theme is Nhanga Ngathilyurra: A Yolngu phrase that means to look ahead, or look toward the future.

“This year we are seeking to re-energise after the difficult times we have all experienced over the last few years,” Yothu Yindi Foundation chief executive Denise Bowden said.

The Uluru Statement from the Heart calls for a constitutionally enshrined Voice to parliament, a Makarrata Commission overseeing treaty agreement-making, as well as a national truth-telling process.

It was issued to the Australian people in May 2017 but rejected by the Turnbull government soon after.

Albanese has declared he wants a referendum on creating an Indigenous Voice to parliament by 2024.

Advocates warn opponents of Indigenous recognition in the constitution are deliberately creating confusion among the public.

They have advised the government to keep the question posed in the would-be referendum simple and to educate people on what they are voting for.

If the referendum goes ahead it would be the first in more than 20 years. Only eight out of 44 Australian referendums have succeeded since 1901.

Gay Alcorn sends a newsletter to subscribers each week. Sign up to receive her Note from the Editor.