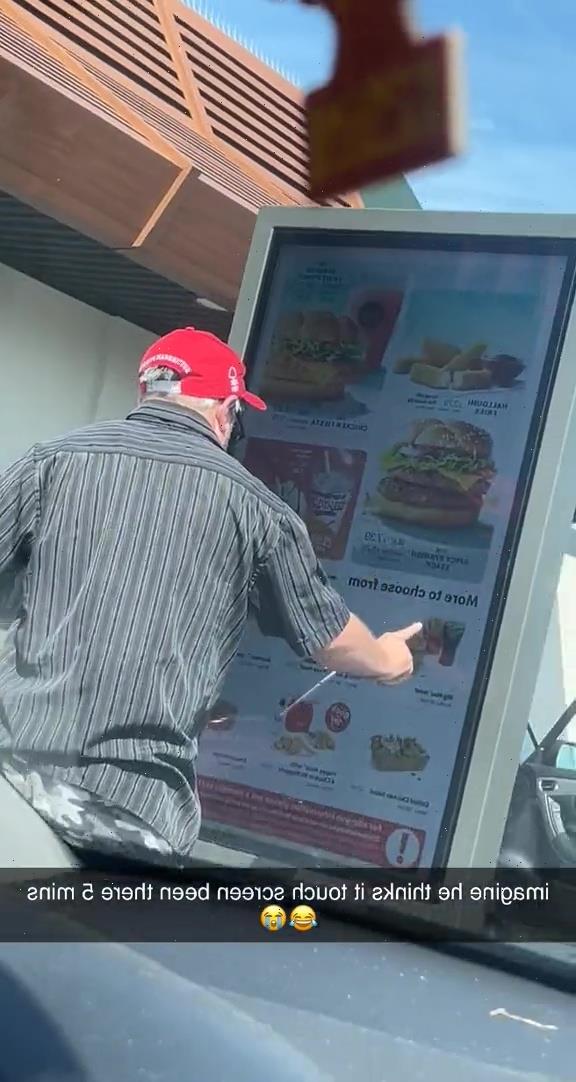 A HUNGRY McDonald's customer tried to order his takeaway on a big touch screen board – without realising it was just a digital poster.

A video capturing the hilarious blunder went viral after a confused diner stood tapping the electronic sign at the fast food drive-thru. 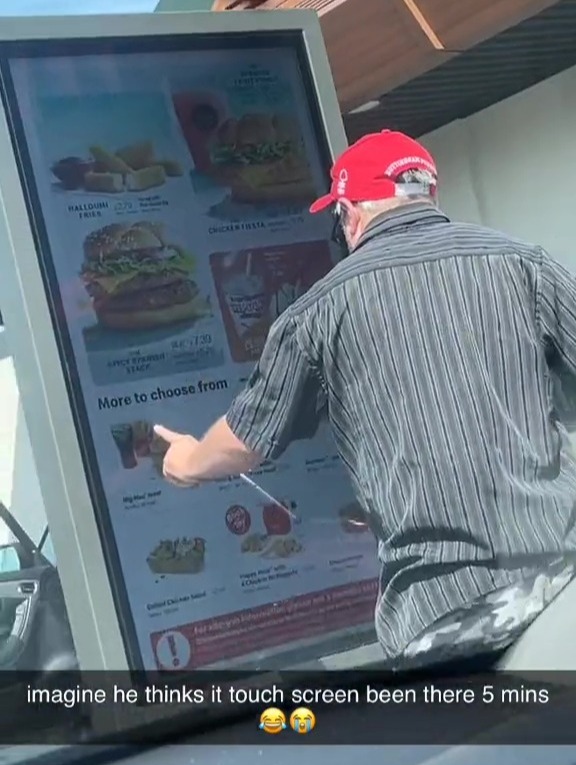 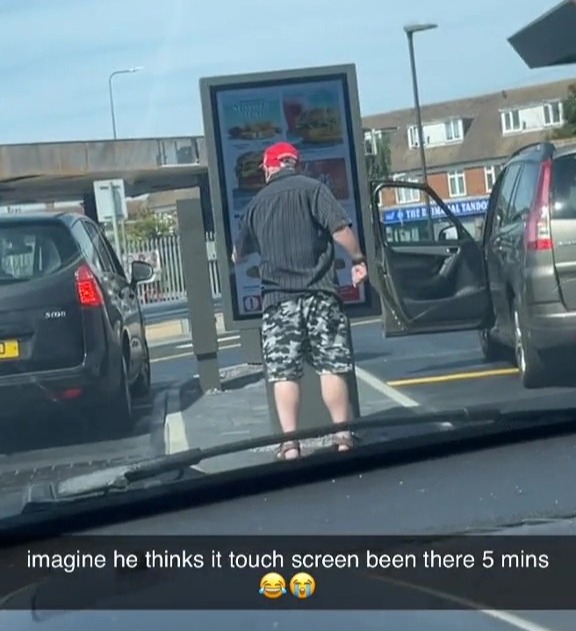 The passenger of a different car giggled as she caught a middle-aged man on camera trying to swipe at a screen which was not interactive.

Hysterically, he attempts to scroll through and tap on photos of the menu in a desperate attempt to order his Maccies.

Although the words "More to choose from" must have led the customer to believe the board was a touch screen, the display does not move.

In the rib-tickling clip, it appears the man had climbed out of his Citroen which is queueing in the lane at the Whitfield branch of McDonald's. 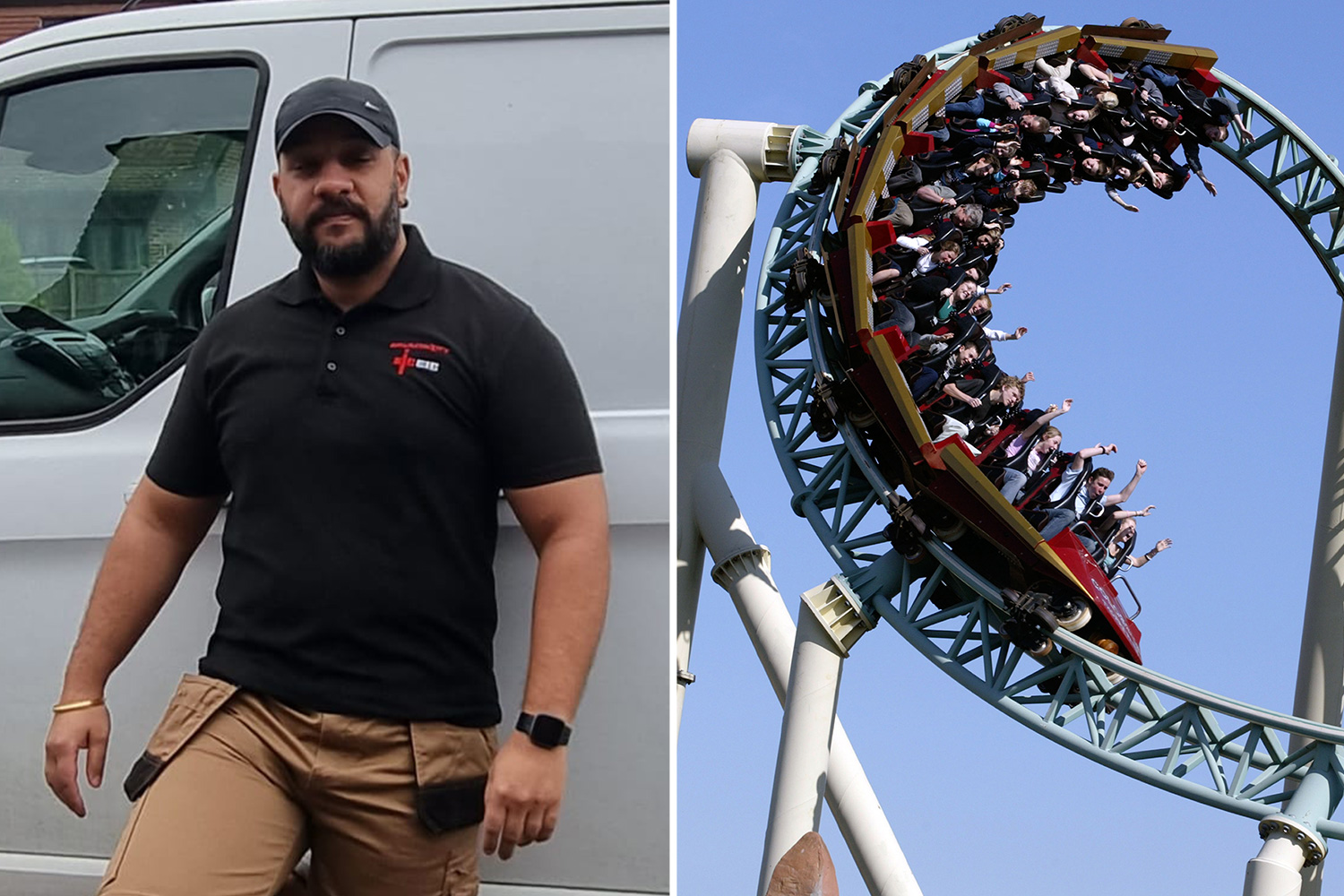 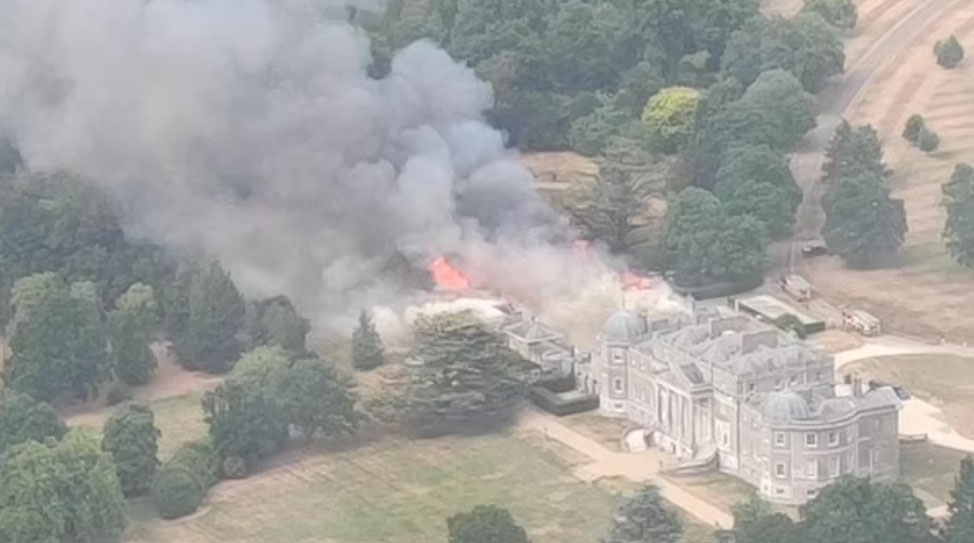 The funny video then zooms in on the diner's face which is confused behind his sunglasses and cap.

The footage was shared on TikTok yesterday by Sherrie Thacker under the username @xosherrieanitaxo and its humorous content rapidly escalated to 70.7k views.

She has written over the video the words, "imagine he thinks it's touch screen, been there for five minutes", followed by laughing emojis.

The caption below the clip reads: "Just wanted my hangover maccies."

Sherrie replied to comment asking where the McDonald's store was, confirming it was indeed the Whitfield branch, near Dover, Kent.

Roads around the area have been chock-a-block with traffic jams since the weekend after delays at the ferry port left cars waiting for as long as 30 hours.

The TikToker also commented on her own video that she had offered the man assistance after filming the bizzarre moment.

She wrote: "I asked him if he was ok and I got no response but his wife was in the car saying her order."

Sherrie comedically chose to overlay the TikTok with an audio from a clip of Masterchef.

In the original sound, contestant Tom Skinner says: "I don't get nervous but I'm starting to get a bit shaky."

Other TikTok users were in fits of laughter at the side-splitting mistake – with 4915 people liking the video and 159 commenting.

Friends tagged each other with the teasing words "something you would do" and many were sarcastic about the football team the man supported.

However a few social media users were sympathetic to the man's mistake.

One wrote: "Laughing now but this is the harsh reality of our future."

Another added, "Why do I feel bad?", which received the reply "Aww nooo".

"I can understand why he’d think it’s touchscreen cause they are inside. Aww poor guy did you tell him it wasn’t?", one TikToker wrote, before Sherrie replied how she had helped.

The silly moment comes just before McDonald's announced a major menu change today, adding a host of brand new snacks and burgers as well as a HUGE price hike.

However, this does mean the Taste of Italy burgers and sides will be coming off the menu immediately to make room for the new products.

With these new items, comes a price hike for the first time in 14 years.

“We’re living through incredibly challenging times and we’re all seeing the cost of everyday items, such as food and energy, increase in a way many of us have never experienced,” said McDonald’s UK and Ireland chief executive Alistair Macrow.

“Just like you, our company, our franchisees who own and operate our restaurants, and our suppliers are all feeling the impact of rising inflation.” 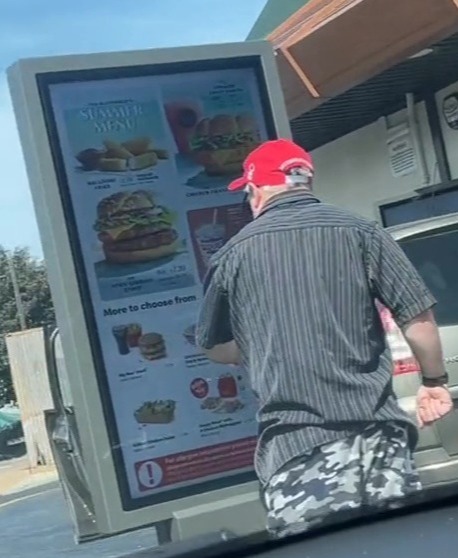