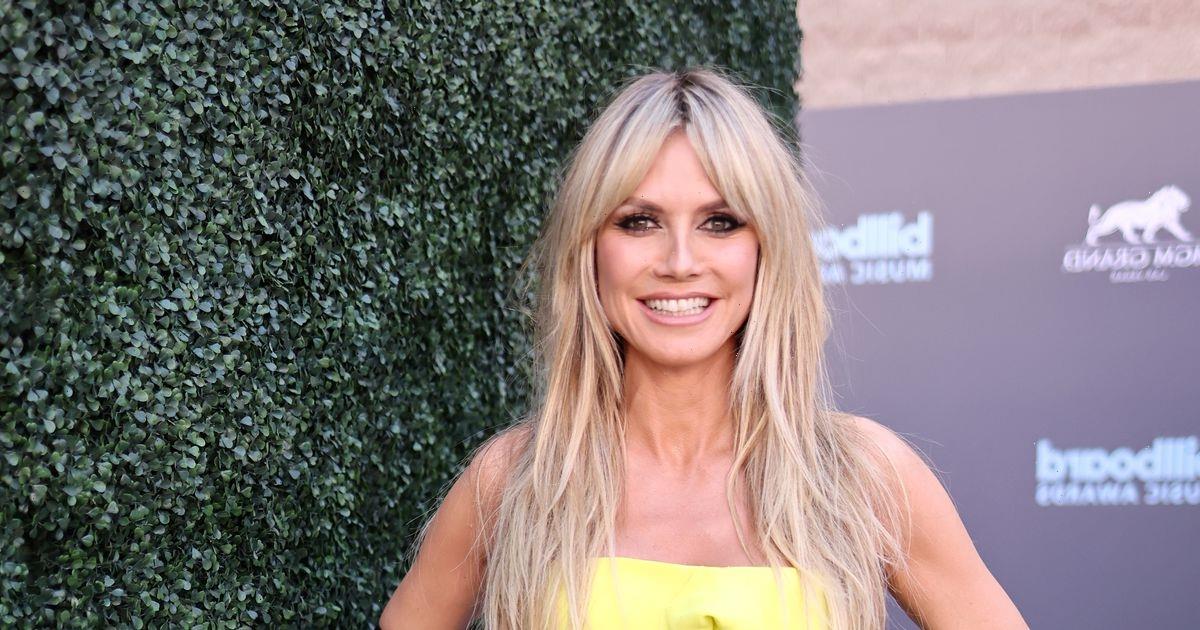 Heidi Klum has set pulses racing after she shared a sultry snap in a tiny green bikini as she enjoyed some rest and relaxation at the beach.

She took to Instagram to show her 9.7 million followers a snapshot into her life as she took a well deserved break by the sea.

The snap showed her leaning on the sand with her hands as she knelt down to get close to the camera.

She wore a pair of large white sunglasses and a pearl necklace with a gold heart charm as she licked her lips for the picture.

The model wore a tiny green bikini which exposed her chest as she held her weight with her arms against a backdrop of clear blue sky.

Next to her, her husband Tom Kaulitz laid on his stomach inside a large unicorn inflatable ring with his long brown hair flowing in the wind.

On top of him, his brother Bill leaned into the snap wearing a pair of huge ski-style sunglasses, a gold chain, lip piercings and a septum ring.

Heidi kept the comments turned off for the post.

The model is a judge on America’s Got Talent alongside Simon Cowell and recently slammed the music mogul for his comments about a participant.

An act who called herself “Freckled Zelda” took to the stage dressed in a fairy costume, most likely based off the video game character, and it seems Simon wrote her off before she even had a chance to audition.

She told the judges that she had a “potato flute” and told them that she was a “musical fairy” before Simon screwed up his face.

The auditionee performed Colours In The Wind and amazed audiences and judges alike, which left Simon feeling sheepish.

She was met with a standing ovation which left her in tears and Simon eventually admitted that he initially thought her audition was “going to be terrible”.

Heidi complemented the hopeful and called her “cool, unique and different” before she took a swipe at Simon and said that the acts “don’t all have to be the same”.