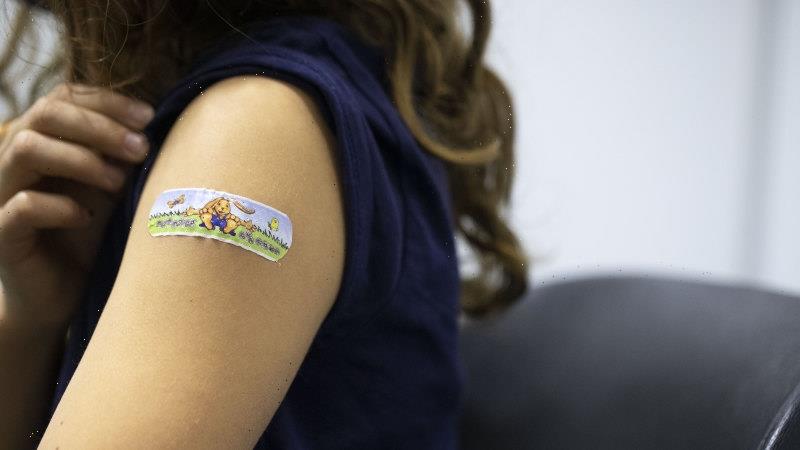 Parents yet to vaccinate their children against COVID-19 are being urged not to wait amid a rise in cases among school students as new data shows side effects to the vaccine are overwhelmingly mild, and occur at lower rates than were predicted in clinical trials.

Children aged five to 15 are reporting fewer common side effects – which include a sore arm, fatigue, headaches and muscle pain – after their mRNA COVID vaccinations than those reported in clinical trials, data from national vaccine safety surveillance system AusVaxSafety shows.

The survey responses were provided by parents via SMS or email.

A sore or itchy arm, redness and swelling at the injection site, fatigue, headaches and joint or muscle pain were the most common side effects among both age groups and usually faded away within a day, the researchers from the National Centre for Immunisation Research and Surveillance (NCIRS) reported. 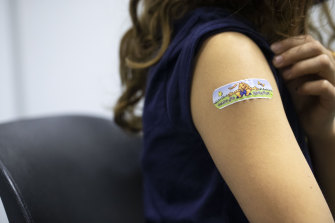 A child after receiving a COVID vaccination.Credit:AP

Associate Professor Nick Wood, associate director of clinical services and vaccine safety at the NCIRS and lead author of the analysis, said the rate of side effects was “probably a third lower” than were observed during clinical trials.

“When you’re in a clinical trial, you’re more closely scrutinised … [but] this data shows how it is experienced in the real world,” Wood said.

Just 0.3 per cent of five- to 15-year-olds sought medical help for their side effects, and only 7 per cent reported that their routine activities were affected.

Side effects were slightly higher in children with chronic medical conditions, which might reflect closer observation by their parents. The researchers suggested the rate of side effects could be even lower, with parents more likely to complete the survey if they noticed side effects.

Wood said the reactions experienced by children were similar to adults, but incidences were fewer. For example, 53 per cent of adult Pfizer recipients reported an adverse event after dose two, and 21 per cent missed routine activities such as work or study.

“Forewarned is forearmed … [so] here is data to support their decision-making about the vaccine,” Wood said.

Professor Robert Booy, an infectious diseases paediatrician at the University of Sydney, said the results confirmed what was being seen abroad: that younger children were experiencing fewer side effects from the vaccines.

No child or adolescent has died from a COVID-19 vaccine in Australia.

“The concern we had with older children and teenagers was myocarditis, but the reports are reassuring that this is considerably rare,” Booy said.

With the start of the school term, coronavirus infections have increased in children and teenagers, data from NSW Health’s latest surveillance report shows.

The findings, which have not been peer-reviewed, were published on Thursday on medRxiv.

Stay across the most crucial developments related to the pandemic with the Coronavirus Update. Sign up for the weekly newsletter.