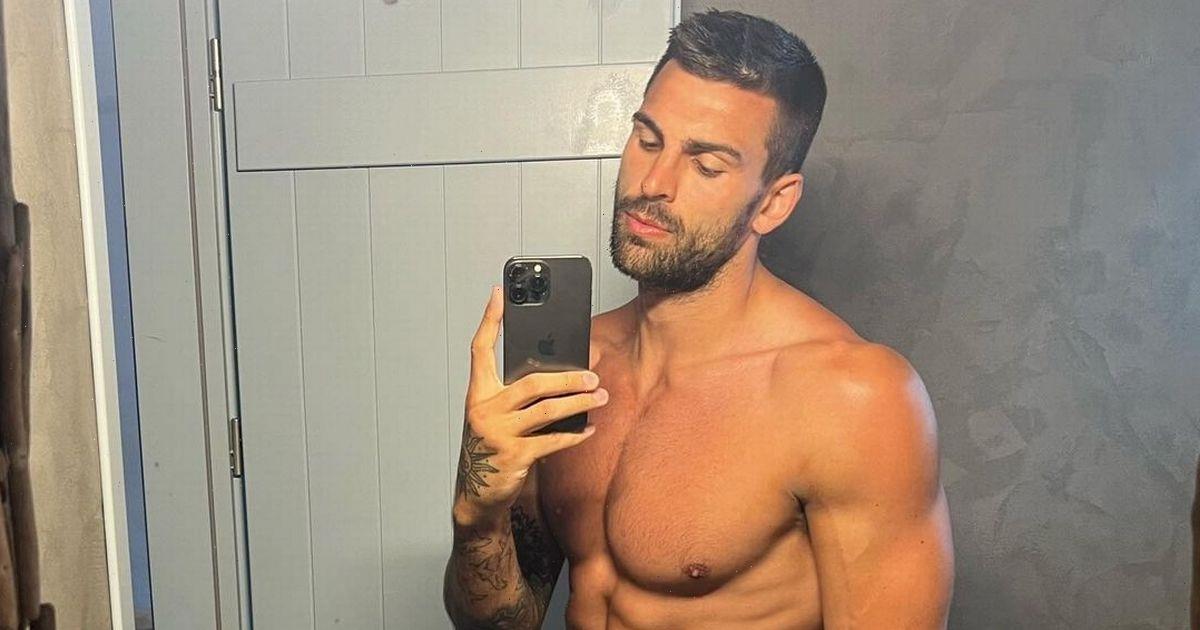 Love Island star Adam Collard could soon be rebooting his OnlyFans career if he gets axed from the villa, according to a quip from his social media handler.

The gym-ripped Geordie has found himself at risk of being dumped from the villa along with his beau Paige Thorne and fellow couples Dami and Indiyah, and Danica and Jamie.

It came after a shock dumping twist was announced on Tuesday night (July 26) along with the results of the public who had been voting for which couple they wanted to save.

The tense episode ended with the six vulnerable islanders stood in front of those who had been saved as they eagerly awaited their fate.

The islanders were told to gather around the infamous fire pit, where the most explosive show moments usually occur.

Wednesday night will reveal who was ejected from paradise, but it seems Adam Collard's account handler has already been making saucy plans for the star if he gets the dreaded villa boot.

"Suppose if it goes tits up he can restart his OF"

Adam joined OnlyFans shortly after leaving the show in 2018, where he has charged users £5 per month to subscribe to his hunky snaps, but he has only posted once on the streaming site since March.

According to the Sun, experts estimate he has been earning £217,718 per month on the subscription site.

The personal trainer firstappeared on series four of the dating show back in 2018, but fans slammed the way he treated the ladies in the villa – some even labelled him a "gaslighter".

Collard caused controversy during the 2018 series during his feuds with then-partner Rosie Williams and Zara McDermott.

At first, Adam was paired up with Kendall Rae-Knight before he ditched her for Rosie and later moved on with Zara.

Viewers blasted him for smirking during his infamous row with Rosie which left her in tears and some fans calling him emotionally abusive.

The trainer later claimed the scene was taken out of context, and that he was smirking as the conversation went on for ages and he couldn't get a word in.

His appearance sparked a public statement from Women's welfare charity Women's Aid, who urged viewers to recognise the warning signs in Adam's behaviour.

After the show, Adam continued dating Zara McDermott before they broke up after eight months.