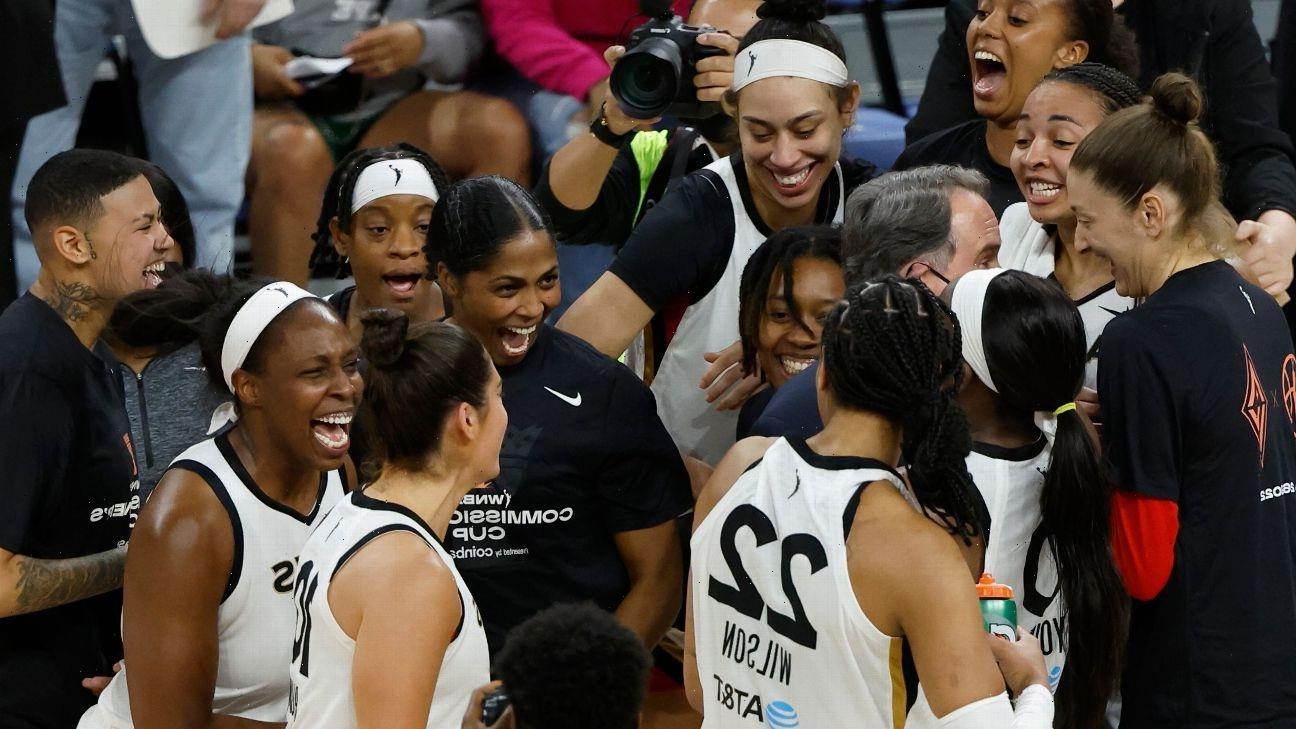 The meeting between two teams, the only ones to clinch playoff berths so far, has been viewed as a potential preview of the WNBA Finals. Despite Tuesday’s loss, the defending WNBA champion Sky (21-7) remain in first place in the WNBA standings and the Aces (20-8) in second with less than three weeks remaining in the regular season.

Kelsey Plum led all scorers with 24 points, while A’ja Wilson (17 points, 17 rebounds, six blocks) and Candace Parker (20 points, 14 rebounds) each recorded double-doubles. But it was Chelsea Gray, with 19 points, five assists and four rebounds, who was named the game’s MVP.

Each player on the Aces was awarded $30,000, with the MVP taking home an extra $5,000, while those on the runner-up Sky earn $10,000 each. Coinbase, the presenting sponsor of the Cup, is also awarding an additional cryptocurrency bonus of $5,000 for each player in the championship game.

The Cup also featured $165,000 donated to charities across all 12 franchise markets.

The game was eerily similar to how the Aces blew a 28-point lead in a late June loss to the Sky, the largest come-from-behind win in league history, but Vegas stayed the course through Chicago’s comeback effort to take care of business this time around.

The Aces rocked the Sky back on their heels from the get-go, scoring the first 13 points of the game and jumping ahead by as many as 23 in the second quarter. Chicago finally found a groove and started hitting its outside shots, with an Emma Meesseman 3 cutting the deficit to 12 in the final minute of the first half prior to Jackie Young’s putback layup that extended Vegas’ lead back to 14 going into the break.

Copper and Rebekah Gardner helped the Sky pull within seven with less than 20 seconds remaining in the third but Plum’s 3 to make it a 10-point game going into the final frame gave the Aces the momentum the rest of the way, allowing them to hold a double-figure lead most of the fourth quarter.

Coaches James Wade (Chicago) and Becky Hammon (Vegas), who both pointed to their experiences playing in similar “cups” overseas, said pre-game that they like how the WNBA has adopted an in-season tournament of its own.

“I think it’s really interesting,” Wade said before the game. “I think as time goes, as the tradition grows, you’ll see more and more teams take pride in it, especially when you add the element of the charitable cause that you play for, it adds even more incentive…. It gives you championship experience when it comes to playing in money games. I think it’s good all the way around.”

The Seattle Storm won the first iteration of the Commissioner’s Cup championship game when they beat the Connecticut Sun 79-57 last season at a neutral site in Phoenix.