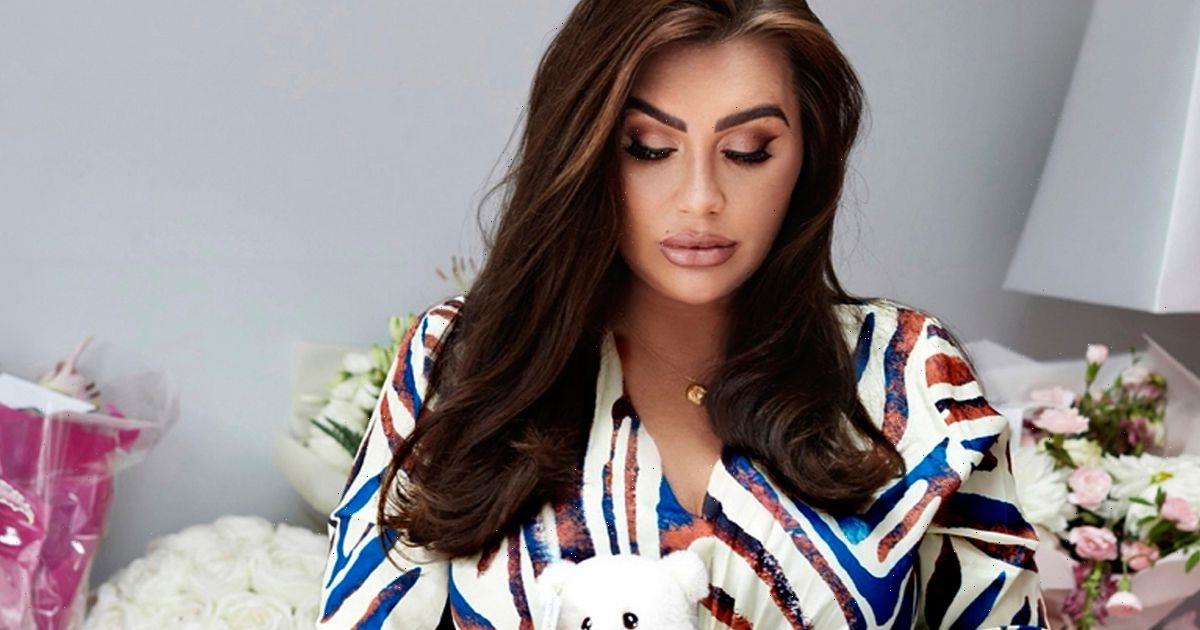 Lauren Goodger has said her baby bump isn't "shifting" and admitted the sensation has made her body feel as though her second daughter is still inside her.

The TOWIE star, 35, delivered newborn Lorena on 8 July, but the baby tragically died shortly before being born due to her umbilical cord being wrapped around her neck with two knots in it.

In an exclusive interview, Lauren told OK! that her body feels "very unsettled" following the tragic events and says her daughter's death will be with her "forever".

"It should never have happened and it will be with me forever,” she told us. “It’s terrible, awful."

She then touched her tummy and continued: “I’ve still got a bit of a bump – this one’s not shifting. It sometimes feels like she’s still there, it’s weird. My body feels very unsettled, it’s like it’s missing a newborn.”

Lauren says during the day she wants to “put on a brave face” for her older daughter Larose, but the pain and feeling of unbearable longing are impossible to suppress.

At night, the 35 year old said she often sleep with her late baby daughter's teddy bear for comfort.

“When I get into bed in the evening, I just want Lorena there next to me,” she added. “I feel like I can keep strong in the day for Larose, but at night, that’s when it just hits me. That’s when I feel really, really sad and I miss her so much.

“Lorena has a teddy with her now and I’ve got a matching one, which I keep with me. When I say my final goodbye to her, I’m going to swap them over. I’m going to have the one she’s had, and she will have the one I’ve had.”

It’s been just over two weeks since Lorena died and Lauren also told us she feels numb.

She said: “I can’t explain how I feel, really. I don’t feel angry, I guess I feel quite calm. I feel all different emotions at all different times, but the worst is at night when Larose is asleep and I feel alone without Lorena.

“Before I came home, Charlie’s family moved everything I had for Lorena out into the annexe. We had the birthing pool set up and they took it down too. I can’t look at her baby bouncer. I can’t have it in the house.

“I’m OK with her clothes being around me. They are so beautiful and I feel like they make me feel better. Eventually I will give them to a charity which helps other mums who have lost their babies.”

Anyone affected by Lauren’s story can seek support and advice from tommys.org and petalscharity.org.