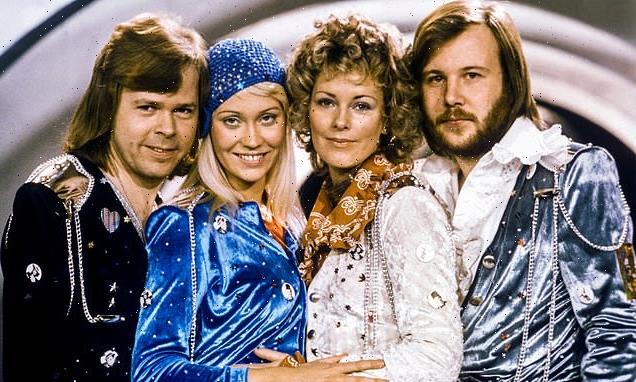 Nearly 50 years after it was released, the Swedish supergroup’s 1976 smash-hit Dancing Queen is still the main ‘go-to’ song for big-day playlists.

Don’t Stop Me Now by Queen and Neil Diamond’s Sweet Caroline completed the top three in the poll of 2,000 wedding guests, with another ABBA hit, Mamma Mia, coming fifth. 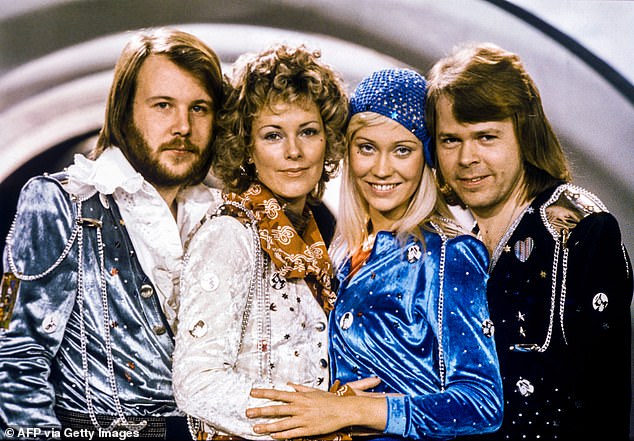 ABBA’s Dancing Queen is the most popular wedding party song in the UK, Mamma Mia comes in at number five

Other popular tracks included Happy by Pharrell Williams, Toploader’s Dancing In The Moonlight and Mr Brightside by The Killers.

The survey by Jacob’s Mini Cheddars found that 59 per cent of guests loved the ‘cheesiness’ of wedding songs, while 21 per cent look for hits they can dance to.

Just a tenth of adults said they never danced at a wedding so good music is seen as crucial. Some 30 per cent believe speeches are the cheesiest part of a wedding, followed by the first dance (27 per cent) and music choices (26 per cent). 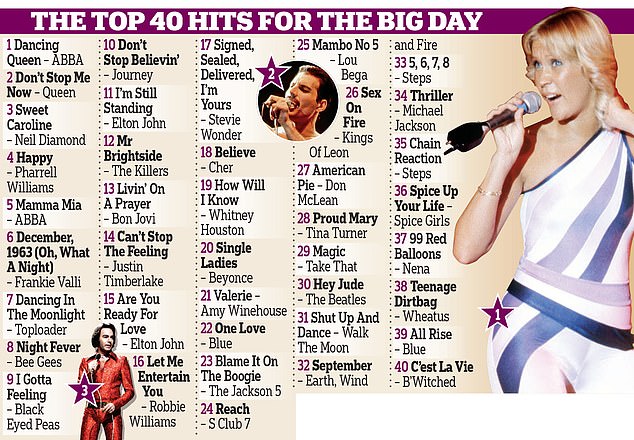 The question of whether to go for a live band or a DJ had guests split down the middle – half for one, half for the other. A quarter of guests (24 per cent) said their favourite part of the day was the actual ceremony, compared to 22 per cent who preferred the party.

Fifteen per cent said the bit they looked forward to most was breakfast the next day. The average adult has attended eight weddings, but 10 per cent have been to 15 or more.

Among couples, one in five said they had a row about what tunes should be played on their special day.