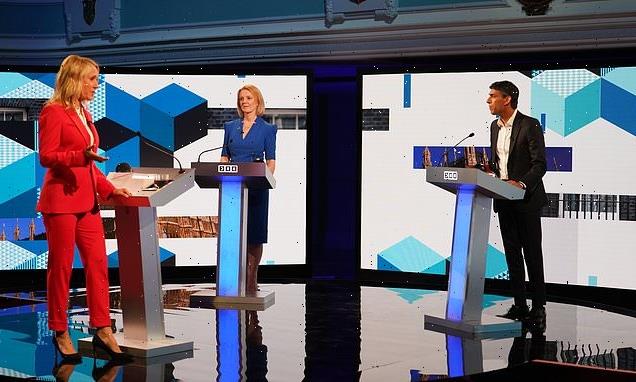 No one likes to have their dirty laundry aired in public. Except, it seems, the Tory Party, who are hanging out their grubbiest garments for the nation to see.

The Tory leadership debate on the BBC was expected to be a respectful examination of the vision and opinions of the candidates battling to replace Boris Johnson.

Instead, it veered close to a crude slanging match live on prime-time TV. Yes, Liz Truss and Rishi Sunak set out their ideas of Britain’s future with vigour and energy.

But they simultaneously tore into each other during a fierce clash. The Foreign Secretary branded the former chancellor a ‘bean-counter’ who would crash the economy and kow-tow to China. 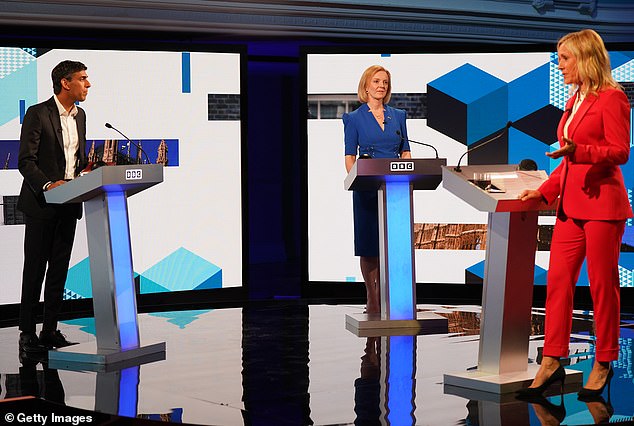 Mr Sunak, who repeatedly talked over and hectored his calmer colleague, branded her tax-cutting plan ‘un-Conservative’.

True, this is the rough-and-tumble of politics. But such schoolyard squabbling is a terrible look. Exchanging insults is not the way to impress the grassroots, let alone floating voters before the next election.

Both candidates – and their aggressive campaign teams – should rein in the blue-on-blue attacks. The bad blood not only makes it more difficult for Tories to unite, but also hands Labour a propaganda coup.

Both sides must maintain decorum. They are colleagues. Labour is the enemy.

Take on the wreckers

Paralysing Britain with vindictive and damaging rail strikes tomorrow and on Saturday shows the greedy hard-Left unions’ withering contempt for the public.

The RMT and Aslef’s well-paid members were kept in jobs when demand for train travel collapsed during the pandemic by a £16billion taxpayer bailout.

And this is how they show their appreciation. Shutting down the network when their ludicrous demands for double-digit pay rises, which would entrench the deadly cycle of inflation, are rejected. 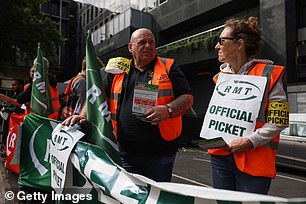 So Miss Truss deserves applause for vowing to take on the belligerent barons and tame their powers if she wins the Tory leadership.

She would introduce sweeping legislation to curb militant disruption, including minimum service levels on strike days, obliging the rail unions to provide at least a skeleton staff to keep the country moving.

That reform was in the Conservative Party manifesto at the 2019 general election, which they won by a landslide, so it carries democratic force.

The right to down tools will, of course, be retained, but it would become more difficult to authorise. For once, passengers’ needs would come before the unions’ entitlement to wreak havoc.

With Labour in hock to its union paymasters and refusing to condemn the rail strikes, there couldn’t be a better time for the Tories to face down the wreckers.

Will France one day accept that Britain has left the EU and stop behaving like an adolescent in a huff?

A French official’s taunt that the only way to prevent the Channel port holiday chaos is to reverse Brexit was truly pathetic.

It was funny how the queues started dwindling when French border guards finally turned up to work – hours late.

With UK tourists spending billions there each year, by being difficult France is simply cutting off its nose to spite its face. 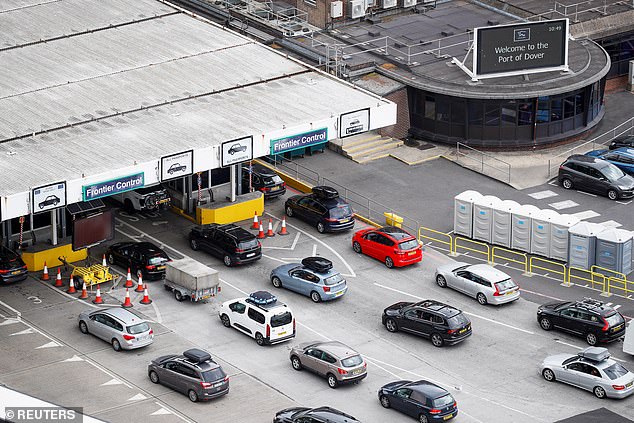 Vehicles queue at the border control booths at the Port of Dover, in Dover

■ Those who questioned the wisdom of the Drax biomass plant in Yorkshire – supposedly a green alternative to coal – were denounced as climate change deniers. Now none other than Sir David Attenborough has blamed wood-burning power stations for an ‘alarming’ rise in deforestation. We all want to safeguard the future of the planet. But when preaching the green message, it’s crucial to remember the law of unintended consequences.