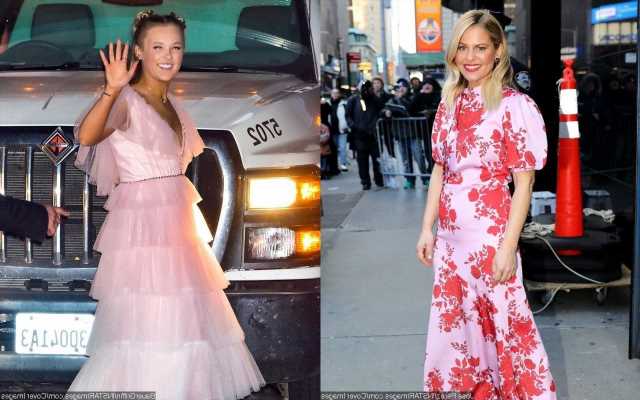 Prior to this, the ‘So You Think You Can Dance’ judge called out the ‘Full House’ actress in a TikTok video by labeling the 46-year-old the ‘rudest celebrity’ that she’s ever met.

AceShowbiz –Candace Cameron Bure apparently turns to her faith following damning claims about her by JoJo Siwa. After the pro dancer called her the “rudest celebrity” that she’s ever met, the devout Christian took to her Instagram account to share her cryptic response to it.

On Monday, July 25, the 46-year-old posted on Instagram Stories a quote that read, “Trust The Lord always,” and the bible verse Isaiah 26:4. The verse states in full, “Trust in the Lord forever, for the Lord God is an everlasting rock.” Cameron has yet to directly address JoJo’s allegations.

A day before, JoJo made headlines after she posted a TikTok video in which she called Cameron the “rudest” celebrity she’s ever met. “Pool day = exposed hahaha,” the “Dance Moms” alum, who donned a pale blue bikini, captioned the video.

In the clip, which saw her participating in a TikTok challenge, the Nickelodeon star named the nicest, coolest and rudest stars she’s met. She revealed various photos on her phone as her responses. It was so quick, but eagle-eyed fans were able to pause quickly enough to recognize the pictures. According to the “So You Think You Can Dance” judge, Miley Cyrus is the “nicest” celebrity while Zendaya Coleman is her celebrity crush.

JoJo also called out Nickelodeon for “[doing] me dirty” alongside a photo of SpongeBob Squarepants. The YouTube star has been open about her tumultuous relationship with the children’s network as she claimed in September 2021 that she was barred from performing songs from her movie, “The J Team“, while out on tour.

The Nebraska native wrote on Twitter at the time, “I go out on tour in January. My movie musical was just released (with 6 new original songs) … Nickelodeon told me today that I’m not allowed to perform/add any of the songs from the film into my show. These are MY songs. My writing. Does this seem fair???”

Earlier this year, JoJo said that the network snubbed her by not inviting her to the 2022 Nickelodeon Kids’ Choice Awards even though she was nominated for the event. “A lot of you have been asking me why I’m not at the Nickelodeon Kids’ Choice Awards tonight,” she said in an Instagram video back in April. “And the answer is very simple: I wasn’t invited. I’m not sure why. But I didn’t get an invite.”