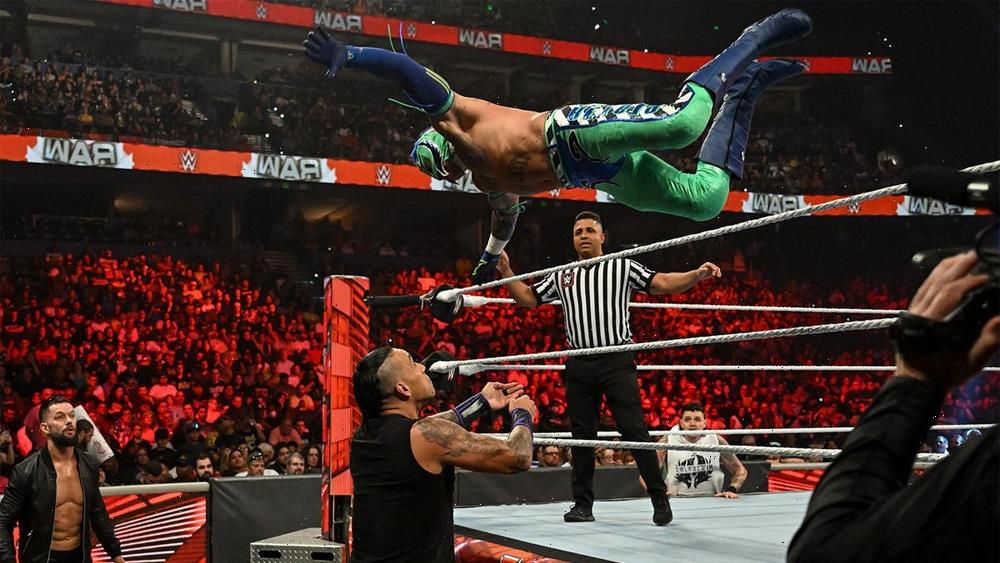 Shares of WWE jumped to a new 52-week high Monday, rising more than 10% amid executive and financial tumult on speculation that Vince McMahon’s exit could nudge a sale of the company.

“This is a challenging environment with the equities of most of the logical buyers depressed, but there is demand for live event programming, and it is the first time that one could realistically think that WWE could be for sale,” said longtime media analyst Alan Gould of Loop Capital. Buyers could include Comcast, Disney, Amazon, and possibly Netflix, he wrote in a note to clients. With sports rights in high demand and surging in value, he called the franchise unique, with significant upside.

WWE’s biggest contract — for U.S. media rights — expires in October, 2024 with renewal news expected in the next year. A streaming deal with Peacock sunsets in early 2026.

McMahon, who owns 81% of WWE’s voting shares, stepped down Friday as the board investigates payouts he made to women over years in exchange for silence about affairs and inappropriate conduct. The company today quantified the payments at $14.6 million. It said it’s in the process of restating past earnings to account for them and hopes to issue updated financials in August.

Gould noted that WWE’s US TV rights increased 3.6x in its 2019 renewal to $470 million per year as Fox joined Comcast bidding for the rights. “We have been forecasting a 50% increase in 2024, which we believe could be conservative, especially if the linear deal is combined with the streaming deal which expires in early 2026. We estimate WWE currently receives about $1 per view hour which compares with an estimated $3-4 per viewer hour for the NBA and NHL, leaving substantial room for upside.”

Sports rights have been grabbing headlines. In June, India TV and digital broadcasting rights to cricket for a record $6.2 billion — about triple the previous contracts. Soccer rights have skyrocketed, with Apple just inking a big streaming deal. NFL and MLB packages are on the table. According to analysts at MoffettNathanson, big media companies could be spending $24.2 billion on rights in 2024.

In early afternoon, WWE shares have settled a bit, changing hands at over $71, still up 8% and outpacing the broader market. WWE’s market cap stands at $5.3 billion.

Even before the scandal erupted this summer, the company’s digestible size put it on most lists  of potential acquisitions as the media biz consolidates. Private equity firms have been extremely active in the space as well. In this case, the strategic value could make it too pricy for PE, especially given higher interest rates.

Below is Gould’s rundown of potential buyers:

Comcast: Represents almost a third of WWE revenue and CEO Brian Roberts has always prioritized long-term shareholder value. But, especially after the $39 billion Sky acquisition, it may be tough to justify reducing the Comcast share buyback program to acquire WWE.

Disney: Airs the UFC, and WWE could be strong companion programming with weekly shows. But its balance sheet is still stretched from the Fox acquisition and the pandemic and it’s got to pay $9 billion+ plus in January 2024 to buy the remaining third of Hulu from Comcast.

Netflix: Less likely as it has avoided sports and event programming, but WWE is a hybrid of entertainment and sports, it has a global following, runs 52 weeks per year, and is much lower cost than most sports programming. However, NFLX shares are down dramatically.

Fox: airs SmackDown. But it only has a only a $16B EV (enterprise value – market cap, debt and cash) so a WWE acquisition hard to justify.