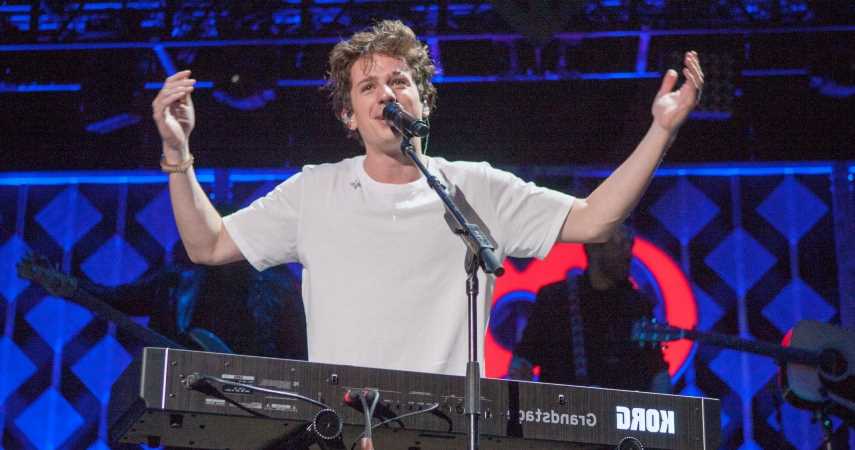 Coming from a musical family, Charlie Puth was destined to become an artist as his mother was a music teacher who taught him to play the piano before enrolling him to study jazz and classical music in high school. In 2009, Puth started his YouTube channel, Charlie’s Vlogs, wherein he uploaded music covers and funny videos. After one of his original songs went viral, Ellen DeGeneres signed him up with her record label eleveneleven. After releasing multiple singles and EPs, Puth signed onto Atlantic Records in 2015 before releasing his first single and debut album that skyrocketed his career.

It has only been six years since Charlie Puth released professional music, but the artist has already become a sensation with the fans due to his perfect pitch and talent for singing and producing songs. As one of the most talented artists in the industry, Puth has also collaborated with top artists like Wiz Khalifa, Selena Gomez, and Kehlani. Let’s take a look at his highest-grossing songs.

One of Charlie Puth’s most popular songs that earned him international stardom, See You Again, was emotional hip-hop and pop track used in the Fast seven movie dedicated to the loving memory of Paul Walker. Wiz Khalifa’s track was on the No.1 spot on Billboard for twelve non-consecutive weeks and was even nominated for three Grammy Awards and a Golden Globe. According to Rolling Stone, it sold 20.9 million units and equivalent streams.

Produced and recorded by Puth, How Long was released in 2018, and the pop-funk number became a quick hit with the fans, climbing the Top 10 spot in the United Kingdom, Belgium, Scotland, and Top 20 in Australia Spain, and The Netherlands. On the US Billboard Charts, it hiked to the 20th position on the Billboard Hot 100.

After big promotions by Charlie Puth and Selena Gomez on Instagram and Snapchat, We Don’t Talk Anymore was released in 2016 and became a breakup anthem with addictive pop music, as noted by Teen Vogue. The song has surpassed 2.8 billion views on YouTube and even reached the Billboard Hot 100 Top 10 list before peaking at the top spot on the charts worldwide.

I Hope has become one of the famous collaborations of Charlie Puth with Gabby Berrett as it won two Billboard Music Awards in 2021: Top Collaboration (Fan-Voted) and Top Country Song. A few days after its release, the song climbed the No.1 spot on the Billboard Adult Pop Songs chart, marking the third single for Puth and the first for Barrett to reach the top position.

Working with Kehlani on his song, Charlie Puth created a neo-classical single written by the artists themselves. The single was reviewed as soulful yet poppy with the inclusion of electronic yet 80s pop. It entered the US Billboard Hot 100 charts and the eleventh spot on the Billboard Adult Top 40 charts. The song went platinum with over 1 million certified unit sales in the United States.

One of Puth’s latest releases, Left And Right, was a highly-anticipated single that featured Jungkook from the famed K-pop band BTS. Their collaboration was a big hit as the song reached No.5 on the Billboard Global 200 chart and No.2 on Global Excl. US Charts, as reported by Yahoo Finance. In addition, the pop single has become the Top song of Charlie Puth on Spotify since its release in June 2022.

In one of his most unique songs, Charlie Puth teased the fans on TikTok throughout the song-producing process before Light Switch was released. From his upcoming 2022 album Charlie, the pop single was an instant hit. It debuted at the No.2 spot on the Top Triller U.S. and Top Triller Global chart before clinching the No.1 position and surpassing 200 million streams on Spotify.

A debut single for Puth, Marvin Gaye was a doo-wop, soul genre-based song from his debut album Nine Track Mind. The song peaked at No.21 on the Billboard Hot 100. It became a three-times platinum single in the United States, selling 3 million units in Canada, Italy, and Australia, and two times platinum in Sweden.

Charlie Puth’s self-produced single, Attention, was released for his second album, Voicenotes, in 2018. As mentioned by Billboard, the song was on the No.1 spot on the Billboard Pop Songs radio airplay and became his first top single as a lead artist. In addition, Puth sold 4 million certified units and earned the nomination for Top Radio Song at the 2018 Billboard Music Awards.

His other notable songs include One Call Away, The Way I Am, and Empty Cups. Since his sophomore album Voicenotes, released in 2018, Puth went on a world tour before taking a break to create new music. In 2022, he began teasing fresh music and announced his third studio album. Charlie will be released on October 07, 2022.

READ NEXT: How Suitsupply Became One Of The Biggest Things In Fashion With Its Unique Concept