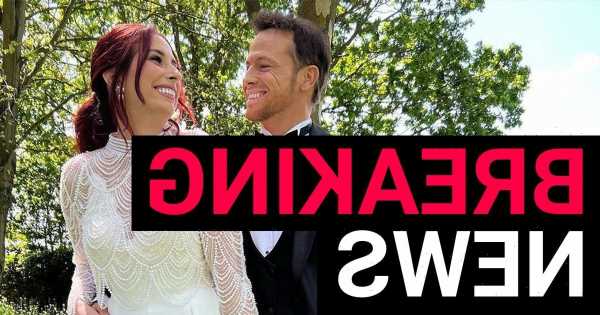 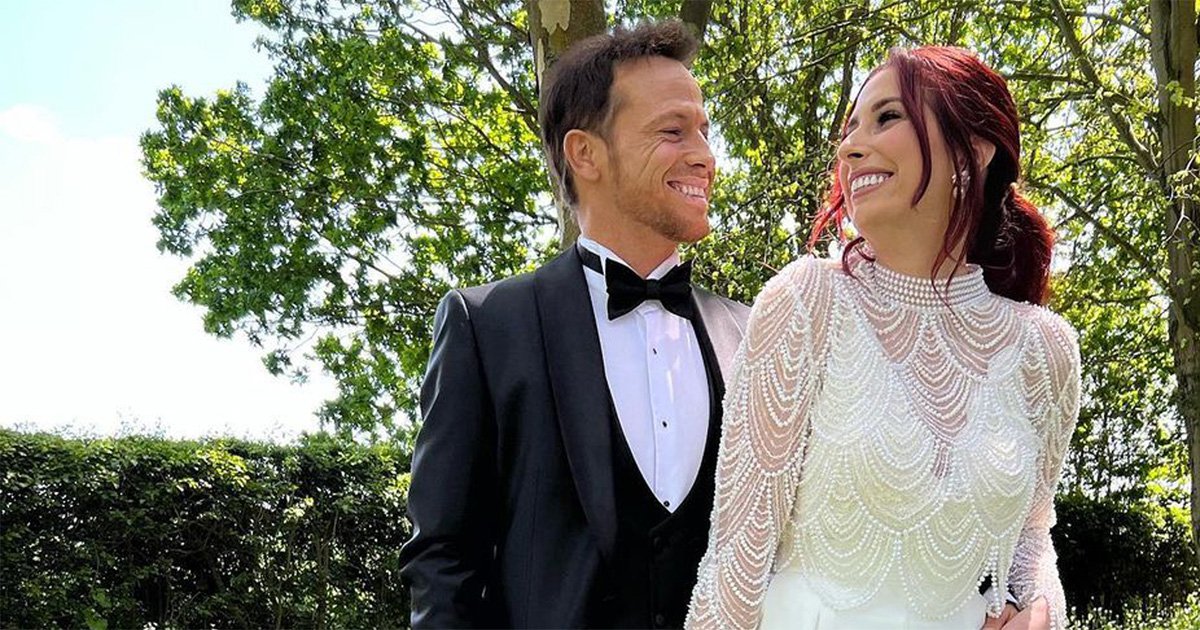 Stacey Solomon and Joe Swash are officially husband and wife after marrying over the weekend.

The couple, who got engaged in December 2020, tied the knot in a private wedding at their Pickle Cottage home on Sunday, according to reports.

They chose to walk down the aisle at the £1.2million they bought in March 2021, before undergoing major renovations.

Hours before the wedding, Stacey, 32, had teased her followers with the wedding preparation, showing photos of the furniture being erected in their garden as well as practicing her hair and make-up for the big day.

The former X Factor star and ex-EastEnders actor, 40, said their vows in a large marquee adorned with fairy lights.

Towie star James Argent reportedly did the honours of serenading the couple and their guests at the reception, where a DJ also entertained the party with classic garage songs.

A source told the Mail Online: ‘Stacey and Joe had the best day of their lives.

‘It was exactly everything they had hoped for, the weather was glorious, and they had a joyous day with their children and family.’

They continued: ‘It was also important to Stacey for her day to uphold her strong Jewish values, as well as be a modern and fun day for everyone.

‘They had always wanted their wedding to be just for them, at their home, and keeping their celebrations intimate did not disappoint.’

Their special day was initially postponed due to the pandemic and later after Stacey became pregnant with daughter Rose, as the parents wanted all their kids to be there to see them walk down the aisle.

Stacey and Joe share two children – son Rex, two, and daughter Rose, nine months, while the TV presenter is mother to sons Zach and Leighton from previous relationships, and actor Joe father to son Harry, 13, who he shares with a former partner.

They met in 2010 when Stacey was crowned ‘Queen of the Jungle’ on I’m A Celebrity… Get Me Out Of Here. Joe, who had won the ITV reality series in 2008, was on presenting duties alongside hosts Ant and Dec.

The pair then began working together on the I’m A Celeb ITV2 spin-off later that year and Joe popped the question four years later.