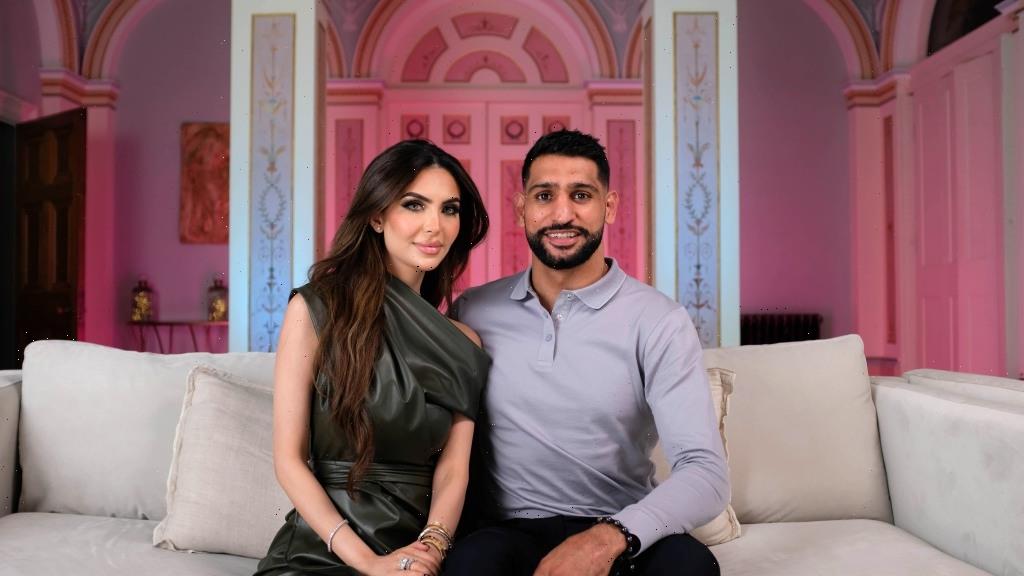 EXCLUSIVE: The BBC has continued commissioning UK production company Chatterbox Media despite discovering its owners Nav Raman and Ali Quirk had at least a dozen complaints lodged against them including for bullying over a 12-month period, a Deadline investigation can reveal.

Deadline has seen correspondence sent by UK broadcasting union Bectu to representatives for the BBC, Channel 4 and Channel 5 outlining “widespread and prolonged complaints of mismanagement and bullying” at Chatterbox, having received “short of ten thousand words of written testimony from Bectu members alleging this behavior.”

That letter, sent in February of this year, asked that the BBC, Channel 4 and Channel 5 “investigate this matter thoroughly and cease existing commissions while an investigation is underway.”

Since then, the BBC, which placed resolving bullying issues at the heart of its latest supplier code of conduct, has greenlit Chatterbox for BBC Three reality series Charlotte In Sunderland, led by Geordie Shore star Charlotte Crosby. Two former Chatterbox employees were emboldened to contact Deadline about Chatterbox’s behavior after reading news of this commission.

After receiving the same letter from Bectu, Paramount-owned Channel 5 has stopped working with Chatterbox. Channel 4 has never commissioned Chatterbox, although the production company received a £20,000 ($24,000) grant from the pubcaster’s Emerging Indie Fund in December 2020.

Along with Crosby, BAFTA-winning Chatterbox has made shows fronted by the likes of British Boxer Amir Khan and chart-topping singer Tinie Tempah. The firm was founded by former Channel 4 commissioner Raman and former Raw TV, Sugar Films and Barcroft Media alum Quirk in 2018.

In a statement to Deadline, the BBC did not directly address the reasons for continuing to work with Chatterbox but said the corporation “does not tolerate any form of bullying or harassment,” adding that all producers contracted by the BBC must have a Respect at Work policy, and “adhere to our strengthened requirements in ensuring a safe working environment.”

“When complaints are made relating to BBC commissions they are handled seriously and appropriate action is taken,” added the statement.

Deadline understands Chatterbox now has a Respect at Work policy in place for Charlotte In Sunderland, which is being filmed in the North East of England. No complaints have been made since February 2022.

The February 2022 letter described “troubling accounts of ritual humiliation, dismissal of complaints, a disregard of staff wellbeing and a deeply embedded toxic work environment” at Chatterbox from late 2020 to early 2022.

It went on to list “daily public humiliation of staff, targeting people in need of reasonable adjustments and flexible working, routinely reducing staff to tears, a regular cycle of resignations and work requests at all hours of the day and night.”

“All [complainants] unanimously attest to this emanating from Chatterbox founders – Nav Raman and Ali Quirk,” said the letter, although Deadline understands the specific complaints of bullying were directed at Raman, not Quirk.

Furthermore, the complainants, who were all women, “strongly suspect that this behaviour is being used to actively achieve an underspend on production budget at the cost of wellbeing and health and safety,” according to the letter.

The letter also reveals that Chatterbox was warned by Bectu after an initial set of six complaints by its members in late 2020 but the behavior continued, with another set of six complaints coming around one year later, at which point Bectu decided its only choice was to contact the broadcasters.

Deadline understands the first six were made during the filming of the debut season of BBC Three’s Meet the Khans, the popular ob doc following the champion British boxer and wife Faryal Makhdoom. There is no suggestion that Khan or Makhdoom were aware of the allegations.

Bectu subsequently wrote to Raman and Quirk with the allegations demanding they change their practices, but the union received a “further deluge of complaints” a year later, according to the February 2022 letter, during the filming of the second season of Meet The Khans and Channel 5’s Sally Lindsay’s Posh Sleepover.

The second season of Meet The Khans was commissioned mere weeks after BBC Chief Content Officer Charlotte Moore wrote to hundreds of suppliers with updated guidelines for dealing with bullying and sexual harassment on set.

When presented with the allegations, Raman and Quirk said that, over the past months, they have “commissioned an independent 360 company-wide review to help create best working practices,” implemented “a host of recommendations” and “been liaising closely with Bectu and our clients, including the BBC, throughout.” The company appointed Vice Media Head of Production Europe Rosie Taylor in a Head of Production role this morning.

“We take complaints very seriously and are passionate about continuing to grow a production company which is truly inclusive and has all aspects of diversity at its heart, both in terms of our team and the ideas we bring to screen,” they added. “We value the relationship that we have with the BBC, as  well as with our other broadcast partners, and will continue to work transparently with them as we grow.”

Since the February 2022 letter, Bectu Head Philippa Childs acknowledged that Chatterbox has “committed to putting appropriate personnel, policies and procedures in place to address staff concerns and drive long-term improvements to its workplace culture.”

“I’ve never worked in such a toxic place”

Deadline has spoken with half-a-dozen people who worked for Chatterbox from late 2020 to early 2022, each of whom back up the claims made in the Bectu letter and some of whom were disappointed by the BBC’s decision to continue working with the indie.

These people variously describe being shouted and screamed at, an expectation to either work or be on call virtually 24/7, multiple people being left in tears and an atmosphere of constant chaos that led staffers and freelancers to quit Chatterbox’s productions midway through filming. Deadline has seen two resignation letters.

In one instance, a source said they sought counseling and had to take time out of the industry after working at Chatterbox.

“I left completely doubting my capabilities,” she said. “That awful period robbed me of my confidence and I know I am not the only person to have been left feeling like this.”

A different former employee, who worked on Meet the Khans, said: “I’ve never worked in such a toxic place. They would get people together for Zoom calls every morning and lay into them, calling them ‘fucking morons’ and all sorts. The expectations and the disregard for our feelings was just horrible.”

Sources spoke of the “dreaded 9AM daily meeting,” when they would be laid into and called out in front of others. Deadline understands former Chatterbox employees are part of a WhatsApp group called the “Chatterbox Survivors Club,” in which they regularly discuss their time working there.

Another former employee, who resigned from Chatterbox one-and-a-half-years ago and is one of the Bectu complainants, said she had “warned [Raman and Quirk] repeatedly that the way they were treating people would get them a bad name, but they just carried on.”

A fourth source described feeling they were being “forced to resign” after stipulating in their contract when they started on a production that they could only work two days a week, only to be “contacted at all hours of the day” and be placed under pressure they had never experienced before.

“It was the most horrendous place I’ve ever worked at,” they added. “I’ve had some difficult jobs and TV can be difficult but seeing people reduced to tears every morning and being screamed at down the phone was too much.”

One person who wasn’t employed by Chatterbox but contracted via a post-production services company also backed up the claims.

“This was bull-in-a-china-shop bullying and it was so blatant it shocked me,” said this person, who told Deadline of a time one of her junior staffers had been left in tears.

The sources, all of whom are known to Deadline but preferred to remain anonymous for this article, also expressed disappointment with the BBC’s decision to continue commissioning Chatterbox.

“The bit that doesn’t sit well with me is the response [from the BBC],” said the source who worked on Meet The Khans. “Chatterbox now say they are taking steps, they’re only small etc, but there is nothing safeguarding new freelancers walking into working there. It feels unsafe.”

A sixth source, who worked on both Meet The Khans season two and Sally Lindsay’s Posh Sleepover, added: “We’re going to lose junior people out of the bottom of the industry if we have companies like this and the BBC needs to take responsibility.”

Bectu’s Childs said “broadcasters have a critical role to play in ensuring these processes and standards are upheld.”

“For the industry to meaningfully address its bullying and harassment problem everyone – staff, employers and broadcasters – must work together to create workplace environments where people feel confident to speak up, ensure concerns are acted upon, and commit to driving tangible change,” she added.

Deadline’s investigation comes with bullying in the UK TV industry firmly in the spotlight, one year after the allegations by 20 women levelled at Kidulthood creator Noel Clarke, which he denies, along with accusations of bullying made by 10 people against Ross McCarthy, the CEO of Just Tattoo Of Us producer Gobstopper Television. McCarthy strongly refutes the majority of these allegations but has apologized for “unintentional hurt caused.”

Bectu and The Film & TV Charity are both running campaigns to overcome long-running bullying issues in the highly-pressured industry and the union ran multiple anonymous testimonies several months back as part of its Unseen on Screen campaign.

Those testimonies included a “celebrated exec” being called out for “verbal and psychological bullying” and a person who started having “panic attacks on their way to work” due to the behavior of a different exec.

What Phase 5 & 6 Look Like; More ‘Avengers’ But Not With Russos; Trailers, Release Dates