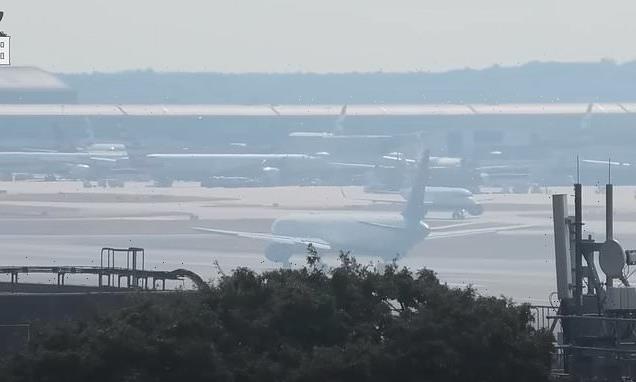 A wildfire has broken out in Surrey, with smoke seen billowing across West London and toward Heathrow Airport this afternoon.

Residents reported smoke in the air up to 30 miles from Hankley Common in Surrey, where scrubland is ablaze.

Surrey Fire and Rescue Service declared a major incident and urged people to ‘avoid the area to allow our crews to work.’

A spokesperson for Heathrow Airport told MailOnline the wildfire was not impacting arrivals or departures.

The service wrote after 2.30pm: ‘We have declared a major incident at Hankley Common due to a large fire in the open.

‘We have several fire engines in attendance.

‘There is a great deal of smoke so please avoid the area, windows and doors should be closed if nearby and pets kept indoors. More info to follow.’ 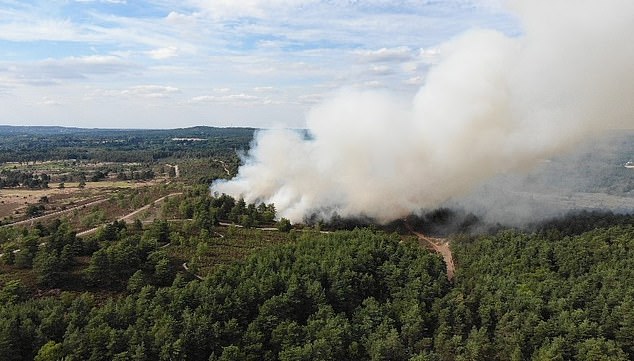 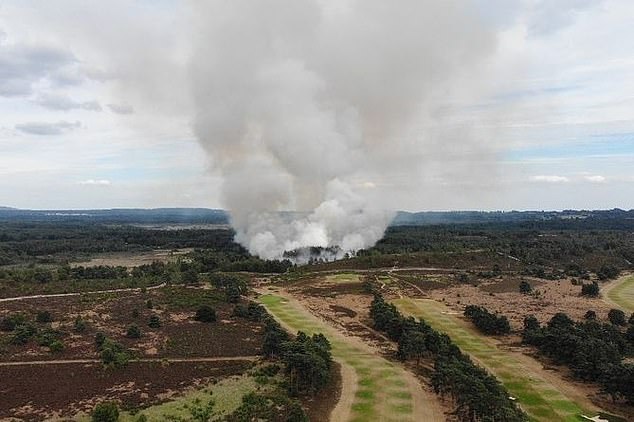 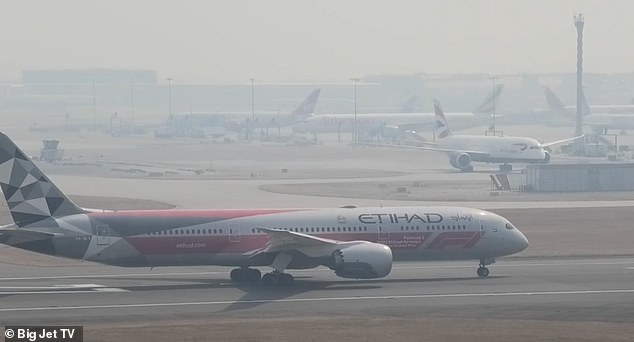 The runway at Heathrow appeared cloudy with smoke from the wildfire in Surrey, west of London 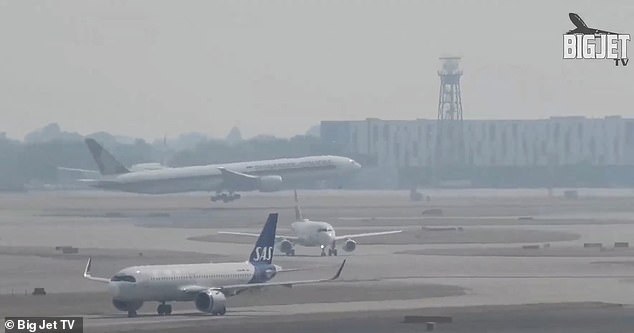 Heathrow Airport was the scene of increasingly smoky air, a livestream on Big Jet TV showed.

Surrey Police tweeted at 4.14pm: We’re currently assisting our colleagues with a large fire in Elstead which broke out on the common this afternoon.

‘Thursley Road is currently closed and we are asking people to stay away from the area while we deal with the incident. Thank you.’ 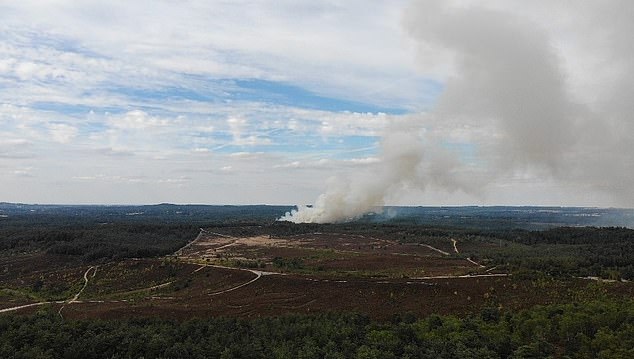 Miles away from the scene of the fire, a birds eye view showed the smoke spread

‘I’ve just been out watering the garden for half an hour and now I’ve got a headache’, one local said.

Smoke billowing from Hankley Common was also visible from the South Downs.

Homeowners up to 30 miles from Hankley Common said their homes were becoming smoky, forcing them to close windows and doors.