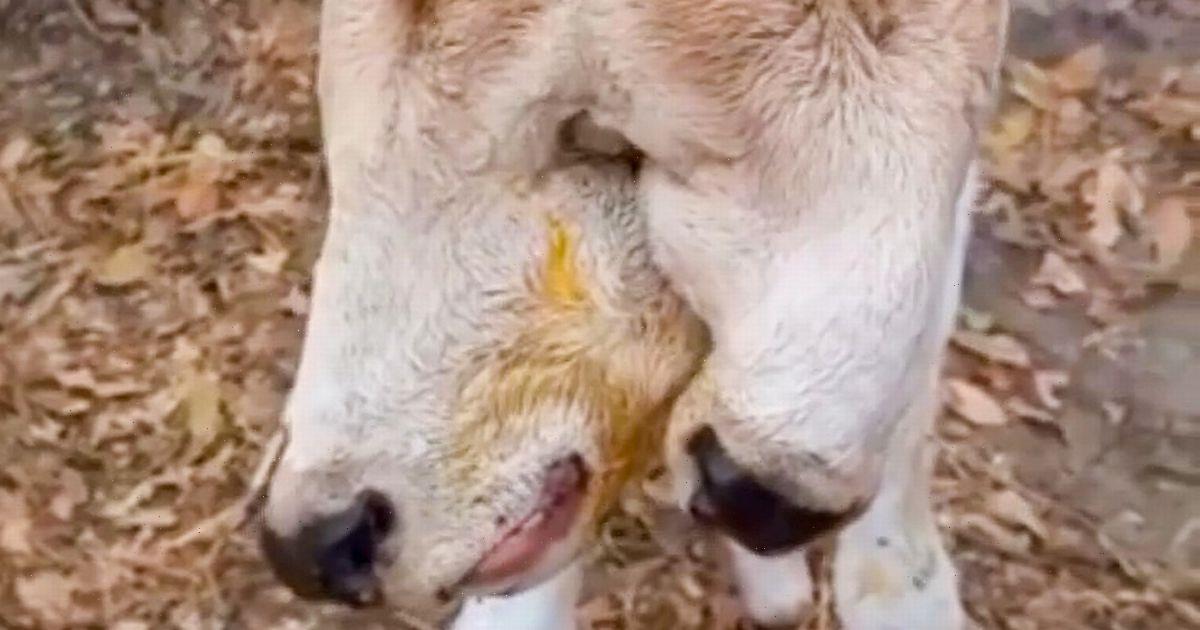 A mutant two-headed cow baby was born earlier this week has shocked the resident of its Brazilian hometown.

The creepy-looking calf was born on a farm in the village of Tapera do Peixe in the Bahia state of the South American country on Monday (July 18) to a very protective mother, before dying four days after its birth as a result of its genetic defect.

Cattle breeder Elidan Oliveira Sousa said: "It's a rare occurrence, an unusual case. My daughter was astonished because she had never seen such a rare event."

He said he and his daughter Elida Sousa, 12, have barely been able to spend time with the strange creature because its mother is so protective of her baby.

Elidan said: "The cow, the mother, didn't let us get close to it. We wanted to get the calf to suckle, to do things properly."

Despite its serious defect, the calf lived for almost four full days before succumbing to the defect yesterday (Thursday, July 21).

Experts say animals with genetic abnormalities such as these are usually either stillborn or die shortly after birth.

Elidan told local media: "We informed vets, but we were unable to take it. We were going to do it this afternoon, so they could look at it, but the calf died beforehand."

He explained that while it is possible for animals to be born with dicephaly even if their parents aren't related, "the probability increases when there is inbreeding".

When it is not a result of inbreeding, dicephaly is caused by factors in the environment – these can be the use of certain anti-worm medicines, ingesting toxic plants, mineral deficiencies, and some viruses, such as the bovine viral diarrhoea virus.

This isn't the first mutant animal to make headlines recently.

The feline named 'Tung Ngern' (bag of silver) and 'Tung Tong' (bag of gold) passed away shortly after her birth in Thailand on Sunday (July 17).