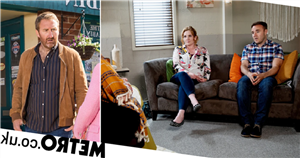 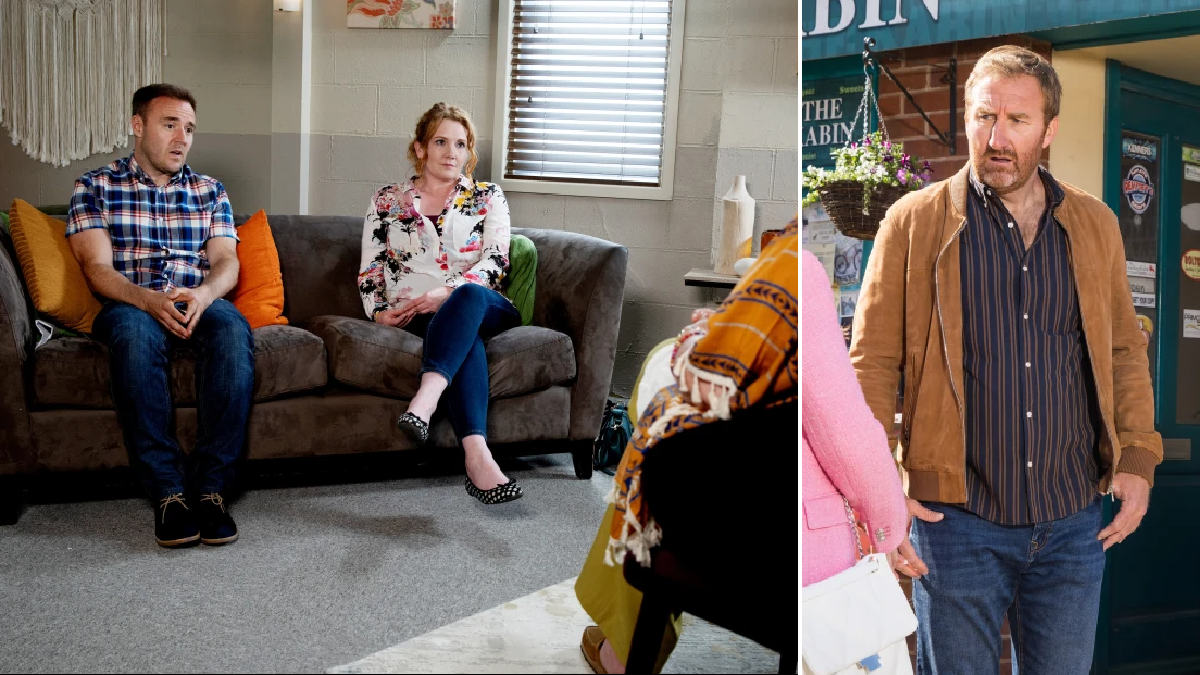 Everything came to a head for Phill (Jamie Kenna) in tonight’s Corrie, as he finally discovered the real reason behind Fiz (Jennie McAlpine) dumping him on their wedding day.

Making one last ditch attempt to save his marriage, Phill took Fiz to couple’s counselling. However, Fiz was left feeling awkward as they sat face to face with the very same counsellor that she and Tyrone (Alan Halsall) had been seeing.

Having accepted that their marriage was really over, Phill took to the Rover’s in order to pluck up the courage to sign the annulment. However, when he realised his phone was missing, he returned to the counsellor’s office, where Fiz and Tyrone were in the middle of a session!

Things went from bad to worse as Phill said goodbye to Ruby (Macy Alabi) and Hope (Isabella Flanagan), with the latter letting slip that Fiz spent her wedding night with Tyrone.

This was the final straw for poor Phill, as he berated the couple in the Rovers, referring to the annulment paperwork as Fiz’s own ‘declaration of independence’.

He went on to explain that following the declaration of independence was a war, which perfectly segued into his own declaration of war on his wife and her partner.

Can Fiz and Tyrone finally move on with their relationship, or is Phill set to seek revenge?