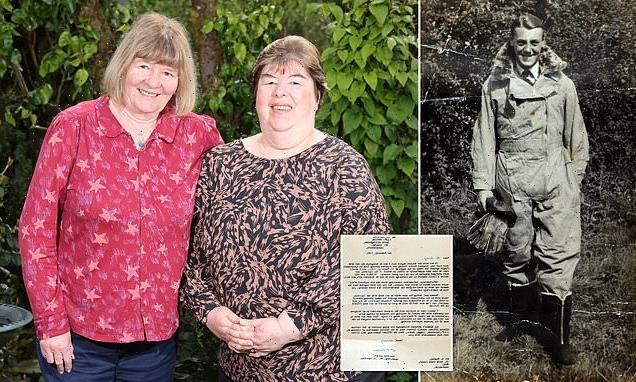 Family discover the fate of a lost Second World War RAF airman 70 years on, thanks to the Daily Mail

When builders renovating a house discovered a collection of letters detailing the dramatic last moments of a Second World War RAF airman under floorboards, they began a quest to reunite them with his family.

After having no luck finding relatives of Sergeant Norman Tinsley, a radio operator who died on a bombing mission just months before the end of the conflict, they handed the documents to a local historian who enlisted the Daily Mail’s help.

We have now been able to hand over the crumpled manilla envelope, stuffed with more than 30 telegrams, handwritten letters of condolence and photographs, to the airman’s astonished relatives more than 70 years after his heroic death. 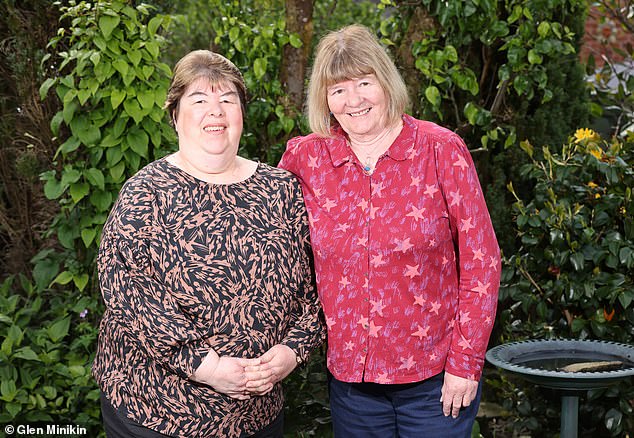 The communications begin with a telegram from RAF North Killingholme in Lincolnshire dated ‘Bury 2 Feb 45’ which states: ‘N. Tinsley is reported missing from operations’ and closes ‘No information should be given to the press’.

Over the course of a series of letters and official documents written to 20-year-old Sgt Tinsley’s parents, George and Emma, at their home in Bury, Greater Manchester, the fate of their son and his terrifying last moments are revealed.

One letter from the Air Ministry, two months after he disappeared, explains how Sgt Tinsley had been among the crew of a Lancaster bomber involved in a mid-air collision with another aircraft over France as they flew back from a mission to Ludwigshafen, near Heidelberg, western Germany, on the night of February 1, 1945. 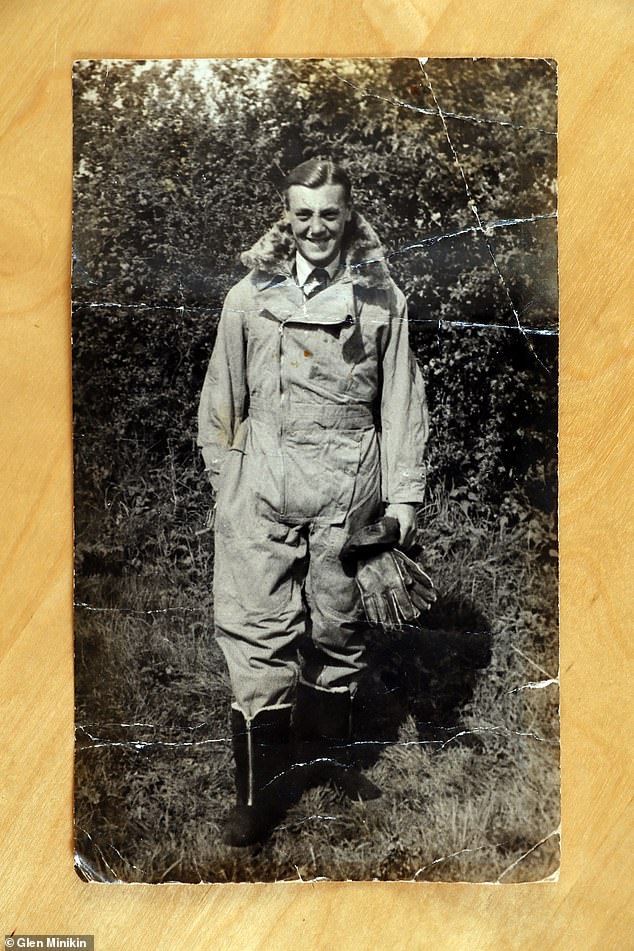 The correspondence states: ‘Sgt Tinsley gathered with the others at the rear escape hatch when the order was given to abandon aircraft… At 5,000 feet the captain received no response on the intercom and, believing that all his crew had gone, managed, with some difficulty, to leave by the front escape hatch.

‘As there has been no trace of your son and Sgt [Andy] James it is presumed they crashed with the aircraft. The other five members of crew baled out safely and are unable to suggest any reason why these two should have remained behind.’

The envelope also includes handwritten notes to Sgt Tinsley’s parents from his airforce pals, best friend and other relatives. 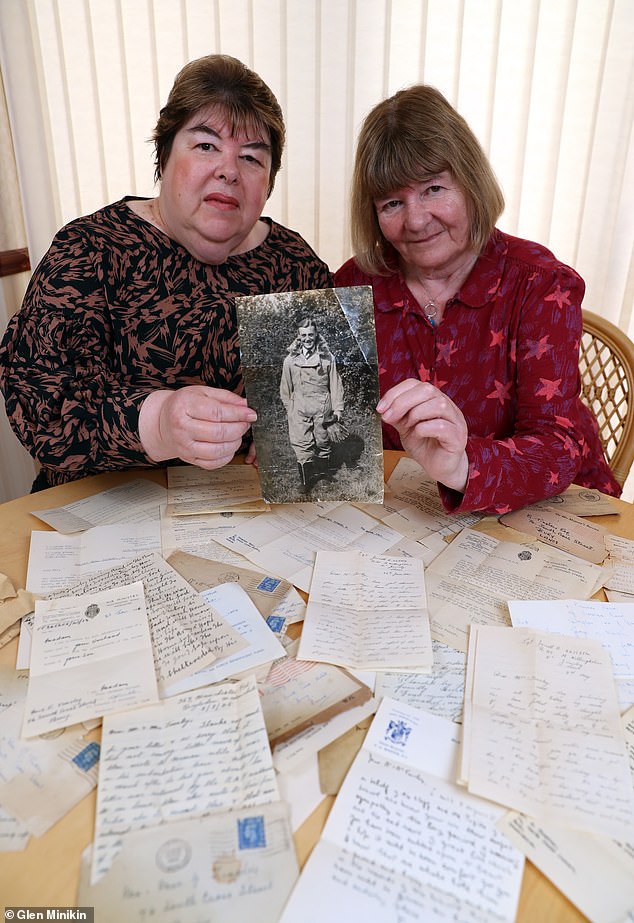 Sandra Colls (L) and her sister, Gillian Carter (R) are the great nieces of Norman Tinsley 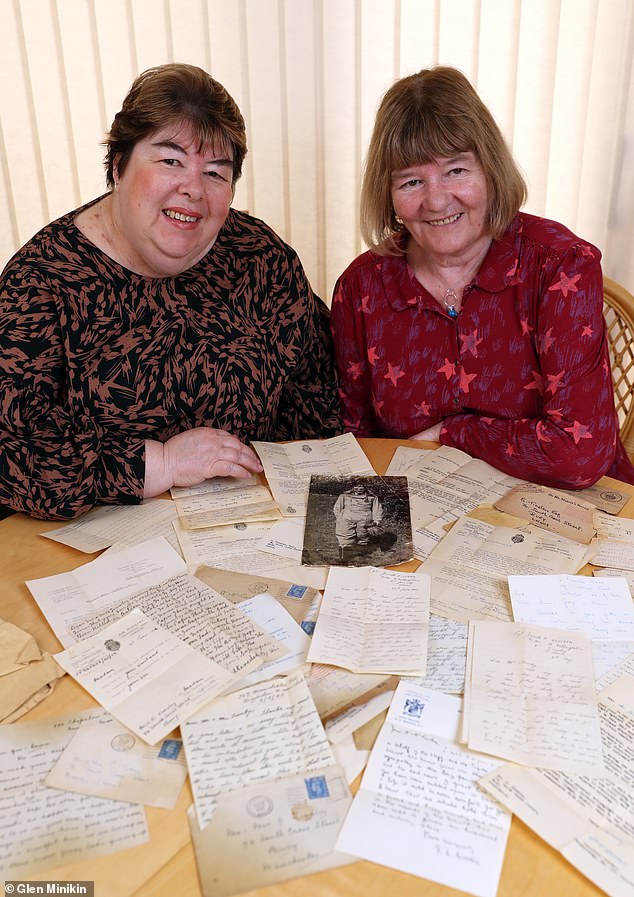 A letter, from Sgt Tinsley’s leader at 550 Squadron, reveals that the airman was on his ‘sixth operational mission against the enemy’ when he died and was a ‘popular’ and ‘efficient and skilful wireless operator’ who would be ‘greatly missed’.

After receiving the letters, the Mail’s experts discovered that Sgt Tinsley’s mother had a brother, Joseph, whose two granddaughters, Sandra Colls, 62, and her sister Gillian Carter, 69, still live near Bury and we were delighted to hand over the lost letters to them.

The women remembered his sister Nora, who died in 2011 aged 79, but they had no idea of her brother’s sacrifice. Mrs Carter said: ‘It’s just such a surprise to find all this out after all these years. It’s so poignant. It really brings it home, these young lads gave everything for us.’

Sandra Burke, 79, whose late builder husband Brian found the letters, said: ‘When I started to read them, they touched my heart. I was two when my brother Ernest was killed fighting in Germany. He was the same age as Norman. I’m chuffed that the Daily Mail have found his family, it’s made my day.’