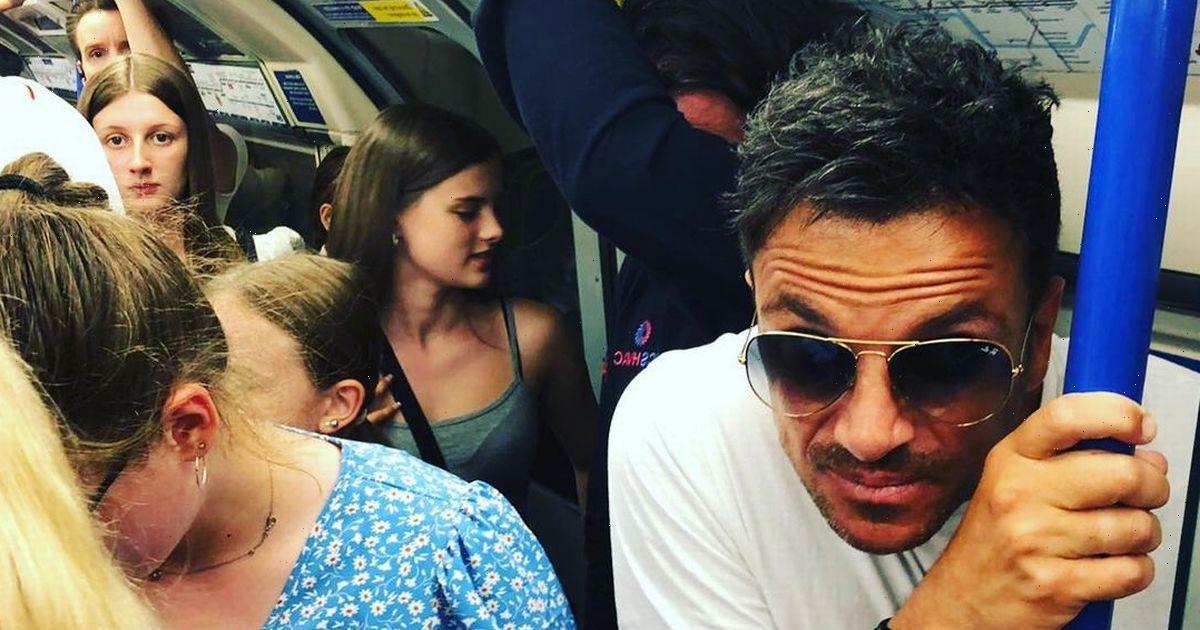 Peter Andre was labelled "brave" by his fans after he uploaded photos of him riding a packed tube while visiting London.

The musician, 49, posted a couple of photos on Instagram of him ducking and holding onto a pole on an incredibly busy tube train.

Captioning the post, he blamed his friend for boarding the tube instead of opting for another way around London. He wrote: "Let’s get on the tube says @ripps_"

In the photo, you can see Peter wearing a white t-shirt along with some sunglasses as he shared one of the train poles with a young woman – with a group of people also in close proximity behind him.

However, in the second photo, he seems to have found the funny side of things, doing a cheeky smirk as he looks away from the camera.

Peter's fans were quick to label him as "brave", with the city dealing with some of the hottest temperatures in the UK's heatwave earlier this week and the tube being incredibly warm in the summer.

One person wrote "Corrrrr you’re bloody brave", while a second said "Well done for braving the tube in this heat".

Other fans were quick to point out that his "disguise" was not up to scratch, only wearing a pair of aviator sunglasses to hide his identity.

One person said: "Are you honestly thinking the sunglasses will make a good disguise? I'd know that face anywhere!"

Another person wrote "Nice aviators. Surely you got noticed" and a third asked "How has no one recognised you?"

This comes as Peter revealed he received a call from his ex girlfriend, Spice Girl Mel B, while she was live on The Masked Singer Australia to ask him whether he was secretly on the show.

Writing in his weekly column for OK! , he wrote: "You may know that Mel B is a judge on The Masked Singer in Australia and she decided to call me live from the show to ask if I was Snapdragon!

“I said, ‘I’m in England and I’m in Grease in the West End, so it’s unlikely!’ I was then asked if I’m travelling between the UK and Oz to do both shows.

"I don’t think even Elon Musk could help me travel that quickly. Maybe one day…”

Pete and Mel dated for nine months back in the 1990s and are now good friends.

The singer, who is now married to NHS doctor Emily, has previously described how Scary Spice made him “grow up”, but also left him heartbroken.

Speaking on Piers Morgan 's Life Stories back in 2011, he said: "I really liked Mel but she broke my heart. She treated me like I'd treated other women in the past and she made me grow up."

He added: "We're good friends now and laugh about it. I have only ever slept with one Spice Girl."