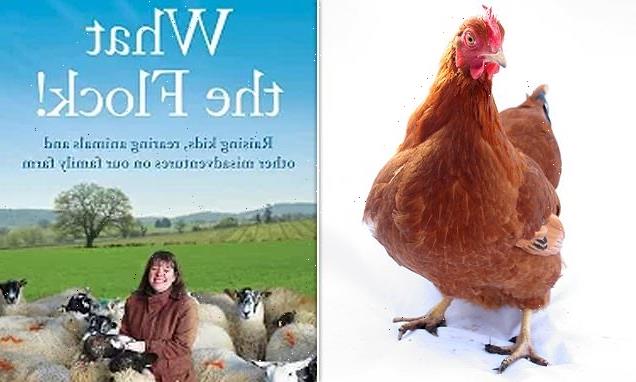 Hen who walked the bride down the aisle: Sally Urwin tells a jolly tale of her farm escaping financial hardship by hosting weddings

WHAT THE FLOCK! RAISING KIDS, REARING ANIMALS AND OTHER MISADVENTURES ON OUR FAMILY FARM

‘I don’t think that sheep’s very well,’ said the elderly woman in the High House Farm tea shop. ‘No,’ agreed farmer Sally Urwin, inching in front of her to block the woman’s view. ,

In fact, the old ewe had keeled over and died that morning. With nobody available to move the carcass, Urwin had decided to re-arrange the body so tea shop customers would think the sheep was just napping.

But the summer heat had caused its body to bloat — by the lunchtime rush, the animal was completely spherical with gas: ‘Like a round ball with little sticky legs at each corner. No one could possibly think she was asleep.’ 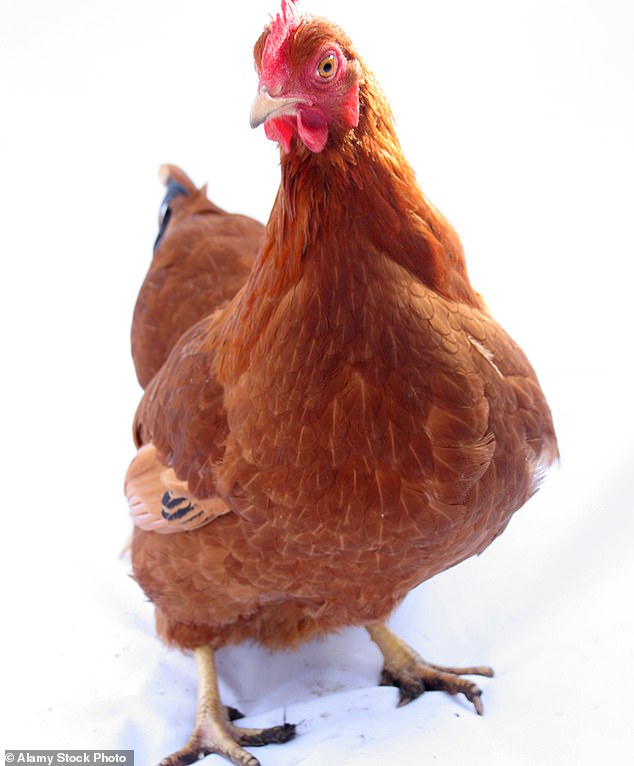 In her second book Sally Urwin tells funny tales of the farm getting itself back on its feet. Including a hen named Marjorie the Fourth appearing in every wedding photo

Distracting her beady-eyed customer with a fresh pot of tea, Urwin began to wish she’d built the tea room much further away from High House Farm’s main operation. But profits from the tea room, wedding barn and micro-brewery are all essential to the survival of the Northumbrian farm that Sally Urwin runs with her husband, Steve. In her first book, A Farmer’s Diary (2019), Urwin described her unlikely transformation from financial marketeer (‘I wore smart suits and big heels, and got my acrylic nails refilled every four weeks’) to mucksplattered shepherdess after she met Steve on a dating site in 2004.

In this sequel, she’s blunt about the financial struggles facing farmers. High House Farm ran into money problems after the foot-and-mouth epidemic of 2001. Although their flock was not infected with the disease, Steve was forced to send almost all his lambs to the Government’s hastily cooked up ‘Slaughter Scheme’. They were left £100,000 out of pocket. They had to sell all their cattle and ‘diversify’.

But Urwin tells a jolly tale of thefamily’s adventures hosting weddings. Without the funds to hire many professional staff, the couple drafted in her parents.

The quirkiness of the operation soon drew in the paying public. Wedding parties were delighted when a hen called Marjorie the Fourth made it clear she wanted to appear in all the photographs. Sometimes even ‘walking down the aisle ahead of the bride, drawing gasps and giggles from the guests’.

The Urwins’ children — Ben and Lucy — who grew up bottle feeding lambs and collecting eggs, are now in their teens. Urwin writes: ‘Sadly I’m not at all sure their future will be at High House.

The state of the industry, the sheer amount of hard work and the poor returns mean we hope they will find another career first, before deciding if they want to take over the farm which,’ she concludes, ‘is both a joy and a millstone around our necks.’