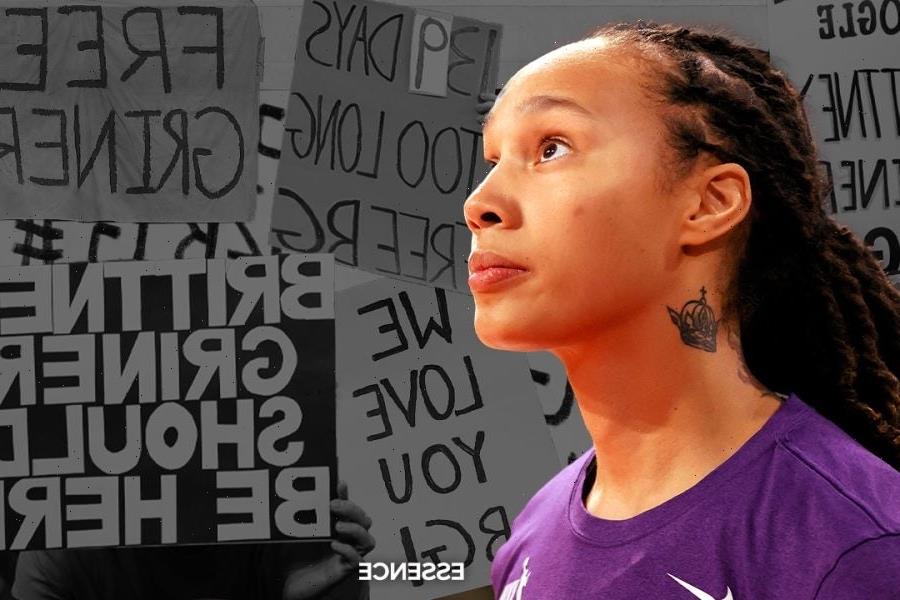 For over five months, Brittney Griner has been wrongfully detained in Russia, where she’ll remain indefinitely following her guilty plea in court on July 7th. Imprisoned in one of the most repressive and exploitative prison systems in the world and standing trial for drug trafficking accusations in a country with disproportionately punitive and discriminatory drug policies against marginalized populations, Griner faces an uncertain future which is largely a consequence of the negligence and inaction of the U.S. government.

For nearly a decade, starting in 2014 at 23, Griner has been among dozens of players who migrate overseas to Asia and Europe after the WNBA summer season ends. These migrations preceded the establishment of the WNBA and show no signs of stopping because of the limited career and salary progression and training opportunities for women basketball players in the U.S. This is understood across the world of sport, which is why Griner played center for UMMC Ekaterinburg, and just as she does at home, she won abroad, often playing in front of sold out crowds.

The vulnerabilities faced by athletes and the obstacles they encounter in pursuit of decent work are also understood. Member nations of the Organization for Security and Co-operation in Europe and the International Labor Organization (ILO) – which include the United States and Russia – came together in 1975 to sign the Helsinki Act and agreed that cooperation was necessary “to ensure, through collaboration between the host country and the country of origin, the conditions under which the orderly movement of workers might take place, while at the same time protecting their personal and social welfare.” This is inclusive of athletes, and includes “contacts and exchanges…including sports meetings and competitions of all sorts, on the basis of the established international rules, regulations and practice”.

The Points of Consensus for the ILO’s Global Dialogue Forum on Decent Work in the World of Sport expressly acknowledge gender- and race-based violence and discrimination faced by athletes and recommend that, through anti-discrimination legislation and effective redress mechanisms that “athletes be protected from “acts of violence, racism, abuse and discrimination at all times.”

The Universal Declaration of Players Rights entitles every player “has the right to the protection of the law and equality before it” and is “entitled to due process, including where charged, to the presumption of innocence. Any penalty must be lawful, proportionate, and just”. And still, in spite of accords, agreements, declarations, governing bodies and governments meant to ensure the safety and security of athletes across the world, Brittney Griner has been detained and disappeared.

“How does Brittany Griner just get disappeared, this top-of-her-game athlete who has been a superstar since she was a Baylor bear?” is the question posed by Dr. Letisha Brown, a Black feminist sociology professor at the University of Cincinnati, when asked for her initial reactions to Griner’s detainment. It is a question we all must now sit with.

For Brown, whose recent work on Black athlete women draws attention to the existence of misogynoir within the realm of sports, Griner’s Black, lesbian womanhood must be acknowledged. Brown explains that “Brittany Griner is detained in Russia, where there are politics towards LGBTQI+ people and communities are detrimental, in a country at war where Black refugees have documented human rights violations. We can’t ignore these things. She is this visibly Black woman and a lesbian, a trifecta, and it is okay for her to be disappeared. She pushes all these boundaries about what it means to be a woman, and people don’t like that.”

“Black athletes leave their nations and win national championships for nations across the world, as Brittney has done,” adds Dr. Javier Wallace. “A nation with the best infrastructures for basketball, and she, like so many others, had to uproot herself, become mobile, and migrate to another country and win and build up their nation and to build up their basketball programs. What is her nation doing for her,” said Wallace, a Race and Sport Postdoctoral Associate in the Department of African & African American Studies at Duke University.

Wallace’s work on basketball trafficking on Black youth in the United States provides further insight into the consequences of immigration, sport, and labor policies and practices that fail to address the exploitation of Black players across borders. Griner, he explains, is “among thousands of black athletes that are in movement and in trouble. There are many of them here in the U.S. who are victims of basketball trafficking, young people from all over the world but specifically young Black people from Africa, Latin America, and the Caribbean. And we don’t know anything about them. Many people can’t see them. They can’t read them as legible victims…[and] thousands of young people that are athletes that are mobile and especially vulnerable are in equally troubling situations.”

Across borders, the rights of Black migrants are violated regardless of national origin, citizenship, or visa category and status. Black international students were subjected to anti-Black racism while fleeing the outbreak of the war in Ukraine. Thousands of African immigrants in Russia have been reported to be facing deportation since the summer of 2021 despite outreach to the European Union. Caribbean migrant workers in Britain and Canada and Black immigrant domestic workers across the Middle East and the United States have also reported unjust, unlawful labor conditions and detainment throughout the Covid-19 pandemic.

A recent report shows that 95% of asylum claims lodged by Black lesbian asylum seekers in Germany are rejected after the initial interview. Haitian asylum seekers were whipped on the US-Mexico border in September of 2021, horrifying Black people globally. And most recently, at the Spain-Morocco border in Melilla, at least 23 African migrants were killed while seeking refuge.

None of this exists in a vacuum. The exploitation and insecurity faced by Black migrants across borders are beyond anything most of us can imagine.

Brittney Griner is one of those migrants and she stands trial as a Black lesbian in a country where rights of the LGBT+ community and Afro-Russian community are regularly denied. She is navigating the complexities of international law and, as Dean Karen E. Bravo of Indiana University Robert H. McKinney School of Law argues, in Black Female “Things” in International Law: A Meditation on Saartjie Baartman and Truganini, “the past and present exploitation, commodification, and dehumanization of Black women shaped, were shaped by, and continue to influence international law.”

With every moment passed, the immeasurable harm done to Brittney Griner increases. Still, the U.S. government inspires only distrust and a lack of confidence in their efforts and willingness to #BringBrittneyHome. It is past time for the U.S. government to bring Brittney home. She, and those like her, deserve much more than a world that applauds her performance and labor on the basketball court but fails to act and advocate when she is detained indefinitely.

Nana Afua Yeboah, Ph.D. is an interdisciplinary scholar, researcher,  writer and storyteller with a decade’s worth of experience across the federal government, nonprofit, philanthropy, and education sectors. She is founder of Diaspora Praxis, LLC, a research consultancy where she builds on years of research, writing, event curation, and advocacy experience. You can learn more about her work here.