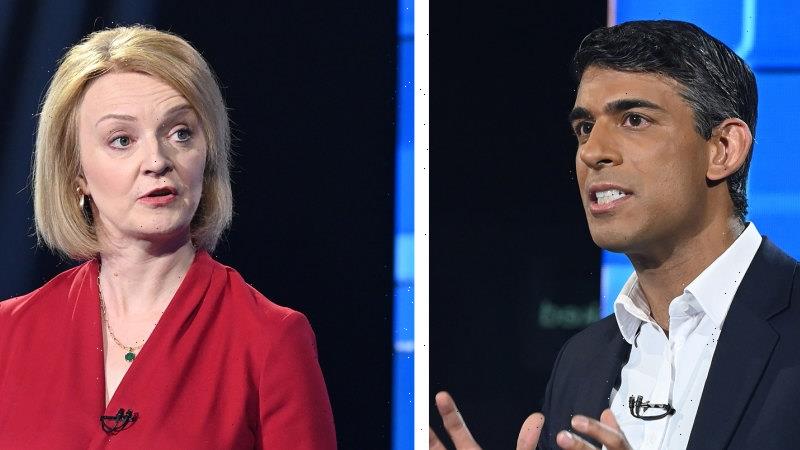 London: Liz Truss has sensationally staged a last-hour comeback to be named Tory MPs’ second choice to replace Boris Johnson, pitting the foreign secretary against the prime minister’s former chancellor Rishi Sunak in the contest to replace him.

Sir Graham Brady, chairman of the 1922 backbench committee announced that of the 357 votes cast, 137 backed Sunak and Truss 113 leaving 103 votes for Penny Mordaunt who was eliminated from the race. 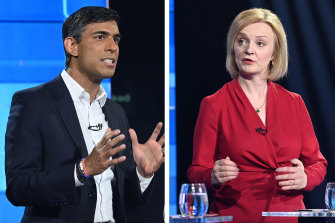 Rishi Sunak will face off against Liz Truss in the battle to replace Boris Johnson as Britain’s prime minister.Credit:Getty Images

There were two spoiled ballots. Mordaunt said in a tweet: “Thanks everyone for all your hard work.”

“We go forward together.”

The battle will be decided by roughly 160,000 Tory members and will end on September 5 with the Conservatives producing either Britain’s third woman prime minister or the UK’s first from an ethnic background.

Sunak, a former hedge-funder and multi-millionaire in his own right and married to the daughter of an Indian billionaire, has been the frontrunner during the entire contest.

But he is the target of the deposed prime minister and his supporters who believe Sunak was plotting a leadership campaign for months contributing to Johnson’s demise.

Sunak and former health secretary Sajid Javid quit Johnson’s cabinet on July 5. Three days later Sunak launched his leadership bid with a slick video that set out his family background and promised to be upfront with the public about the challenges ahead.

He hit out against candidates who would tell the public “comforting fairytales” by pretending that tax cuts could be delivered while the budget deficit is forecast to be £128 billion ($228 billion), equivalent to 5.4 per cent of the UK’s GDP.

Hours before the result was announced inflation hit a 40-year high of 9.4 per cent, underlining that the cost of living will be the central issue in the contest. 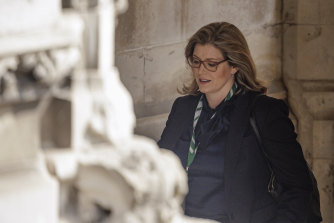 Penny Mordaunt was eliminated in Wednesday’s vote, leaving Rishi Sunak and Liz Truss in the running to be the next Conservative Party leader.Credit:Getty

Sunak voted “Leave” during Brexit but is backed by Tory centrists and moderates, many of whom voted for “Remain”, because they believe he has the ability to reach the public. He became a household name during the COVID-19 pandemic as a result of the furlough scheme and the “Eat out to Help Out” campaign aimed at stimulating the hospitality industry.

Truss, a one-time Liberal Democrat, campaigned for “Remain” during the EU referendum but has refashioned her image as a low-taxing Conservative Brexiteer.

She is backed by huge parts of the right who backed Brexit and is believed to have the unofficial backing of Johnson.

This is because she is promising a tougher stance on China, to cut taxes and possibly shake up the Bank of England, believing that it loosened monetary policy too hard and for too long, contributing to inflation.

Having served in the cabinet under David Cameron, Theresa May and Johnson, she is also running on a record of having delivered, particularly as foreign secretary and previously trade secretary, trade agreements with Australia and New Zealand and rollover deals with numerous other countries after Brexit.