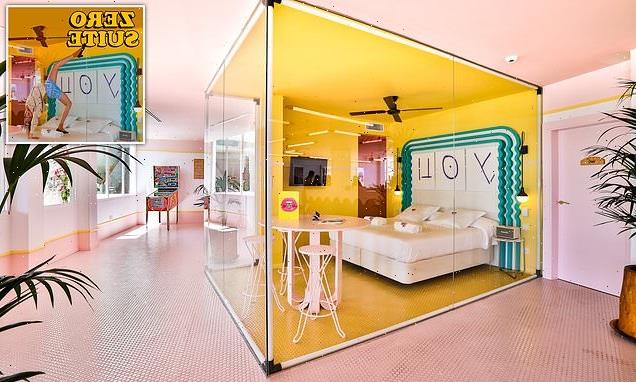 The Spanish hotel you can stay in for FREE…but you do have to sleep in a glass-walled room in reception where anyone can see you!

A beachside hotel on Ibiza is enticing guests who ‘like being the centre of attention’ to stay for free in a new glass-walled room in reception.

The so-called Zero Suite at £150-a-night Paradiso Art Hotel in Sant Antoni de Portmany is touted as ‘beautifully decorated and aesthetically pleasing’ – but made completely out of glass.

It’s also right in the middle of the hotel lobby, meaning any privacy will go right out the window. 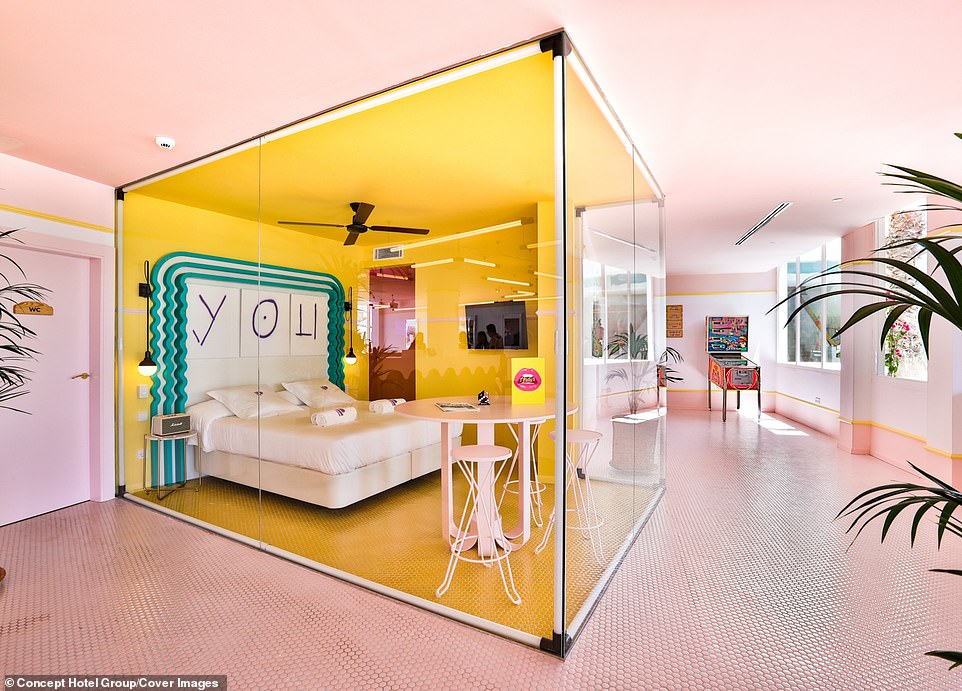 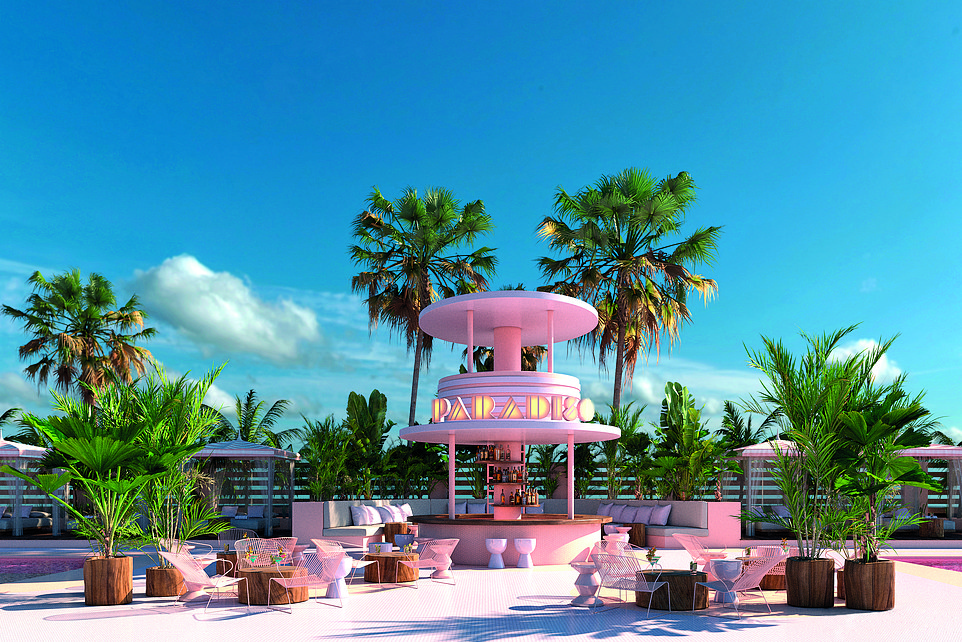 The wacky Ibiza beachside haunt usually charges £150-a-night, but a night at Zero Suite is free

But, the hotel hastens to say, the suite’s toilet and shower area is definitely private.

It added that the room is ‘available for artistic performances, radio broadcasts and DJ sets’ – and ‘not suitable for wallflowers’.

Dubbed to include ‘endless possibilities as long as you like being the centre of attention’, Zero Suite has already generated plenty of talk.

One Instagram user said: ‘Had half a nights sleep in there!

‘People banging on the windows [was] not fun but the experience was great!’

Another asked whether it was possible to ‘dim’ the glass for a little bit of peace and quiet.

The answer, they were told, is no.

Paradiso Art Hotel is one of Ibiza’s edgier beachside haunts, with a vintage disco design and retro features.

Models and influencers frequently appear at the hotel for social media photoshoots. 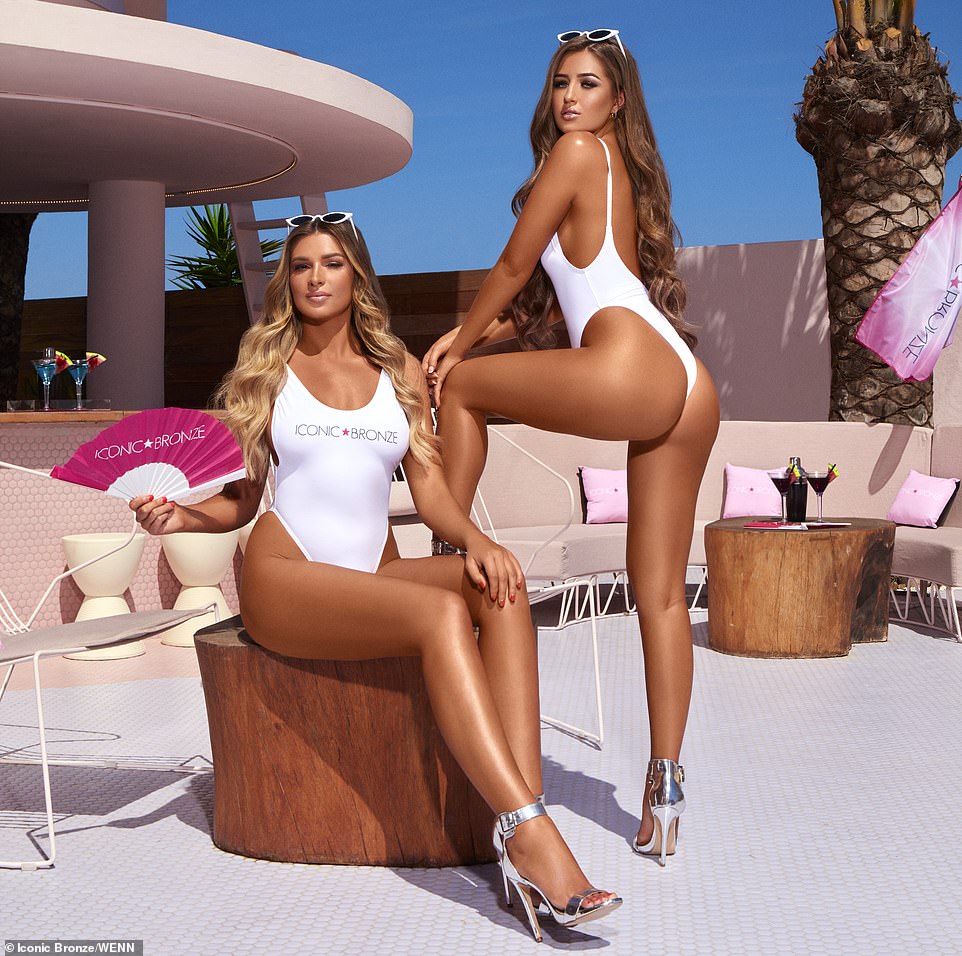