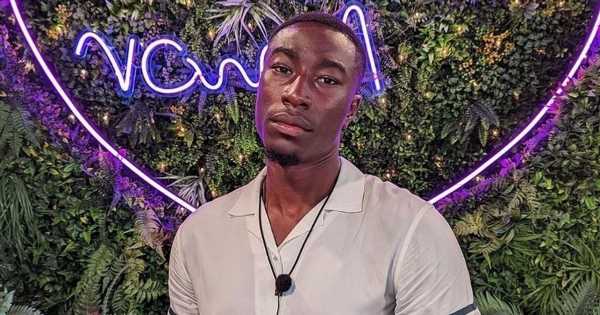 Love Island fans have been left convinced that one of this year's contestants has quit the villa after he's been 'missing for three days'.

The Islander in question is one of the villa's most recent contestants, Deji Adeniyi, 25, who hasn't seen much airtime following the demise of his short-lived relationship with Indiyah Polack, 23.

Deji entered the Casa Amor villa on Day 26 of Love Island, where he coupled up with Indiyah and became a legitimate contestant in the main villa.

Things were not over between Indiyah and her former partner, Dami Hope, 26, however, Indiyah cooling things off with Deji after realising her true feelings for Dami.

Deji hasn't been getting much airtime recently on the hit ITV2 show, after much of the show has been focused on Jacques O'Neill's departure, tensions rising between Davide Sanclimenti and Ekin-Su Cülcüloğlu, and Gemma Owen and Luca Bish going on a date.

Fans have taken to social media to comment on Deji's apparent absence from the show, with one person writing: "Can someone contact spanish authorities & file a missing person report for deji i haven’t seen him even in the background for like 4 days."

A third said: "Do we need to fill out a missing persons report for deji cause i haven’t seen him in like 4 episodes ??"

Someone even lamented the lack of 'common sense' in the villa, Tweeting: "Deji man. Where are you. You are missing in this villa. I haven't seen you once in this whole entirety of this bulls***. We needed your common sense."

Deji's own family, who have taken over his social media accounts during his stint in the villa, have even commented on his lack of airtime.

A few days ago, they posted a picture of a shocked looking Deji at the post-Casa Amor recoupling, with the caption: "The boy didn’t get much air time today but here’s a funny pic from yesterday!"

In Deji's Love Island entrance interview, he admitted that his "sex life is amazing" but his "love life is awful," hence why he wanted to enter the villa.

After being asked "why now?", he said: "The reason why is that my sex life is amazing but my love life is awful. I am the master of failed talking stages. My love life isn’t going the right way so one night I decided to apply for Love Island and now I’m here!"

Speaking about what he thought he would bring to the villa, Deji said: "I’m really going to wear my heart on my sleeve through this. I’m hoping I’ll bring an energy that makes people realise that love is real! A lot of people take the power of love for granted and I hope people are more open to their sensitive side. I was someone who was really closed off to it."