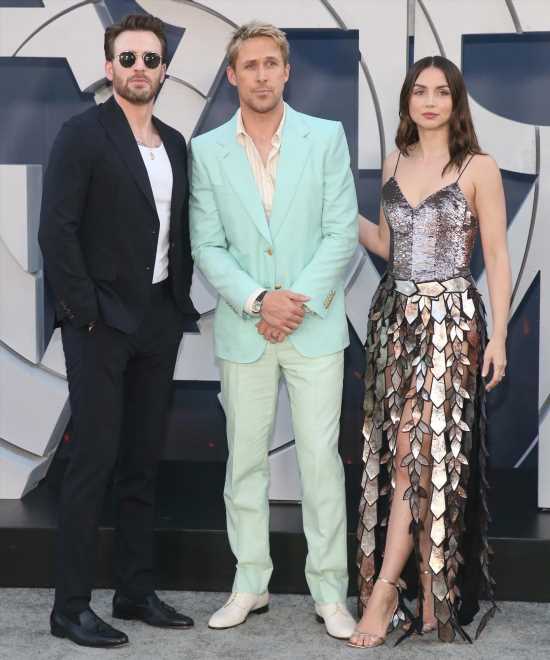 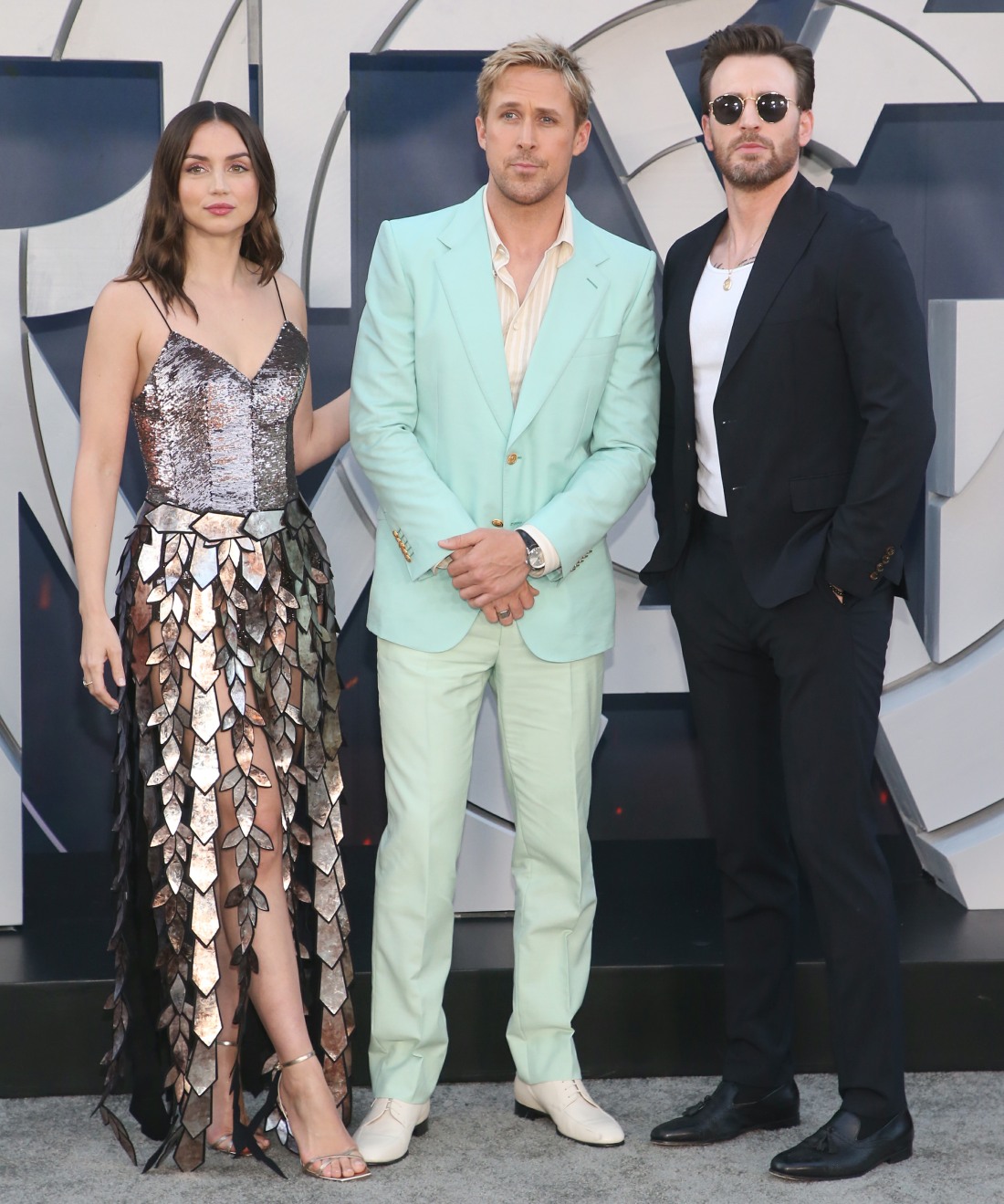 Here are some photos from last night’s LA premiere of The Gray Man, which is a big Netflix movie starring Chris Evans, Ryan Gosling, Ana de Armas and Rege-Jean Page. It’s directed by the Russo brothers and it looks full of action/drama/espionage. Great supporting cast too – Billy Bob Thornton, Wagner Moura, Alfre Woodard and on and on. You can see the trailer here.

Fashion-wise, the premiere was a little bit of a bummer. Ryan Gosling is still in his Barbie-World era, with his bleached hair and Easter-egg-colored ensemble. I mean, I think he looks nice, actually. Chris Evans phoned it in with a boring suit and sunglasses. Ana de Armas wore a Louis Vuitton dress and her hair looked sad. Like, you really have to make an effort to get Ana to look this bad/boring on a red carpet. The LV dress itself isn’t terrible, but I would have chosen something different for this premiere. And it definitely looks like she threw on the dress after a workout.

I kind of think Alfre Woodard looks the best out of everyone at the premiere? Rege-Jean looks nice too although his pants are a huge NO. What a strange red carpet. 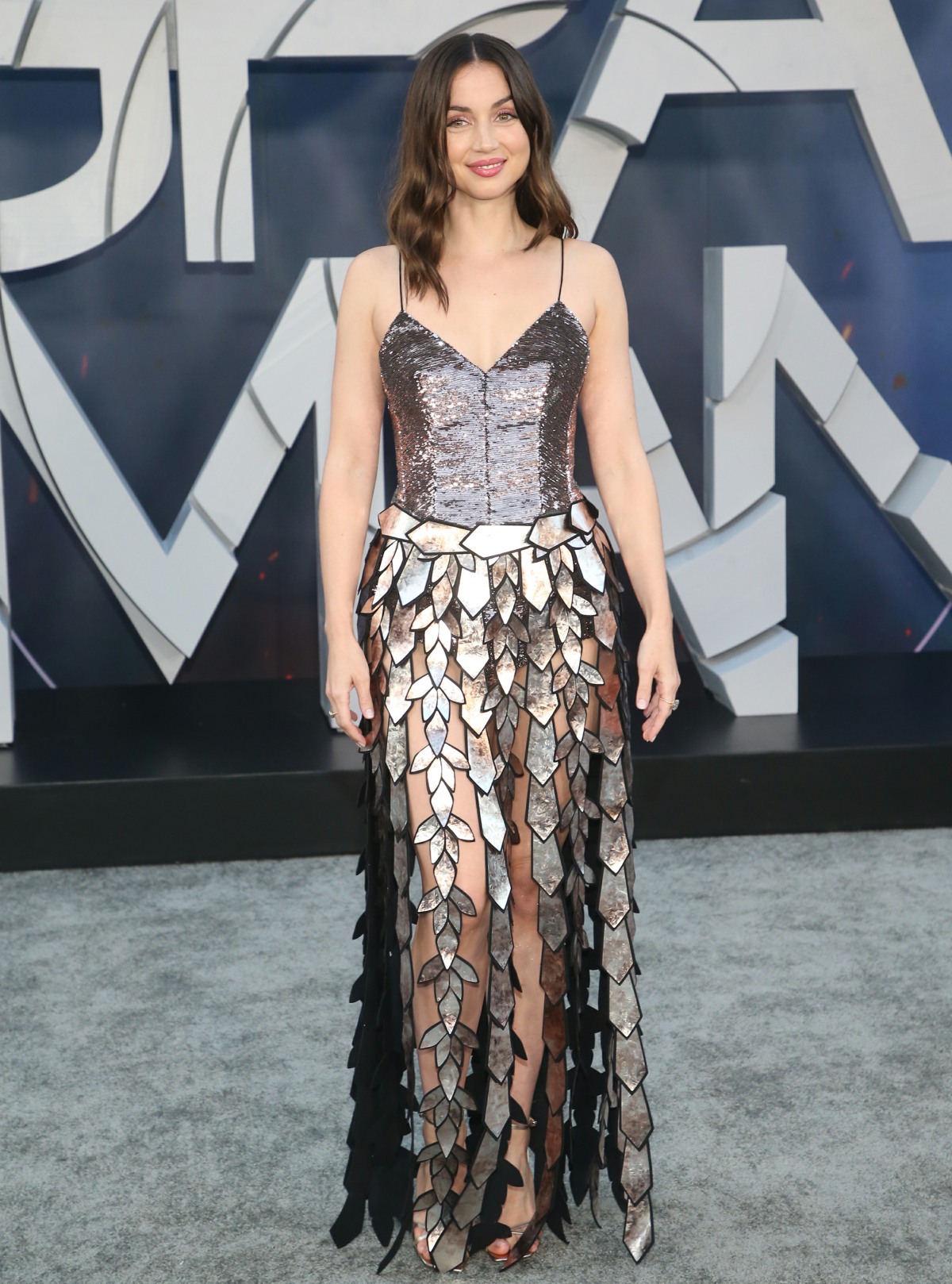 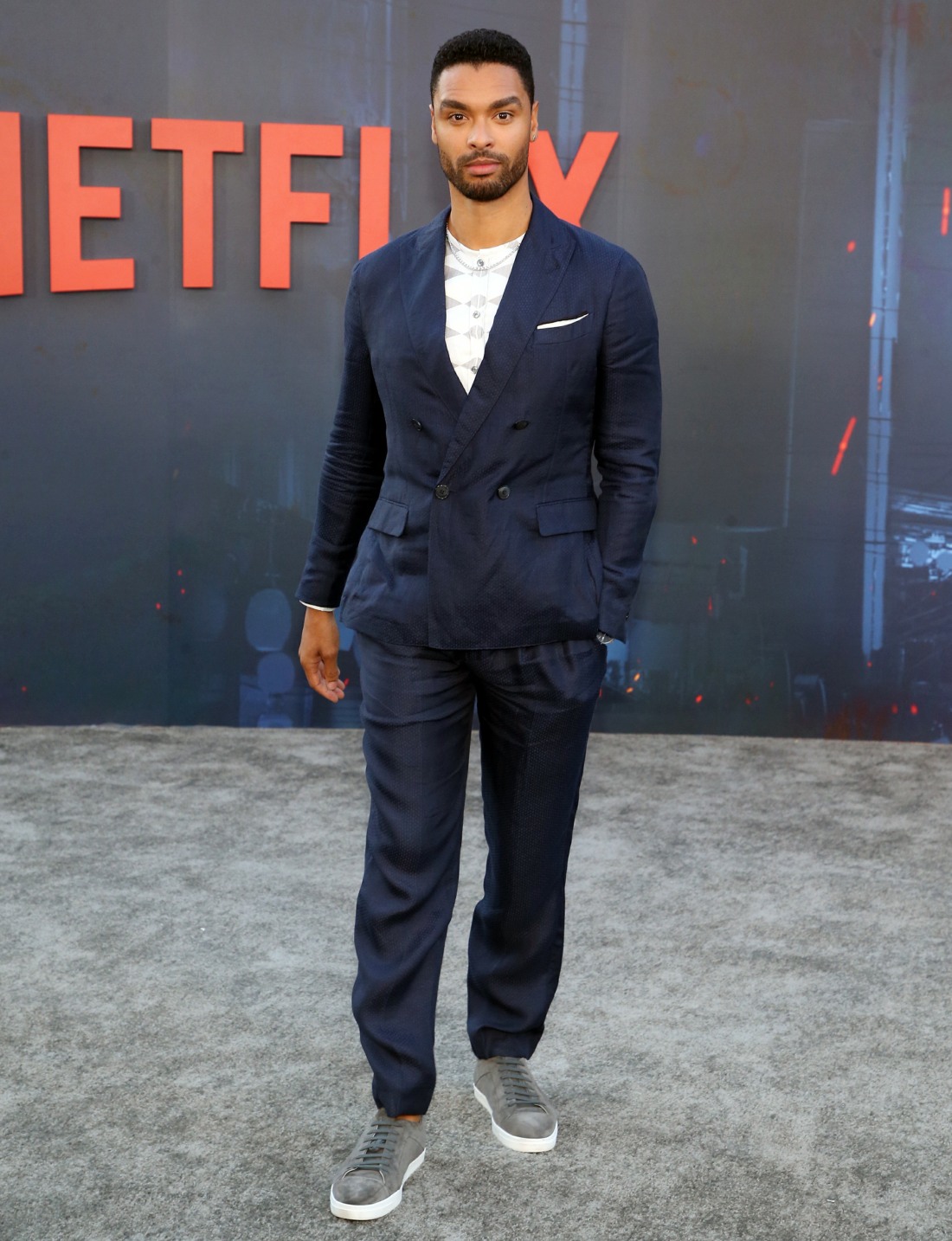 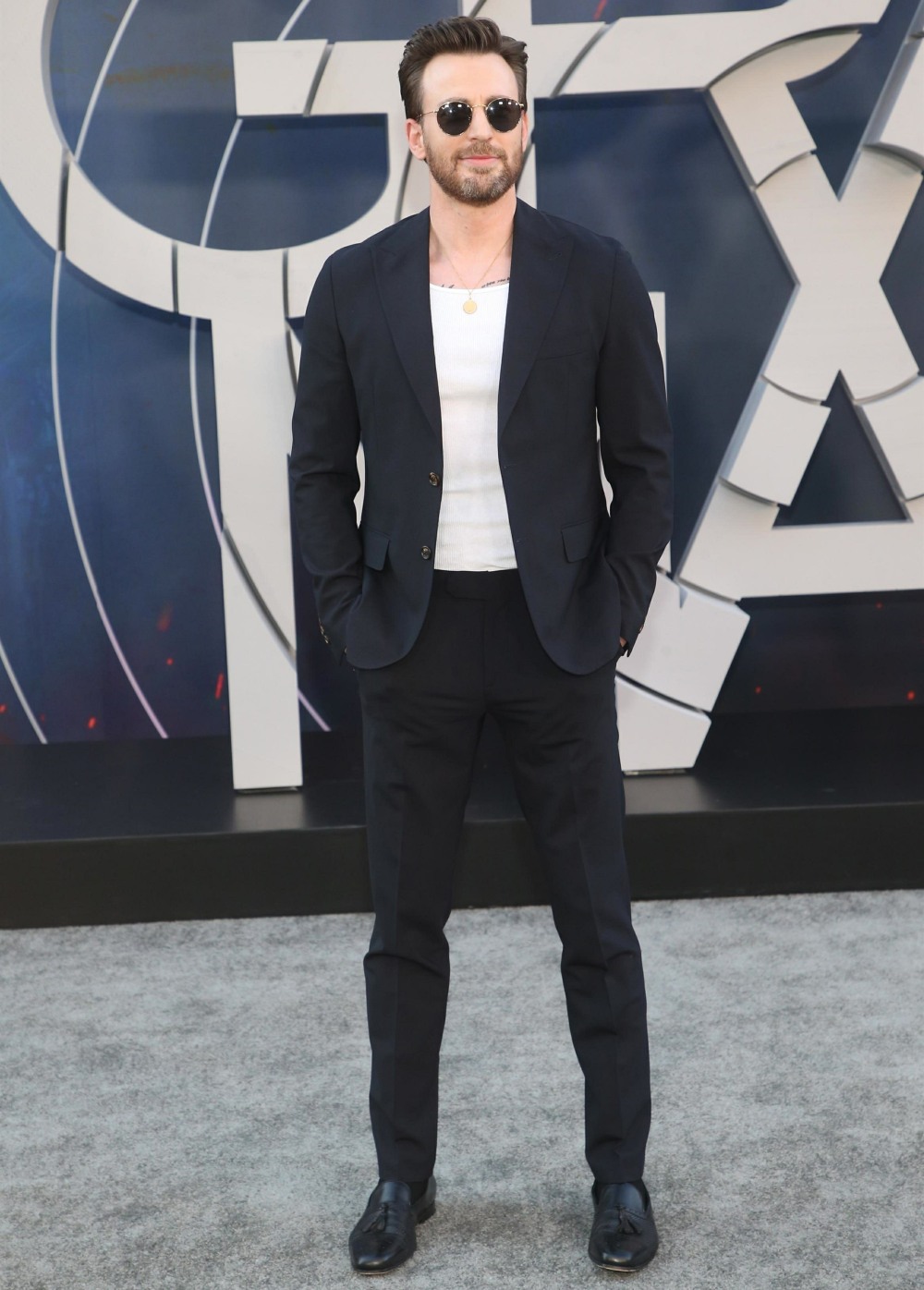 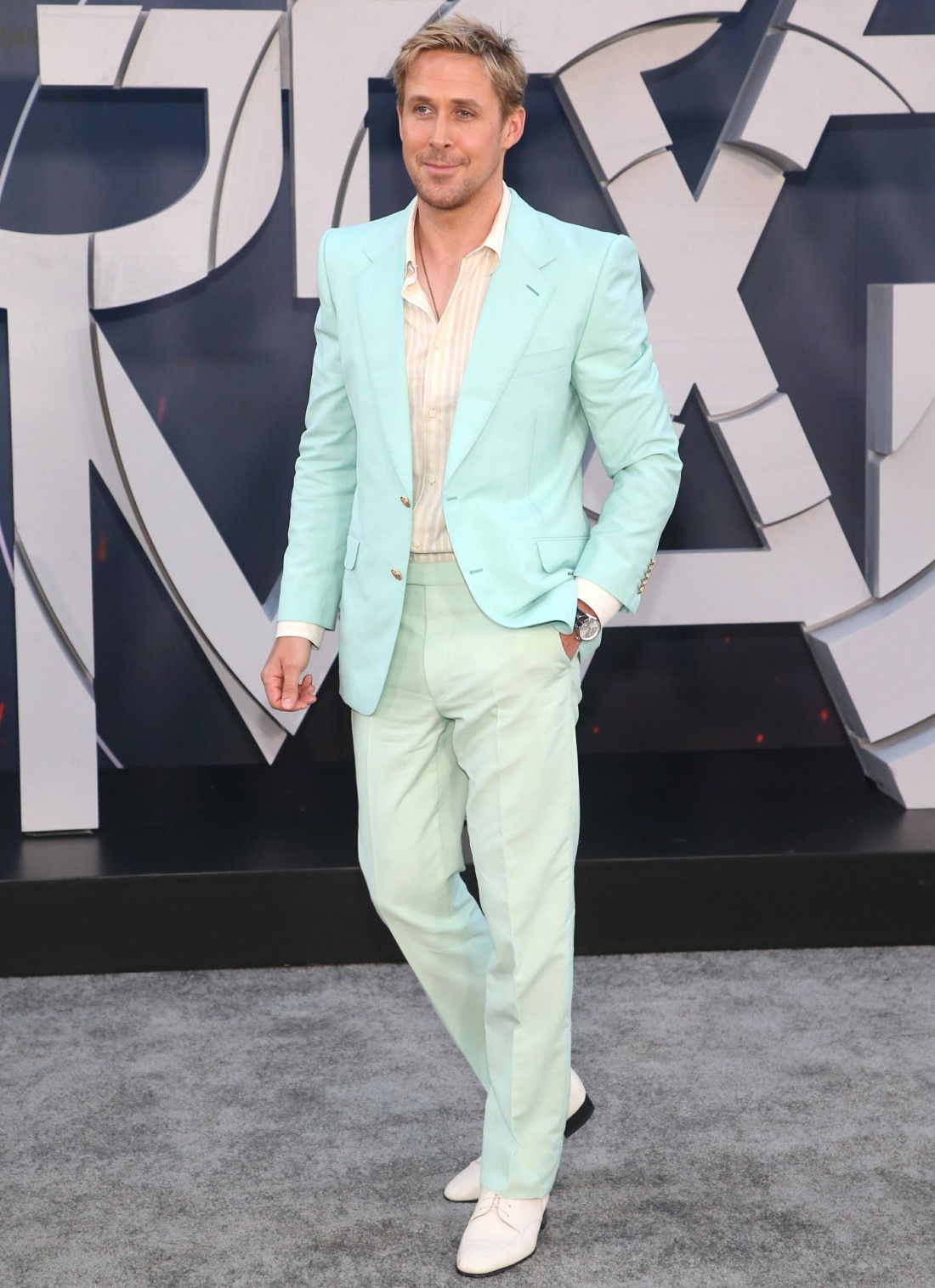 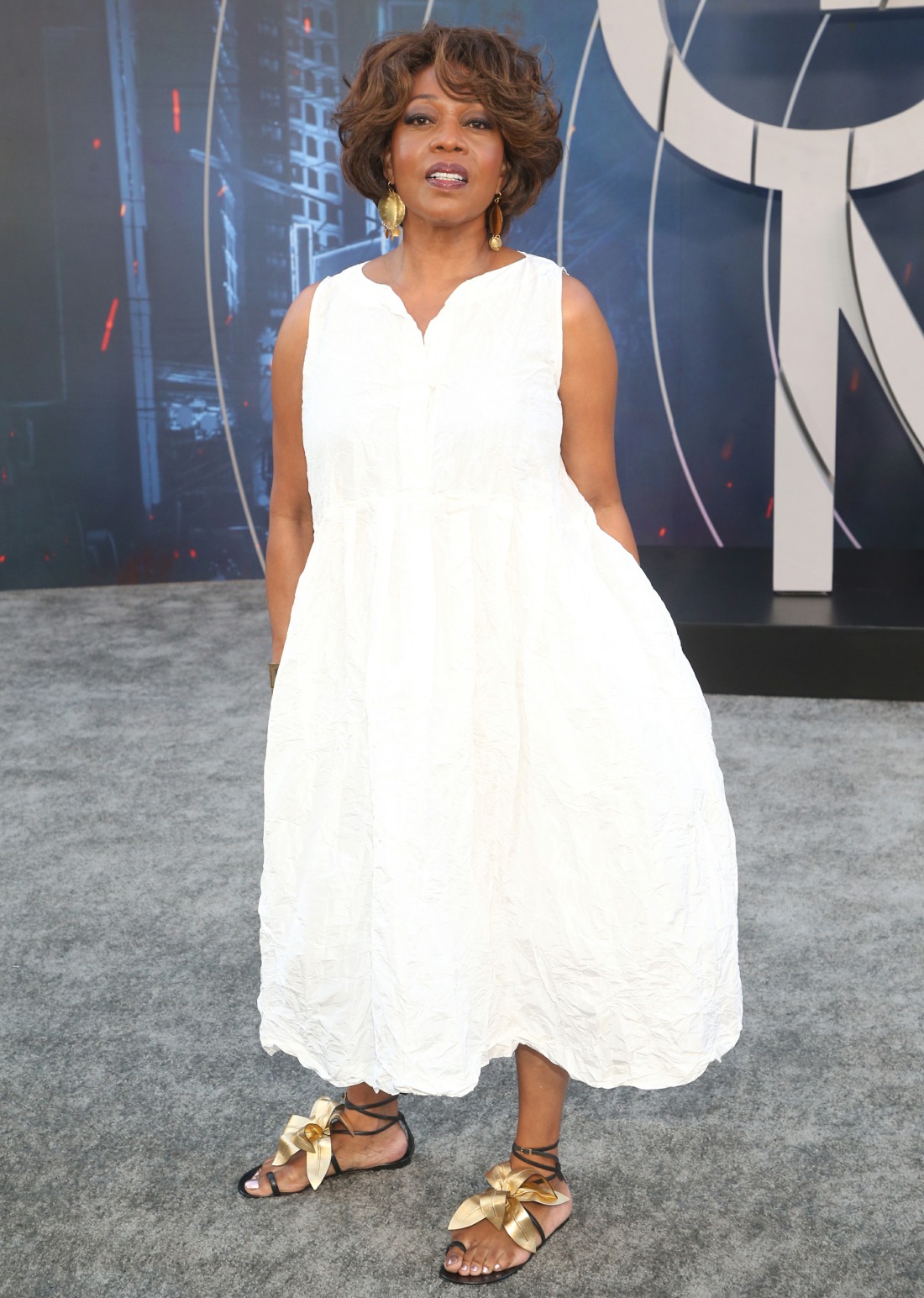