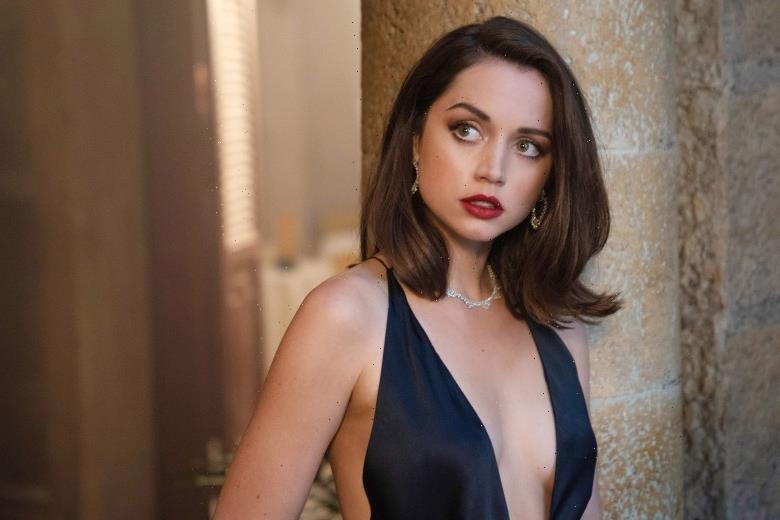 The actress, despite having appeared in James Bond film “No Time to Die,” the Russo Brothers’ “The Gray Man,” and upcoming “John Wick” spinoff “Ballerina,” fully disagrees with any action hero label.

“The truth is, I never thought I was going to be an action actor. It wasn’t my thing,” de Armas told Elle. “You have to be careful, because it’s not what I want to put the focus on. This is not where I’m the most comfortable, to be honest, because I feel ridiculous. And it takes a lot of work.”

De Armas revealed that she signed on to Netflix vehicle “The Gray Man” after her Bond film and Andrew Dominik’s upcoming Marilyn Monroe portrait “Blonde” were delayed due to the pandemic. The “Gray Man” script “still needed work,” de Armas admitted after first reading it.

“My character needed work,” she added, citing a sitdown with Joe and Anthony Russo. “But the meeting went so well. Those two are so much fun.”

De Armas plays CIA agent Dani Miranda who, at the beginning, is “very by-the-book, and that’s the mission, and it’s a big deal for her and her career and her reputation,” de Armas explained. She even connected with a real CIA agent to discuss the chain of command as research for the role.

“The Gray Man” also stars de Armas’ former co-stars: Ryan Gosling, with whom she starred opposite in “Blade Runner 2049” and Chris Evans, de Armas’ “Knives Out” collaborator and co-star in upcoming “Ghosted,” yet another action movie.

De Armas noted that her character’s relationship with Gosling’s lead in “The Gray Man” rightly swayed away from just being a romantic interest…at least, for now as the Russo Brothers eye a franchise.

“I was very happy to see that they didn’t rush this relationship,” the “Deep Water” actress stated. “Whatever’s going to happen in the future, I don’t know, but I was happy that the focus was on the mission.”

Joe Russo previously shared that making the most expensive Netflix movie to date “almost killed us” with its action-heavy sequences. “There are, like, nine action sequences, and it’s so relentless in that regard. It was relentless to make,” he added.

The Russos are already prepping to expand the world of Gosling’s character Sierra Six, with a follow-up already in motion as well as potential spinoff projects.