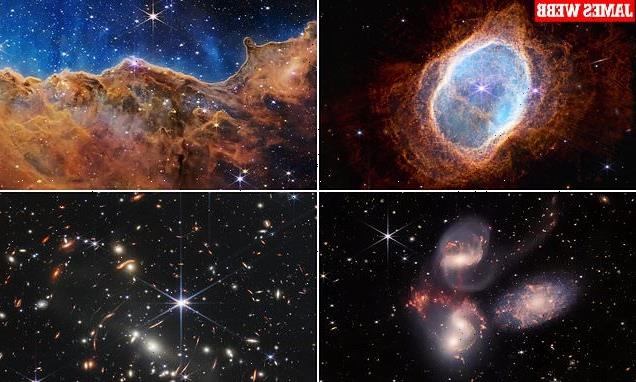 Spot the difference! Side-by-side photos show how much more powerful NASA’s new James Webb telescope is than its predecessor Hubble

NASA treated the world to unforgettable views of the universe yesterday as it shared the first jaw-dropping images from the largest space observatory ever built.

James Webb captured an unprecedented look at a ‘stellar nursery’, a dying star cloaked by dust and a ‘cosmic dance’ between a group of galaxies, along with hints of water vapor in the atmosphere of a remote exoplanet.

However, the $10 billion (£7.4 billion) telescope’s first images were not of newly-observed regions of space.

But the two observatories look at the stars and galaxies in different ways, with Webb able to produce images that are two to three times sharper than Hubble’s.

It is also 100 times more powerful than astronomy’s godfather of space telescopes and can peer much deeper into space.

To show the difference in quality, MailOnline has taken the snaps released by the James Webb team yesterday and compared them to ones captured by Hubble. 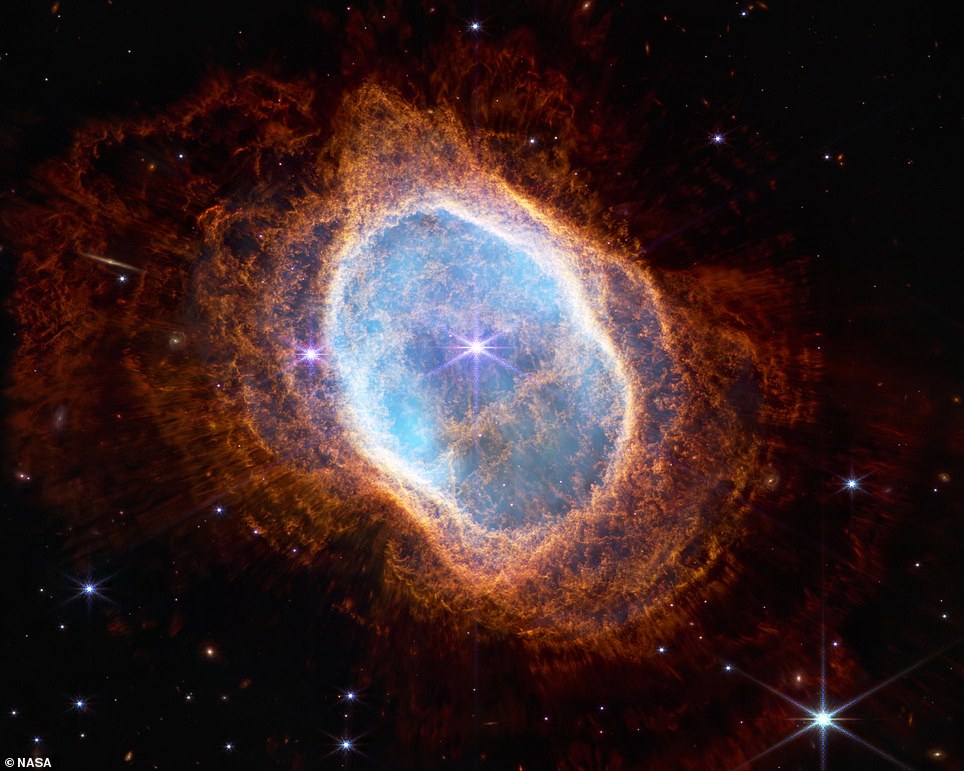 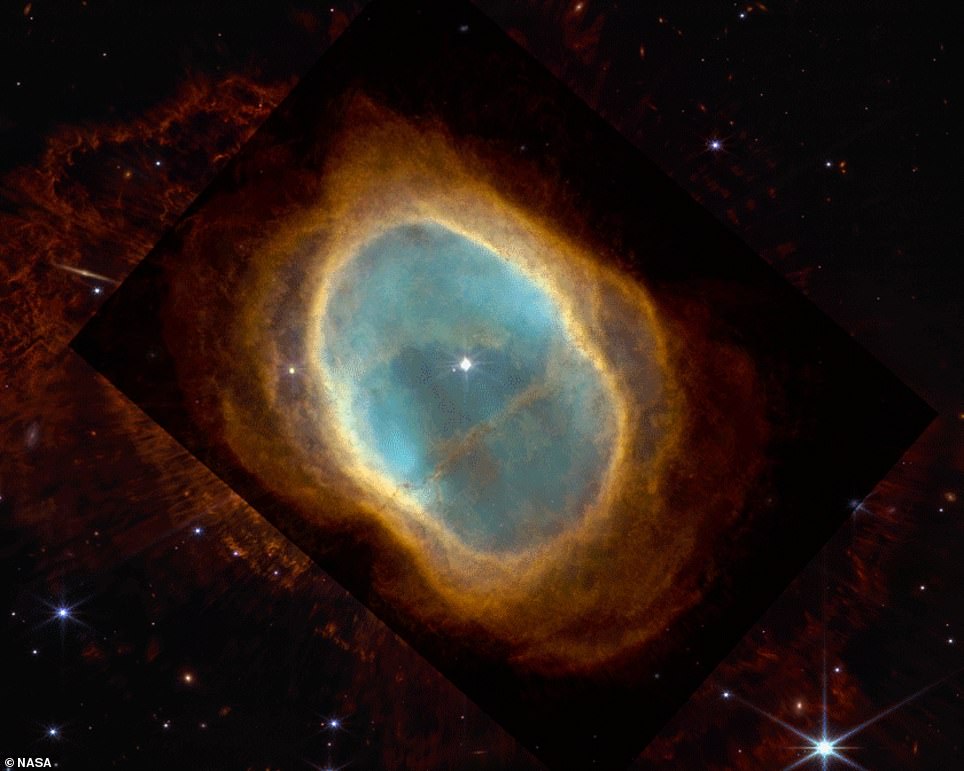 Head-to-head: The first jaw-dropping images from the James Webb Space Telescope were released yesterday but they were not of newly-observed regions of space. In fact, its predecessor Hubble had already captured them, including the Southern Ring Nebula (pictured). These images show how the sharper, more detailed view of Webb (left) compares to Hubble (right) 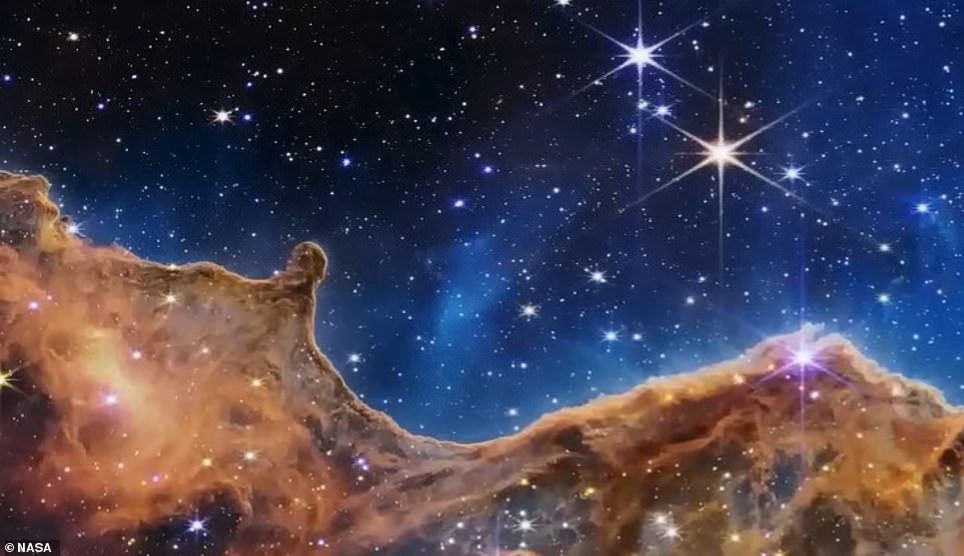 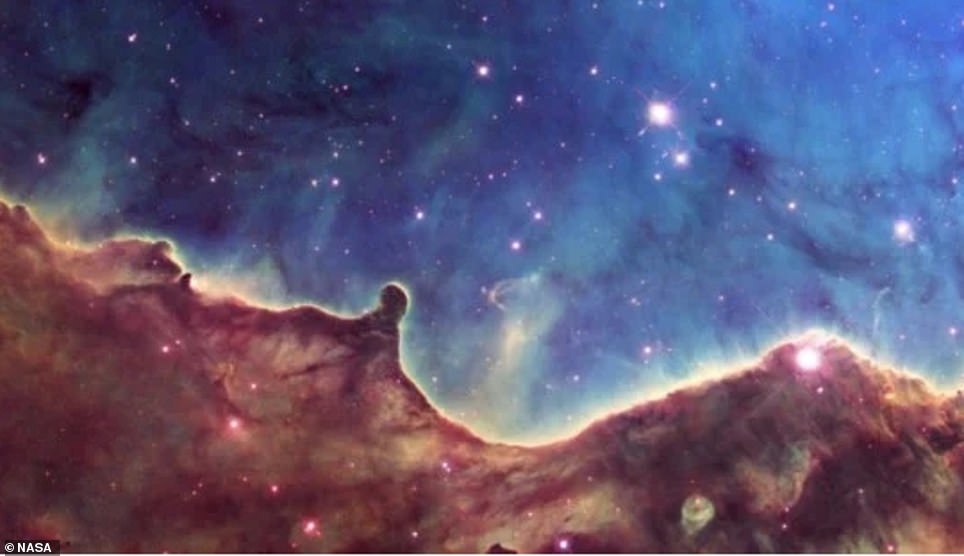 The image above shows how James Webb captured the Carina Nebula (left), compared to when Hubble photographed it 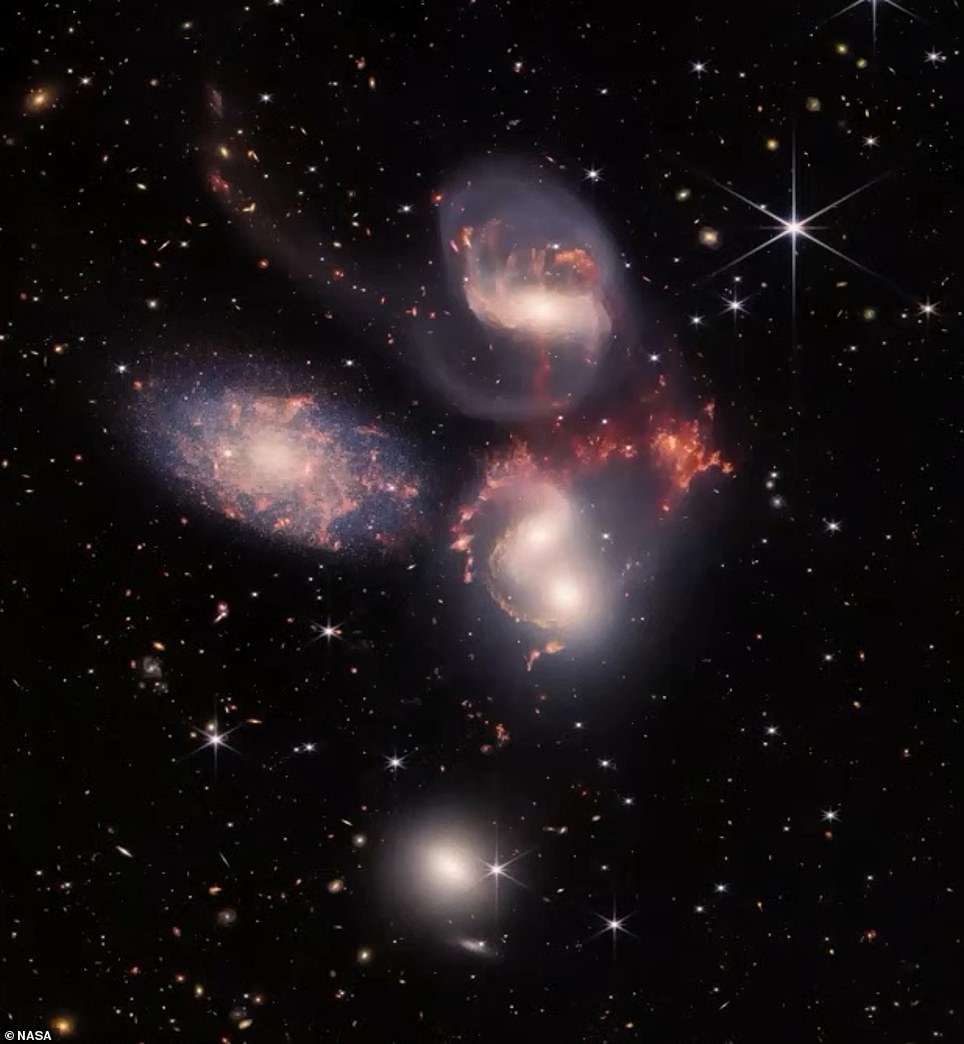 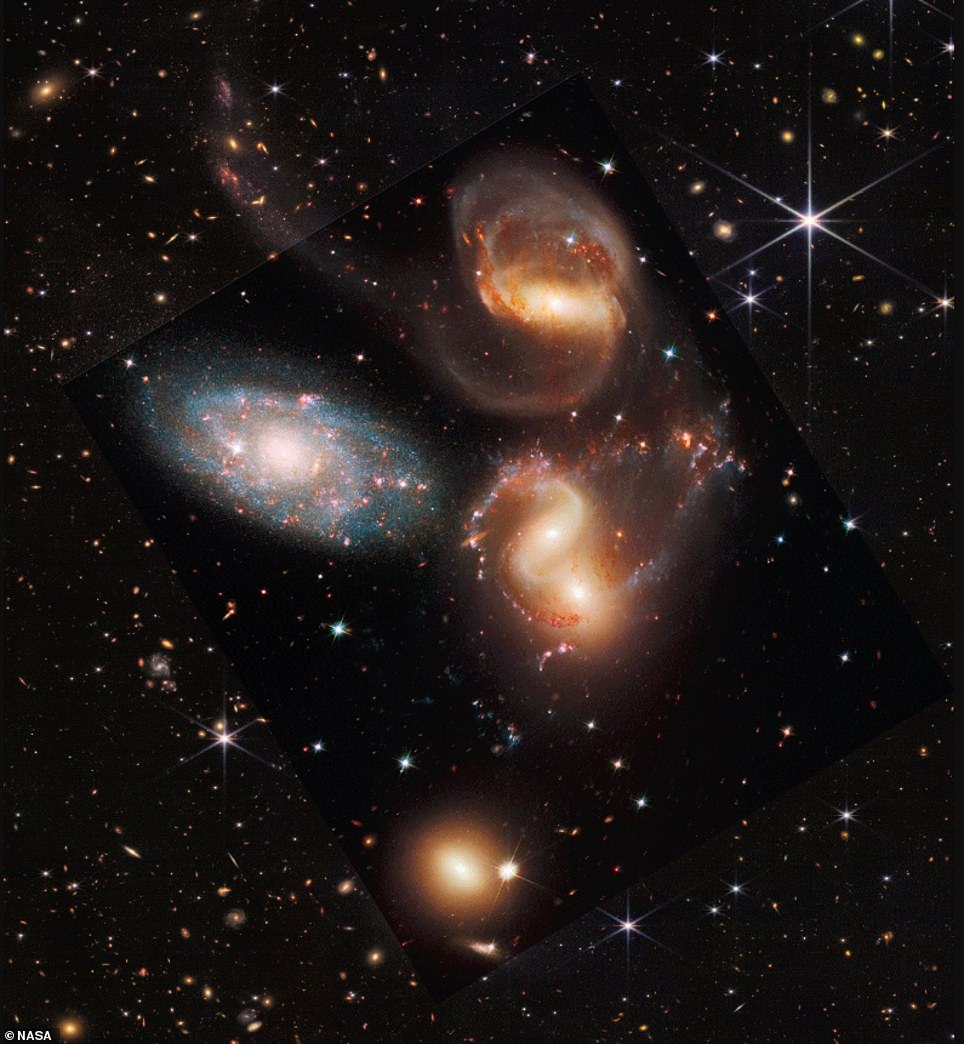 These images are of Stephan’s Quintet, which is located in the constellation Pegasus and is notable for being the first compact galaxy group ever discovered in 1877. James Webb’s view is on the left, and Hubble’s on the right 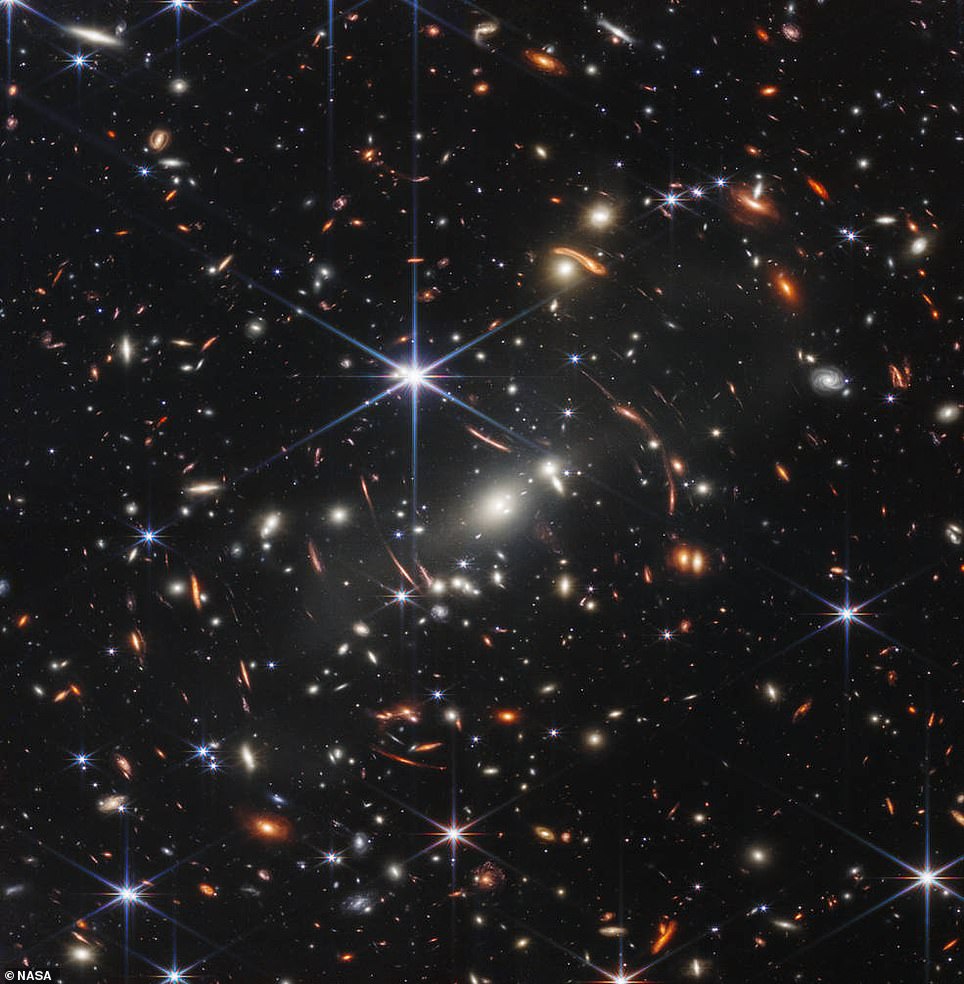 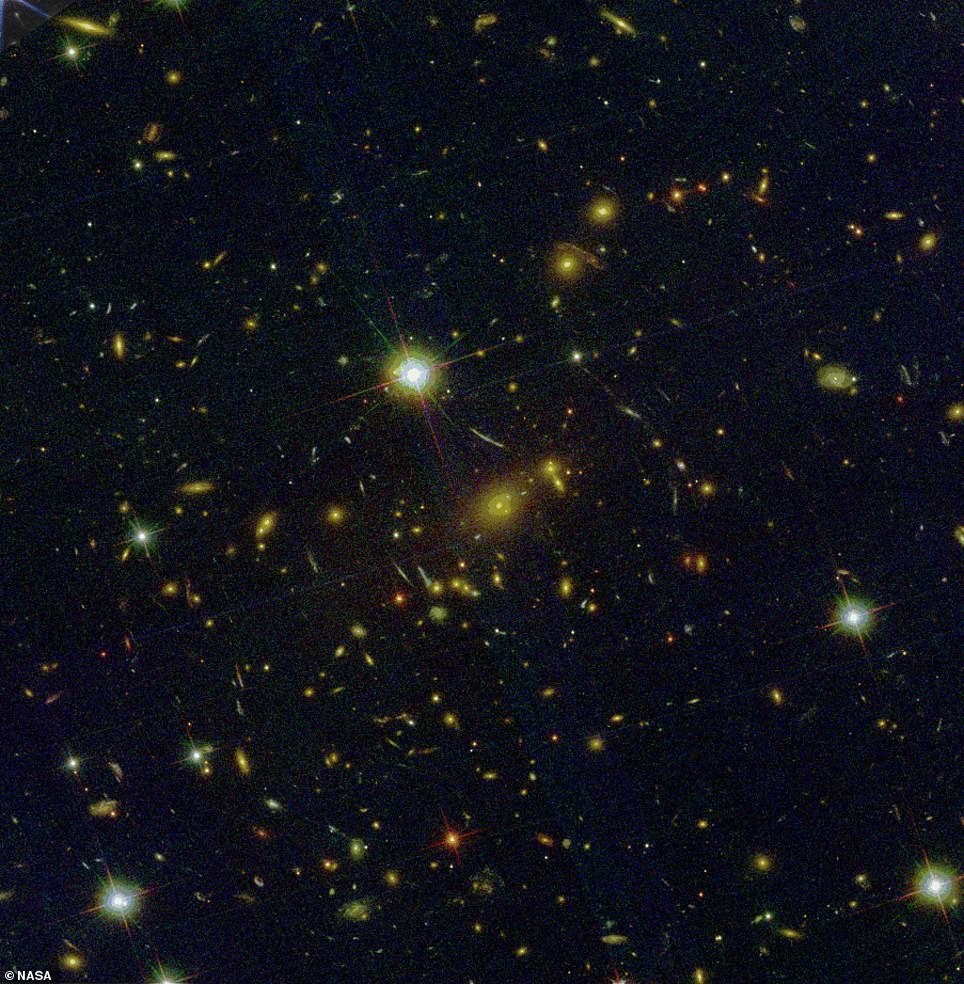 Webb’s image of the galaxy cluster SMACS 0723 (left) was revealed by US President Joe Biden. Right is Hubble’s version

WHAT IS THE DIFFERENCE BETWEEN WEBB AND HUBBLE?

NASA likes to think of James Webb as a successor to Hubble rather than a replacement, as the two will work in tandem for a while.

That’s because they look at stars and galaxies in different ways.

Hubble studies the universe predominantly at optical, or visible, wavelengths, which is the same type of light we detect with our eyes.

Webb, on the other hand, is set up to specifically look in the infrared, which is invisible to our eyes but allows it to identify the glow from the most distant objects in the universe.

It works in much the same way night vision goggles use thermal imaging technology to capture infrared light.

Hubble studies the universe predominantly at ultraviolet and optical, or visible, wavelengths, which is the same type of light we detect with our eyes.

Webb, on the other hand, is set up to specifically look in the infrared, which is invisible to our eyes but allows it to identify the glow from the most distant objects in the universe.

It works in much the same way night vision goggles use thermal imaging technology to capture infrared light.

Because the universe is expanding, just about all of the galaxies that we see from Earth are moving away from us. This means that to us, their light appears to have a longer wavelength, or a redshift.

For very distant objects, this red shift is so large that they can only be observed in the infrared spectrum, which is where Webb comes in, while Hubble focuses on ultraviolet light.

For this reason, the two will work in tandem for a while so that scientists can analyse the data provided by both to help advance our knowledge of the cosmos and how humans first came to be.

Webb’s first images were just the ‘tip of the iceberg’ of what the observatory is expected to accomplish over the next 20 years — which could include capturing the very first stars to shine, detecting habitable planets in far-away galaxies and peering back in time to within 100-200 million years of the Big Bang.

What has astronomers most excited, however — apart from the prospect of witnessing the dawn of the universe more than 13.5 billion years ago — is the unknowns that Webb could discover, just like Hubble.

The iconic space telescope, launched in 1990, helped to detect dark energy, as well as providing superlative images of the cosmos that included the Pillars of Creation — one of the most iconic images in astronomy.

Among the most important scientific tools ever built, Hubble has made over 1.5 million observations of more than 43,500 celestial objects and helped publish some 18,000 scientific papers.

It has contributed to a number of major discoveries in astronomy, including the observation that the observed expansion of the universe was accelerating.

This then led to the conclusion that most of the cosmos is made up of mysterious dark energy — around 68 per cent, according to NASA.

Dark matter makes up about 27 per cent and the rest – everything on Earth, everything ever observed with all of our instruments, all normal matter – adds up to less than 5 per cent of the universe.

The first of Hubble’s observations was the planet Jupiter in March 1991, a subject it came back to regularly.

It also provided the first conclusive evidence of the existence of supermassive black holes in the centres of galaxies after observing the galaxy M87 in 1993.

Other major discoveries include the ‘Pillars of Creation’, taken in 1995 and showing the violent tendrils of gas and dust in a stellar nursery.

Among the discoveries announced by NASA yesterday was that Webb had allowed scientists to detect water vapour in the atmosphere of an exoplanet planet more than 1,000 light-years from Earth.

It captured the distinct signature of water, along with evidence for clouds and haze, in the atmosphere surrounding WASP-96 b — a hot, puffy gas giant planet which orbits a distant sun-like star every 3.4 days.

WASP-96 b has about half the mass of Jupiter, and its discovery was announced in 2014. 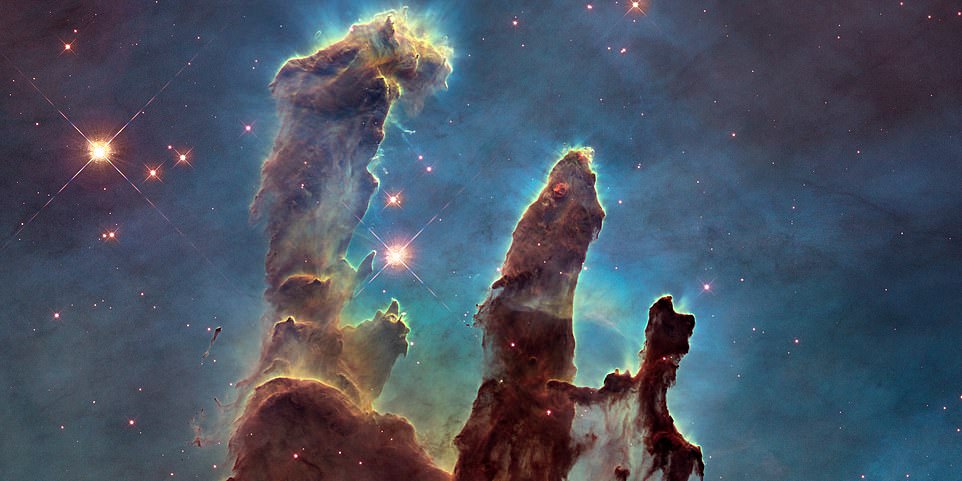 NASA’s Hubble Space Telescope captured this image of the famous Pillars of Creation in 1995, revealing a sharper and wider view of the structures in this visible-light image. Stretching roughly 4 to 5 light-years, the Pillars of Creation are a fascinating but relatively small feature of the entire Eagle Nebula, which spans 70 by 55 light-years and was discovered in 1745 by the Swiss astronomer Jean-Philippe Loys de Chéseaux 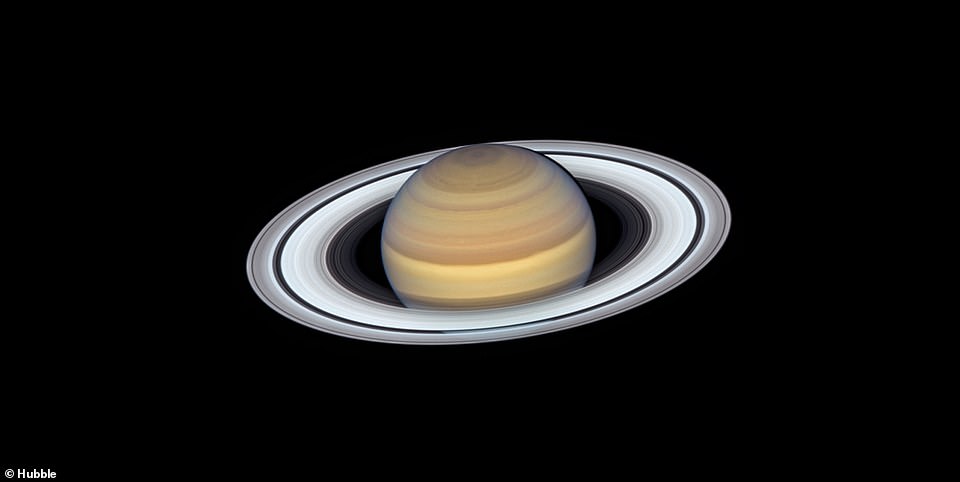 As well as images of distant galaxies and star clusters, Hubble has given us some of the best and most iconic images of planets in our own solar system including Saturn (pictured). The image was taken on June 20, 2019 as the planet made its closest approach to Earth that year 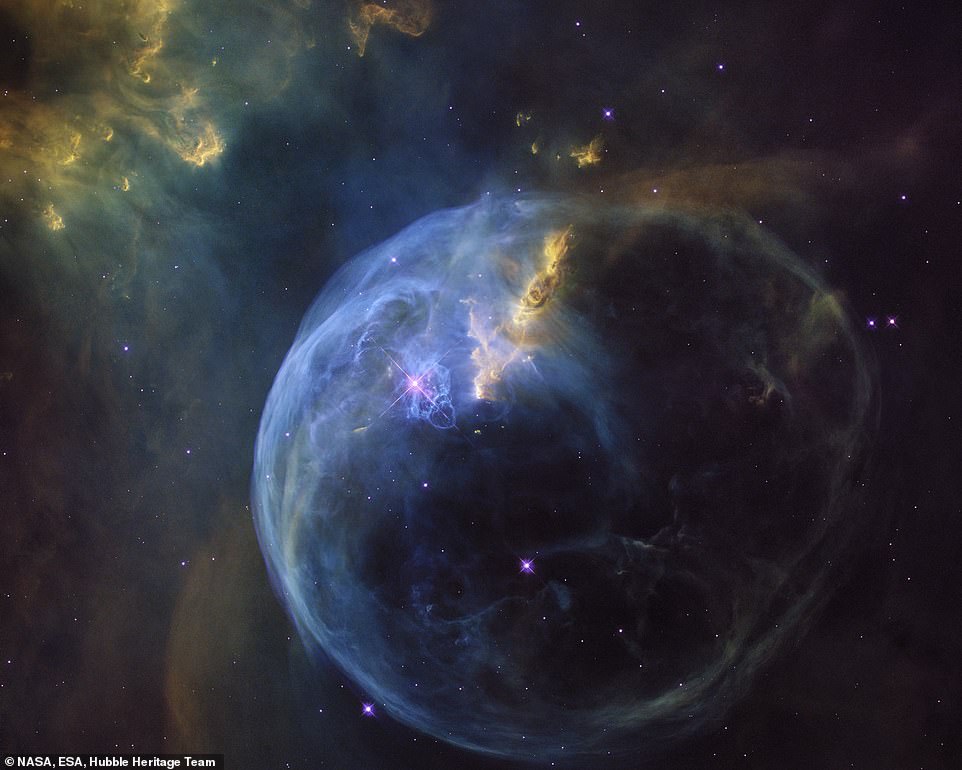 To mark the 26th birthday of Hubble in 2016, astronomers revealed the telescope’s image of an enormous bubble being blown into space by a super-hot, massive star

One of the five dazzling images released showed a planetary nebula caused by a dying star — a fate that awaits our sun some time in the distant future.

Nearly half a light-year in diameter and approximately 2,500 light-years away from Earth, the Southern Ring Nebula can be seen in incredible never-before-seen detail.

Another image was of Stephan’s Quintet, which is located in the constellation Pegasus and is notable for being the first compact galaxy group ever discovered in 1877.

Four of the five galaxies within the quintet are locked in a cosmic dance of repeated close encounters.

This enormous mosaic is Webb’s largest image to date, covering about one-fifth of the moon’s diameter. It contains over 150 million pixels and is constructed from almost 1,000 separate image files.

Webb also revealed a sparkling image of baby stars in the Carina Nebula, where ultraviolet radiation and stellar winds shape colossal walls of dust and gas.

The ‘cosmic cliffs’ of the Carina Nebula — a star-forming region located roughly 7,600 light-years from Earth in our own Milky Way galaxy — were previously pictured by Hubble.

However, the new view offers a rare glimpse of stars in their earliest, rapid stages of formation, including hundreds that were previously completely hidden from our view.

Webb has an ambitious mission to study the early universe, work out how fast it is now expanding and analyse objects throughout the cosmos ranging from galaxies to exoplanets.

The telescope has a gigantic golden mirror measuring just over 21 feet across that is made up of 18 individual hexagonal segments that can fold up and unfold.

It began development in 1996 and was originally envisaged to launch in 2007, but a major redesign in 2005 put this back and a series of further delays led to it eventually making it to orbit at the end of last year.

The James Webb telescope has been described as a ‘time machine’ that could help unravel the secrets of our universe.

The telescope will be used to look back to the first galaxies born in the early universe more than 13.5 billion years ago, and observe the sources of stars, exoplanets, and even the moons and planets of our solar system.

The vast telescope, which has already cost more than $7 billion (£5 billion), is considered a successor to the orbiting Hubble Space Telescope

The James Webb Telescope and most of its instruments have an operating temperature of roughly 40 Kelvin – about minus 387 Fahrenheit (minus 233 Celsius).

It is the world’s biggest and most powerful orbital space telescope, capable of peering back 100-200 million years after the Big Bang.

The orbiting infrared observatory is designed to be about 100 times more powerful than its predecessor, the Hubble Space Telescope.

NASA likes to think of James Webb as a successor to Hubble rather than a replacement, as the two will work in tandem for a while.

The Hubble telescope was launched on April 24, 1990, via the space shuttle Discovery from Kennedy Space Centre in Florida.