FAMILIES who have been left without water for over 24 hours have blasted the water shortages as “pandemonium”.

A burst pipe on the Isle of Sheppey in Kent means residents have reportedly been forced to line up in five-mile long queues for bottles of water. 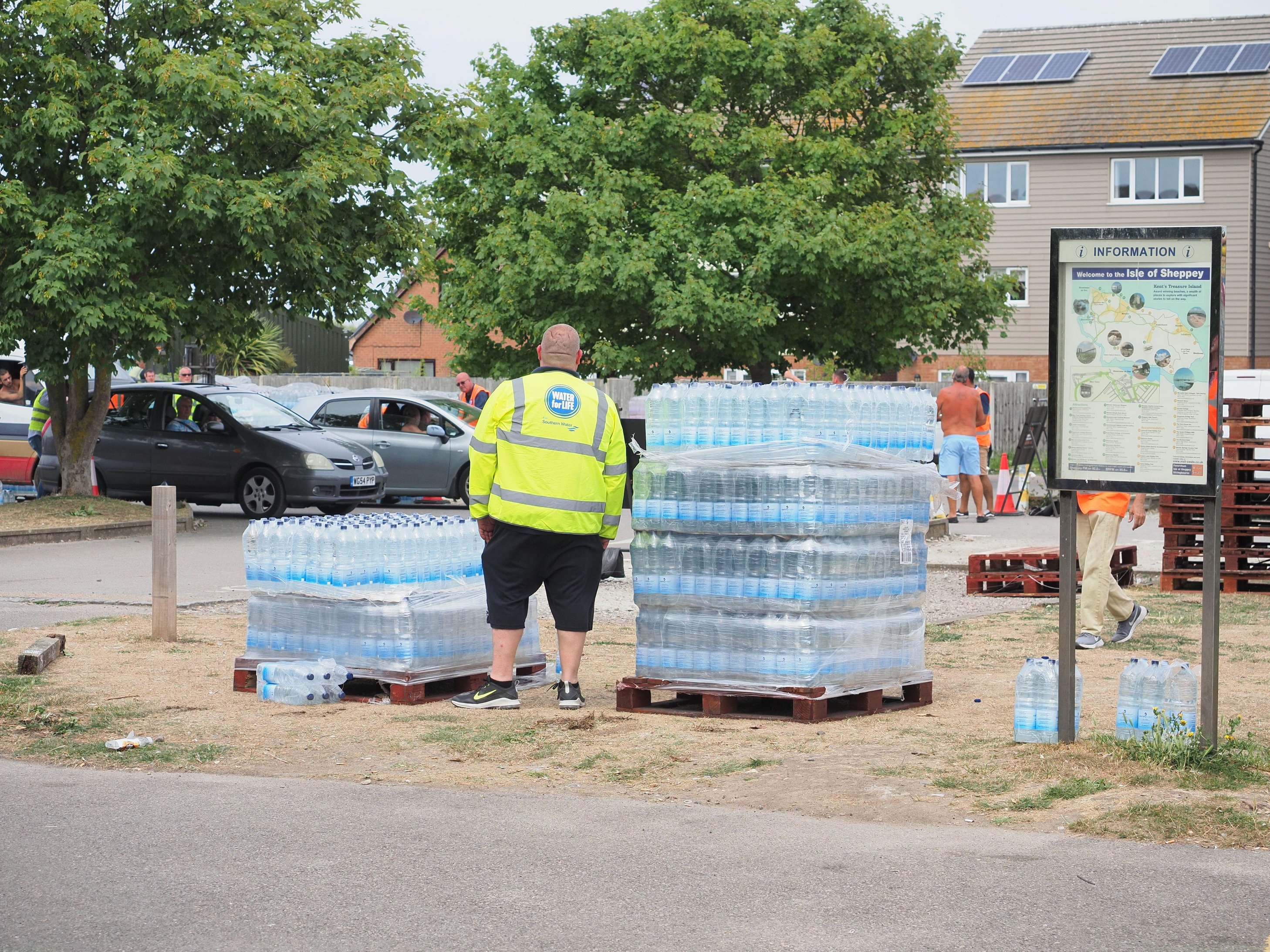 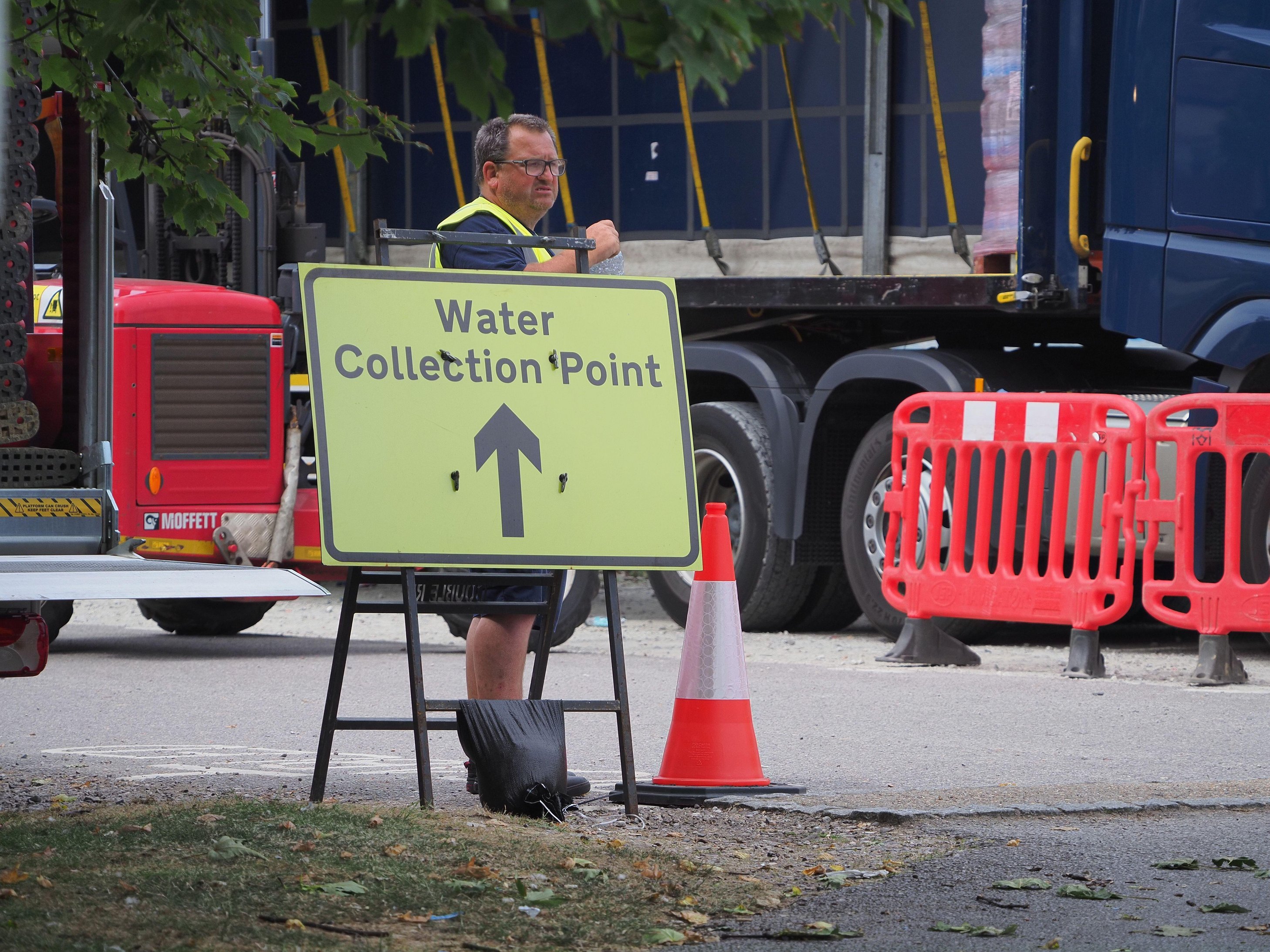 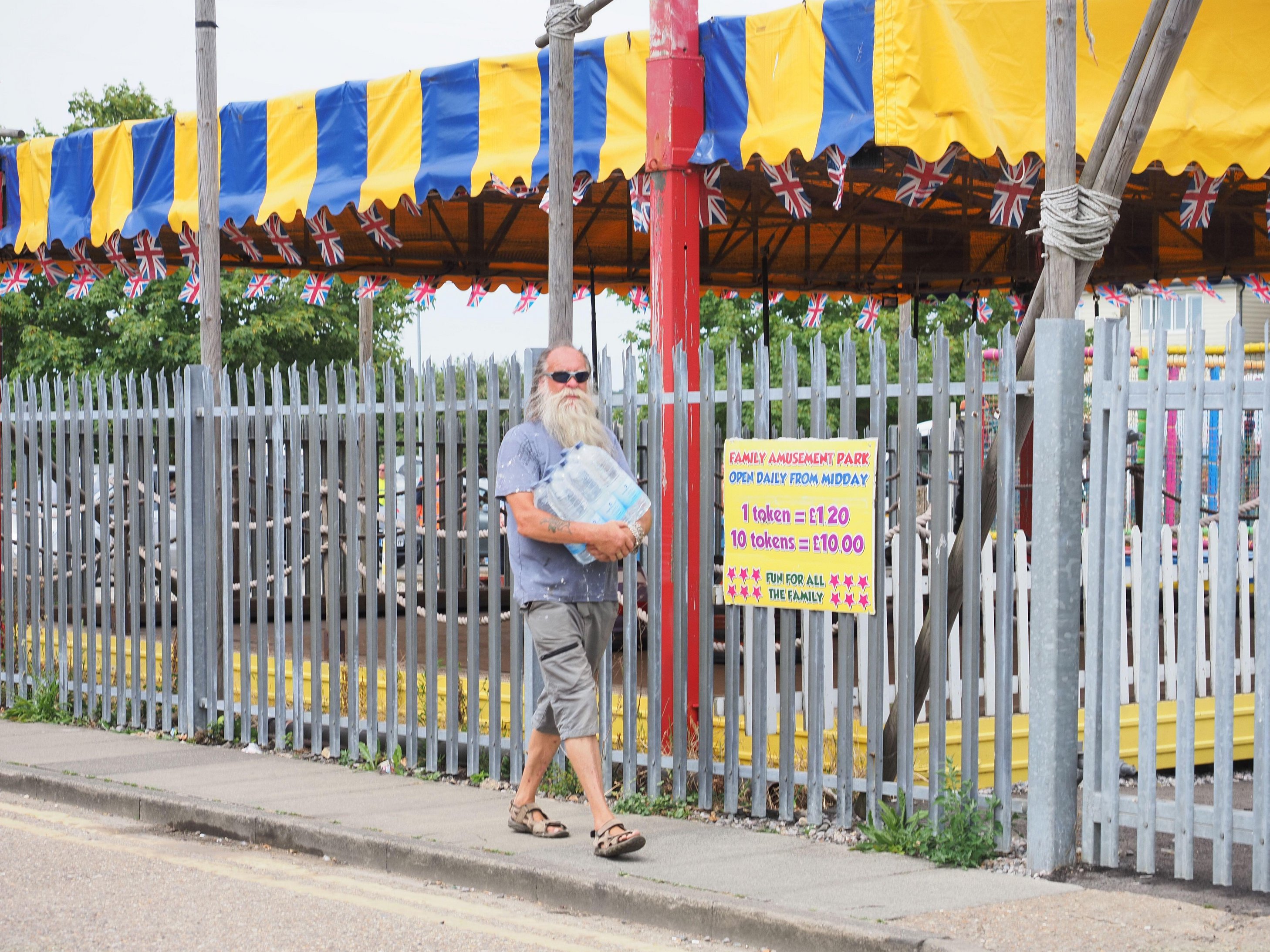 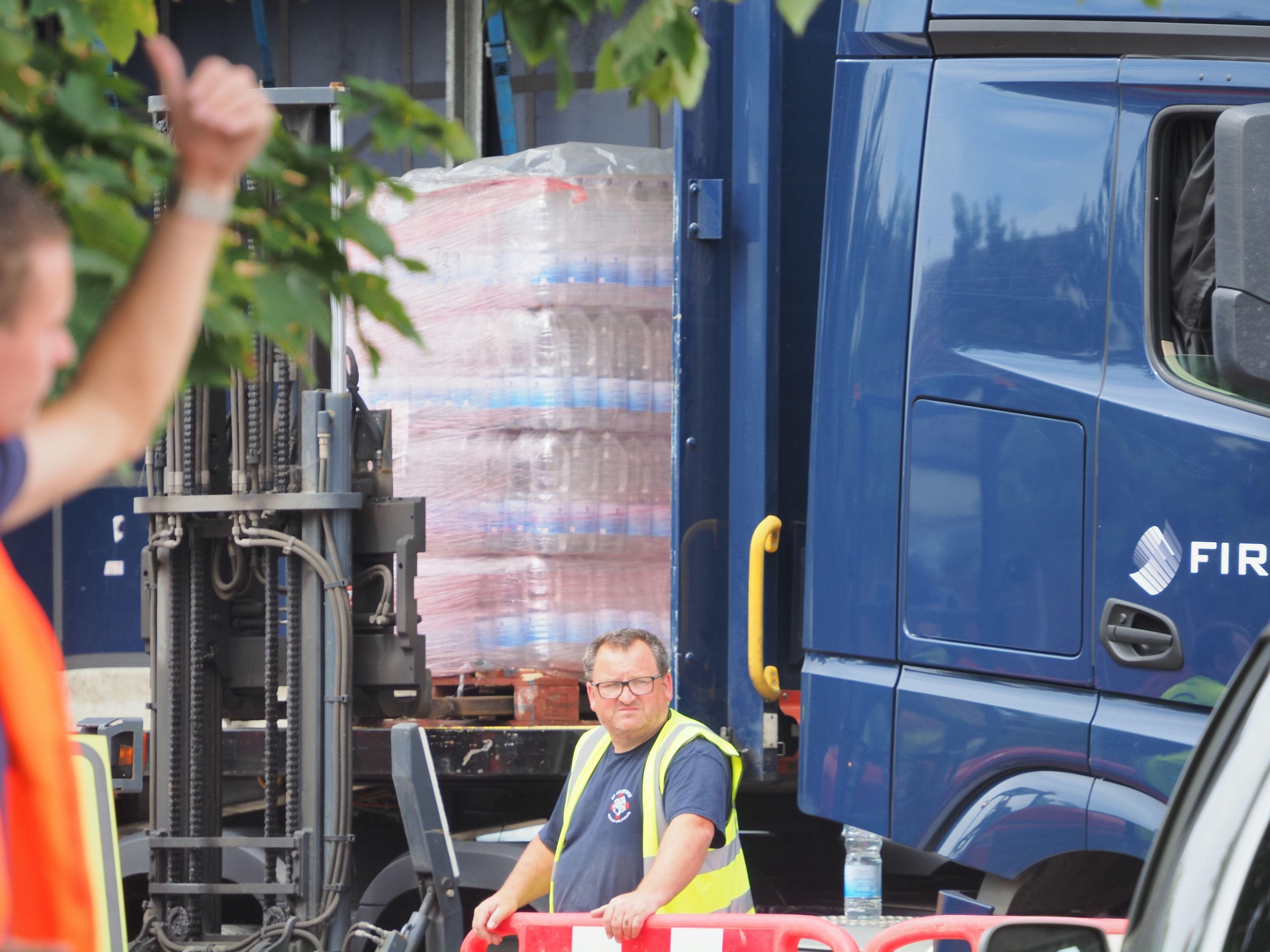 One local Dave Boswell says people on the island are now beginning to panic and things are “getting dangerous”.

Six schools, several shops, bars, cafes and restaurants and even the island’s hospital have been forced to shut their doors because of the water shortages.

It comes as the UK has been hit with sweltering water – with the mercury soaring above 30C.

Dave told The Sun: “Yesterday there were collection points to pick up water but the queues were five miles long. It was pandemonium.

“It's now getting to the stage where it's dangerous. There's not a drop to drink on the island.

“If you don’t have a car then you're stuck on the island with no water. It feels like we’ve been abandoned.

“There are literally people in the streets shouting ‘does anyone have any spare water?’.

“At the water stations things are starting to get heated. It's getting out of control. There is literally nothing.”

Last night Southern Water announced that the water mains had been fixed – but this morning they revealed they are still carrying out works.

They have apologised for the blunder and said the issue has been exacerbated by a high demand for water.

Video shows desperate residents being forced to wash themselves in the sea as the shortages move into the second day.

Dave continued: “It’s just the way they've dealt with it that's so frustrating – saying it's fixed when it clearly isn't.

“There's things like we haven't been able to flush our toilets for 24 hours and with the heat things have gotten pretty grim in that regard.

“Southern water has lied to us. They told us that the situation was fixed – but we all woke up this morning in the same situation as yesterday. Nothing has come through. We’ve just been forgotten about.

“They were meant to have water points set up again today from 7am but now they're saying they won't be ready until 9am.”

Southern yesterday said they were delivering water to any customers on their priority service register.

However, locals have claimed that many on the register are still waiting on a delivery.

One woman on Twitter wrote: "My daughter is nine months pregnant with another young child and called priority number yesterday morning and is still waiting."

In a statement this morning the company said: “We are extremely sorry that homes and businesses on the Isle of Sheppey are still without water as people wake up this morning – and the hot weather continues.

“Our teams worked tirelessly to repair the burst main last night, and while the initial burst was fixed, when the network filled unfortunately another took place. Teams onsite are working to fix this as quickly as possible.

“Our priority remains providing water to all those affected. Bottled water stations are open and we are continuing to deliver to our priority services customers.

“Thank you to the community for their understanding and patience during this difficult time, and to our partner agencies, including the emergency services, who are helping with this effort.”

It comes as the UK's scorching heatwave is set to last for more than a week.

The country has been warmer than parts of the Maldives in the past few days with temperatures expected to peak at 33C today.

The weather has already caused some carnage – with a section of railway track bursting into flames in Battersea, South London, yesterday.

Bookies have now slashed the odds on a possible hosepipe ban, and water bosses have urged customers to cut down by not washing cars or sprinkling lawns. 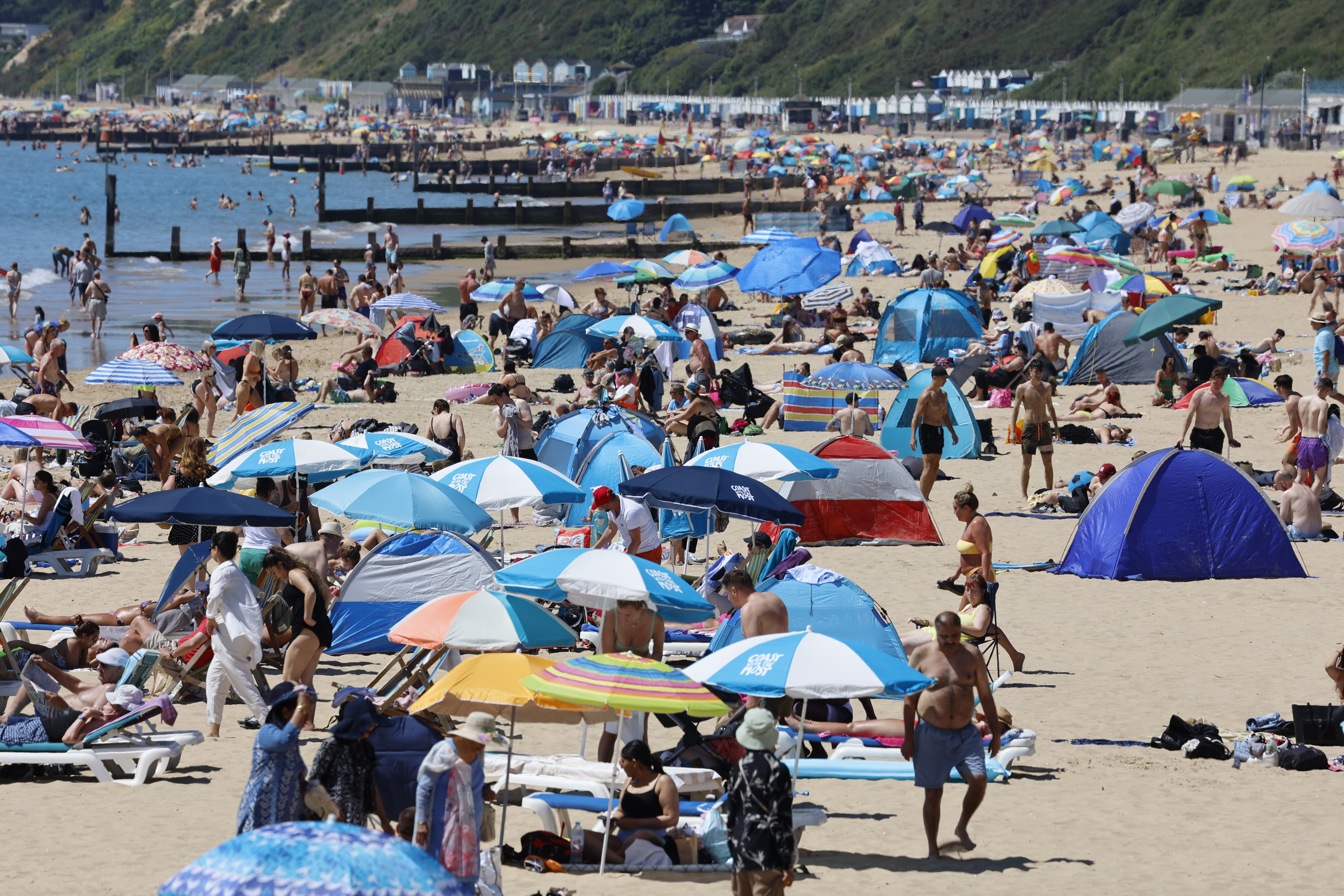 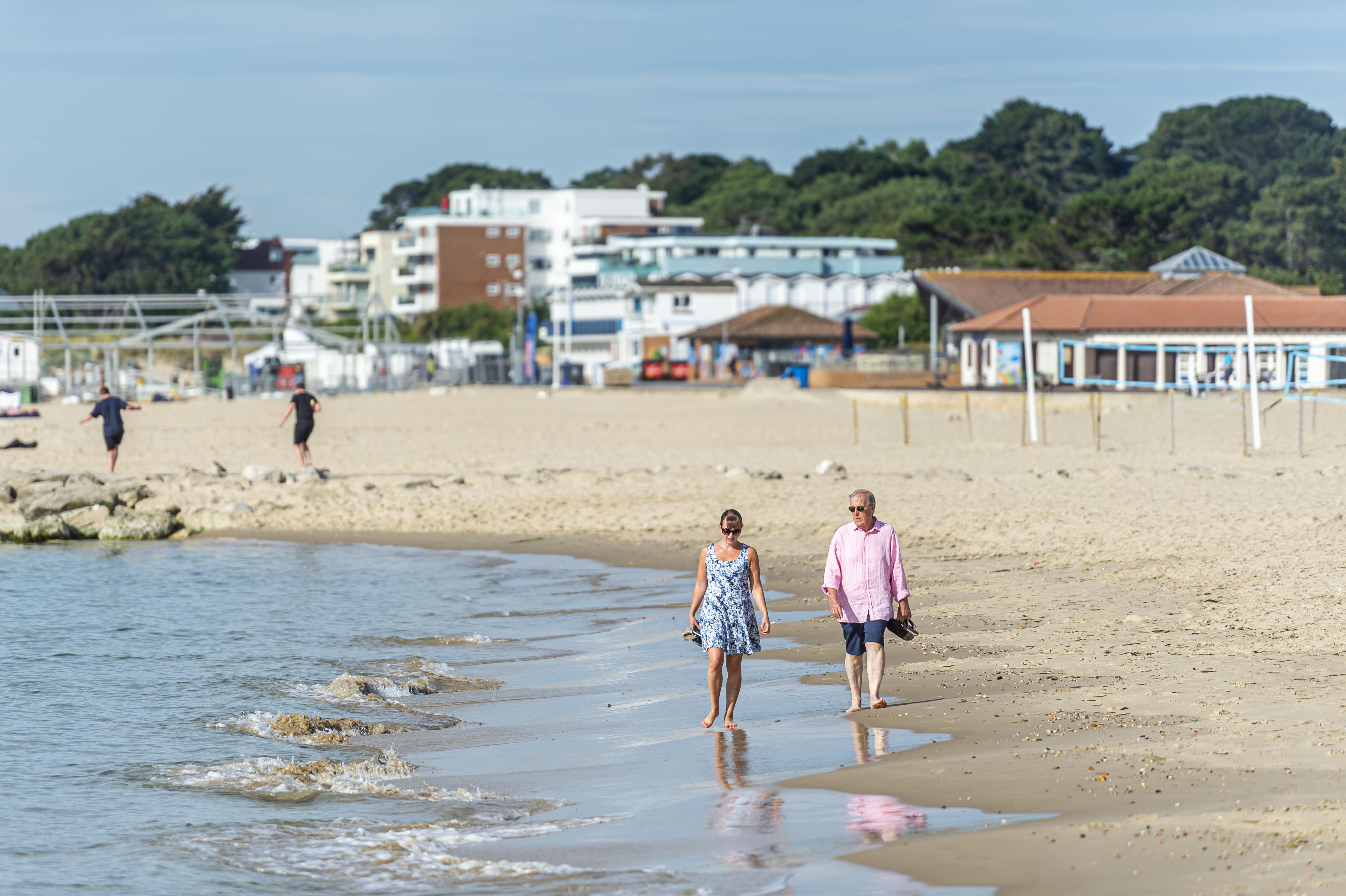