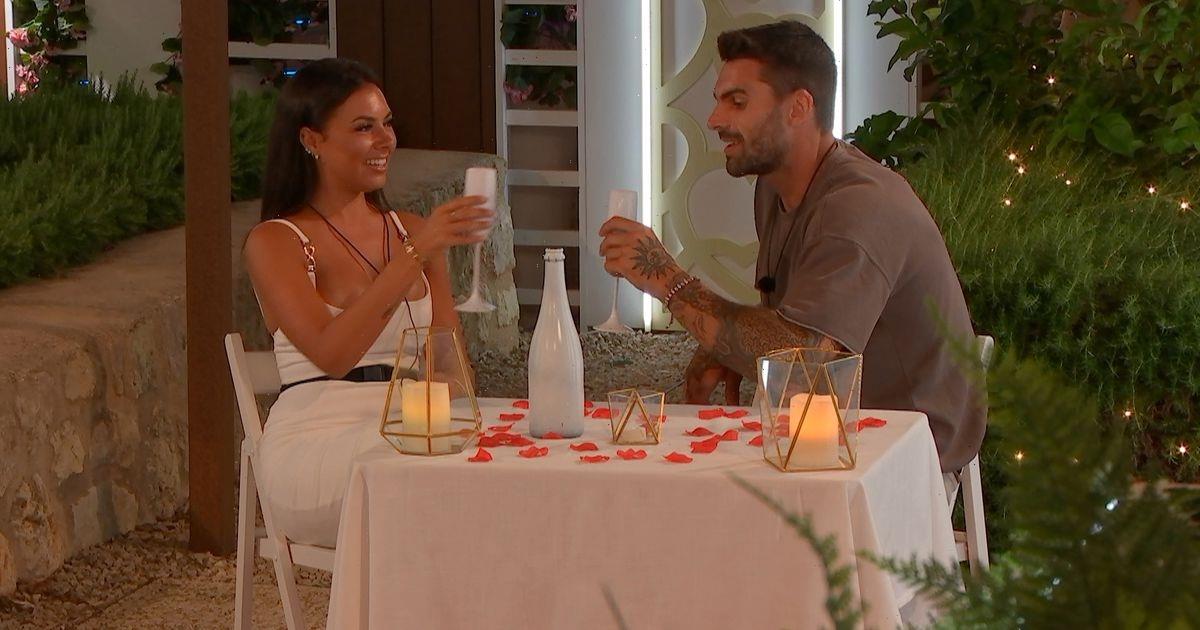 Love Island bombshell Adam Collard goes on a date with Paige Thorne tonight – a mere 24 hours after her partner Jacques O’Neill decided to leave the villa.

Adam, 26, is seen inviting Paige, 24, on a date at the Hideaway terrace on tonight’s episode, after showing clear interest in the Welsh contestant since his arrival.

The returned bombshell also chooses to go on dates with Summer Botwe, 22, and Danica Taylor, 21, who join him first – leaving Paige at the end, suggesting that he's saving his favourite woman in the villa till last.

Approaching a romantically-decked out table with petals laid out, Paige jokes: “As if you picked me last!”

Adam says: “Do you think the best first or best last..?” to which Paige responds: “I’ll ask you that question.”

Keen to know about what Adam brings to the table in a relationship, Paige says: “The little things matter most to me.”

The pair appear to get on very well on their terrace date and even raise their glasses in cheers during their candlelit conversation.

Adam’s date with Summer also goes smoothly, as the pair discuss their ideal dates in Rome, and on his date with Danica, the bombshell is even treated to a dance lesson.

When Adam returns to talk to the boys, he describes one of the girls as ‘wifey’ material. But who exactly is he talking about? And will they feel the same way?

It appears to be a date special on tonight’s episode, as elsewhere, united couple Gemma Owen and Luca Bish go on their first seaside date outside of the villa.

Seeing the romantic setup, Luca jokes: “I feel like I’m going to propose!”

The pair go on to discuss what they like about each other as the charming date continues.

Gemma says: “I love listening to your conversations with the lads because I’m sat there literally wetting myself, but when it comes to us two you are like soft. You’re quite soft. It’s nice. Just something a bit about you.”

Luca smiles and says: “A little bit…”, as Gemma replies: “Yeah, a little bit about you.”

By the end of the episode, the Islanders are treated to a performance by singer Becky Hill in the garden, leaving them with shocked reactions.

“Becky Hill is going to be here tonight – what the actual F?!” Paige says, as Ekin-Su Cülcüloğlu adds: “I’m a huge fan of Becky Hill. A once in a lifetime opportunity!”