South China Sea: US will 'push back' on behaviour says Blinken

And a report published by US think tank the Center for Strategic and International Studies (CSIS) also highlighted “mystery structures” popping up on several remote islands controlled by China, whose territorial claim over the bulk of the sea is bitterly disputed by other neighbouring nations. With the world’s attention largely focused on Ukraine, the tense situation in south east Asia has attracted minimal headlines – but the satellite shots contained within the CSIS analysis suggest China’s ambitions remain firmly intact.

Referring to the Asian Maritime Transparency Initiation (AMTI), the report, uploaded to the CSIS’s website on Friday, explains: “Vietnam’s recent dredging efforts have garnered attention from both AMTI and the international press.

“But other occupants in the South China Sea have also continued to modestly upgrade their facilities in recent years.”

As part of a comprehensive update to the CSIS’s Island Tracker, AMTI had surveyed occupied features across the Spratly and Paracel Islands and discovered that China, the Philippines, and Taiwan had all been involved in “construction activities” as recently as this spring.

The Paracel Islands, Lincoln, Money, and Pattle islands, all of which are occupied by China, have had their harbours expanded over the course of the last two years. 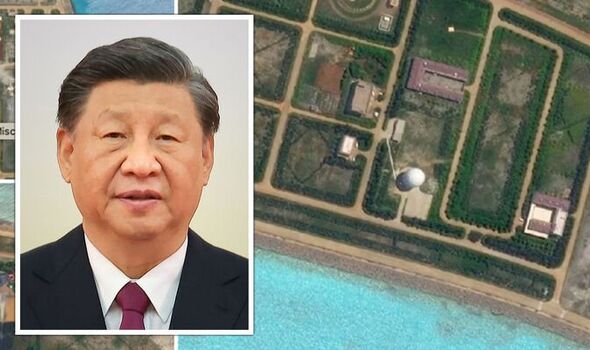 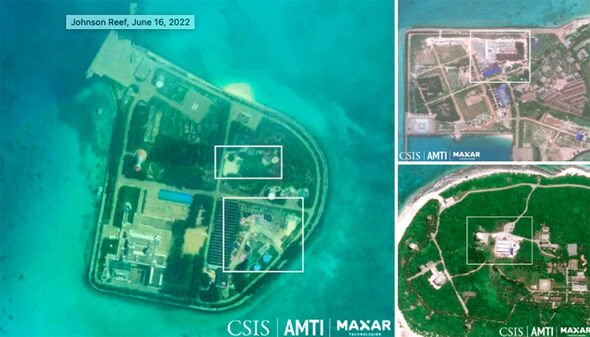 The report adds: “This spring, several structures were completed and minor construction undertaken at Johnson Reef in the Spratlys, and Tree Island and Money Islands in the Paracels.

“In early 2021, solar panels were installed on top of many buildings across Woody Island, the heart of China’s military and civilian administration in the South China Sea.

“And at Mischief Reef, several new radomes were installed since AMTI last surveyed the feature – two in late 2020, and one in early 2022.” 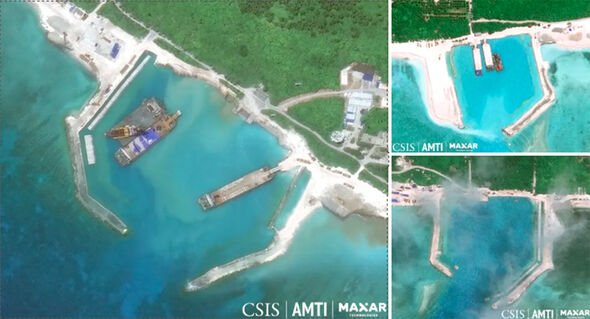 The report also raised questions about precisely what China is up to with, explaining: “From late 2019 through 2021, large blue-roofed structures – likely temporary given the speed at which they have been erected and in some cases moved from one location to another – were installed at every Chinese-occupied feature in the Spratly Islands.

“They seem to be standardised, with most measuring 50 metres long and either 15 or 25 metres wide. The first went up at Fiery Cross Reef in November 2019, followed by Subi Reef in April 2020, Mischief Reef in May, Gaven and Hughes Reef in August, Johnson Reef in September, and Cuarteron Reef by January of 2021.

“The blue structures then made appearances in the Paracel Islands, appearing on Woody Island in April of 2021, Duncan Island in June, and Pattle Island in August. The structure at Woody Island was taken down in January of this year.”

Some of the structures had remained in place since their installation, while others had been taken down, or moved to new locations, the report explains. 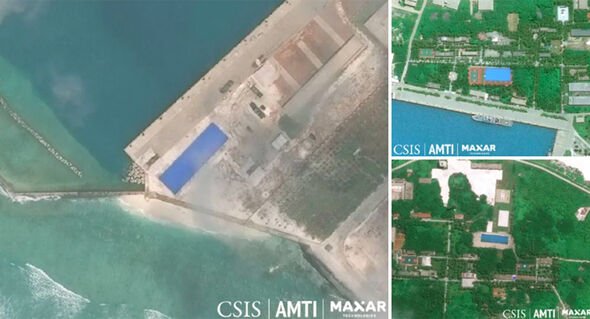 Most recently, the structure at Fiery Cross Reef was moved from its southern tip to a more central location in April 2022.

Subi Reef’s structures have occupied four different locations over the past two years, with two, at the southern and northern ends of the island, simultaneously between April and October 2021.

The Philippines today (Tuesday) reaffirmed it had the legal high ground over China, led by President Xi Jinping, in a long-running maritime row, marking the anniversary of an arbitration ruling which concluded Beijing’s claim to almost the entire South China Sea was groundless.

Following a heated standoff with China, the Philippines took the bold step in 2013 of lodging a case with the Permanent Court of Arbitration in the Hague seeking clarification of its sovereign entitlements under international law. 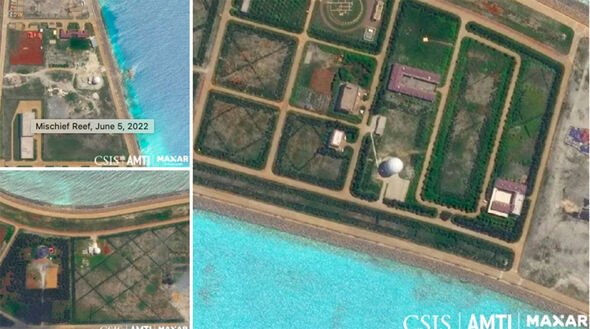 The panel’s 2016 interpretation of maritime boundaries went in Manila’s favour and dealt a major blow to Beijing, which refuses to recognise the outcome and maintains that its claim, based on its own historical maps, remains valid.

Philippine foreign minister Enrique Manalo said: “These findings are no longer within the reach of denial and rebuttal, and are conclusive as they are indisputable.

“We firmly reject attempts to undermine it, even erase it from law, history and our collective memories.”

The Philippines has been unable to enforce the ruling and has since filed hundreds of protests over what it calls encroachment and harassment by China’s coast guard and its vast fishing fleet. 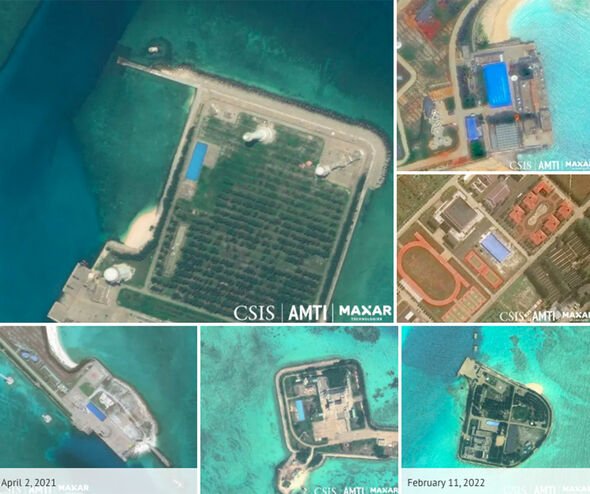 New President Ferdinand Marcos Jr has vowed to defend national sovereignty, but has spoken strongly of the need to enhance ties with China in other areas.

His ambassador to the United States, Jose Manuel Romualdez, also speaking today, told a maritime forum: “We remain optimistic that the best way forward is still diplomacy. Nevertheless, we are prepared to deter aggression.”

In a statement marking the anniversary, US Secretary of State Antony Blinken said the arbitration was final and China must “abide by its obligations under international law and cease its provocative behaviour.”

In a swipe at the United States, his Chinese counterpart Wang Yi said it was important territorial issues be handled within the region.

Speaking during a visit to Malaysia, he said: “We will oppose bloc confrontation and Cold War mentality.”