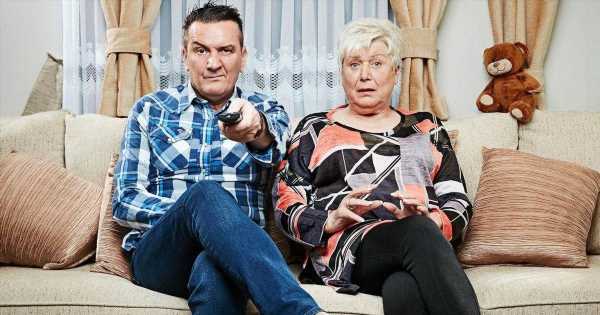 Gogglebox star Lee Riley has said that his best pal Jenny Newby is "back to her normal self" after a health scare.

Fans initially spotted that there was something up with the duo when Lee collected a BAFTA on behalf of the Gogglebox team with no sign of his friend back in May.

He revealed at the time that Jenny had been waiting for an operation for two years, finally coming off the list and undergoing the op that week.

It seems that the Hull native has fully recovered, as Lee shared an update on Instagram.

Writing a post Lee said: "Finally caught up with Jenny in Cyprus oh she is back to her normal self the sun has done her good first night…watch the clip ."

In the clip, Lee said: "Hi everybody, here we are now. We have just come to a party in Cyprus and we weren't even invited. Jenny gate-crashed it and she just got chucked out."

Lee then explained how Jenny was confused about her surroundings and didn't realise that she had accidentally arrived at the party. Lee added: "Anyway happy summer everybody. We are enjoying Cyprus."

Earlier this year, Lee explained to the Daily Star how the Channel 4 series had improved both of their lives.

He said: “Jenny, when she used to smoke, she used to walk out and I’d go, ‘Aren’t we be supposed to watch this?’ Halfway through, you forget.”

Lee continued: “We used to drink, me and Jenny, I think I saw one episode in 2014 and I was there, slurring. It’s not good, so I stopped drinking [on the show] because I don’t know when to stop.”

Lee admitted that Jenny “didn’t watch the show for three years” but she decided to give it a go as “people would come up to her” and ask her about things she had said.

As “it’s all edited,” the duo “didn’t know what was going on” and that they “forgot what they had said,” so Jenny decided to watch herself back “so she could respond to people”.

Series 20 of Gogglebox will start in September and Jenny and Lee are once again expected to feature.