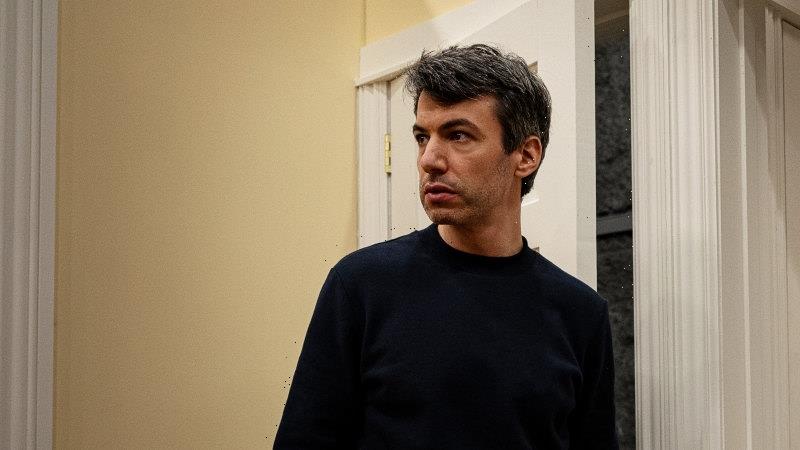 In Nathan For You, Nathan Fielder’s cult series that ran on Comedy Central from 2013 to 2017, the Canadian comedian (and business school graduate) showcased his knack for the profoundly absurd. A clever spoof of reality TV’s save-your-business genre (think Kitchen Nightmares or Bar Rescue), the show had Fielder challenging business owners to a farcical game of “just trust me” logic – despite, often, his subjects’ sensible reluctance.

Despite its cloaked costume of genre parody, Nathan For You was more than that. The joy was in watching the extreme lengths Fielder, a deadpan scamp, would go to in service of a gag – such as spending $350,000 of his network’s budget to construct a “celebrity anecdote” he could tell during an appearance on Jimmy Kimmel (season four’s The Anecdote) – and delighting in the sheer nonsense he’d get away with. 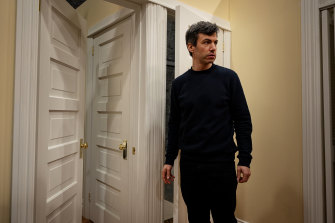 Nathan Fielder in HBO’s The Rehearsal.Credit:HBO

Fielder often gets grouped in with “cringe comics” such as Sacha Baron Cohen and Eric Andre, and Nathan For You’s reliance on real-life patsies – usually (hilariously) recruited via bare-boned Craigslist ads – inspired those pained moments where politeness, or a fear of confrontation, overtake common sense. You might understand, for example, that Fielder telling you “I’m going to put this bag over your head, is that okay?” (season three’s The Hero) is probably not okay, but what are you gonna do, make a scene? Surely not. Even less so when a TV camera crew – our culture’s ultimate deferential authority – is involved.

The Rehearsal, Fielder’s new series for HBO, takes his shtick to a grander level. Its concept will ring familiar to those who remember the play-acting in Nathan For You’s epic season four finale Finding Frances: what if, before undertaking a major life decision (say, having kids), you could act out its potential outcomes first? What if, effectively, you could placate the future’s inherent lack of control?

The first episode draws on Fielder’s obsessive dedication to a snowballing bit. Cor, a 50-year-old teacher, has been living a lie: over a decade ago he told his pub trivia team he had a master’s degree when, in fact, he only has a bachelor’s degree. He fears when he comes clean, the team – particularly his moody buddy Trisha – will disown him. The stakes couldn’t be lower, but Fielder concocts an elaborate simulation to prepare Cor for his fate – including constructing an exact, full-size, working replica of the pub where it will all go down, right down to the trivia questions and the rips in the bar stool cushions. 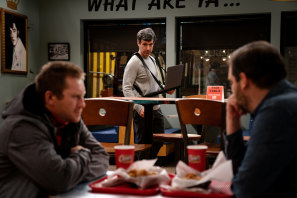 In the comedy series, Fielder leads participants through a simulation of a difficult moment in their lives.Credit:HBO

The Rehearsal, then, picks up threads from across Nathan For You’s best episodes, where extreme effort was put towards an ever-inane mission. And really, such silliness would’ve been enough. But things really veer into unhinged madness as Fielder starts blurring fact and fiction, bringing his own persona centre-stage as the entire concept builds into a house of cards and meta-narratives fold in on each other. In a telling bit, Cor compares Fielder’s grand designs to Willy Wonka. “Wait, wasn’t he a bad guy?” Fielder replies. “Well, uh… He’s a dream-maker,” says Cor. “I’ll read the book again, just to look into it,” says Fielder.

Thanks to his normcore aesthetics and awkward demeanour, Fielder tends to get away with more than he should. But as with other social pranksters, like Baron Cohen, there’s been debate about the ethics of Fielder’s work, especially since most of his “targets” are ordinary, working rubes. Reddit users pore over participants’ names, trying to discern what’s real and not among Fielder’s misdirection and what they thought of their on-screen experience. Are these people real, or are they acting? Are they in on the gag, or caught unaware? Who or what are we laughing at, and why does it sometimes feel so wrong yet so right? In The Rehearsal, things get especially murky amid an uncomfortable dénouement with a child actor.

This time around, Fielder attempts to interrogate his own process. Episode four subversively grapples with the core questions around his shows (and, well, reality TV in general): Why do these people even decide to take part? What are they expecting to get out of it? Why don’t they jump up and ask what’s going on when things take an obvious turn for the weird and ridiculous? Is the allure of TV fame really that strong? Fielder’s answer hints at empathy and contrition, or at least an acknowledgement of the competing goals between showrunner and subject – until he just takes another step deeper.

Yes, he’s a maniac. It takes a mad genius to concoct such preposterous shenanigans and leave you laughing uncomfortably at the results. A maker of dreams, indeed. And nightmares. Hilarious nightmares.

The Rehearsal premieres on Foxtel and Binge on July 16.