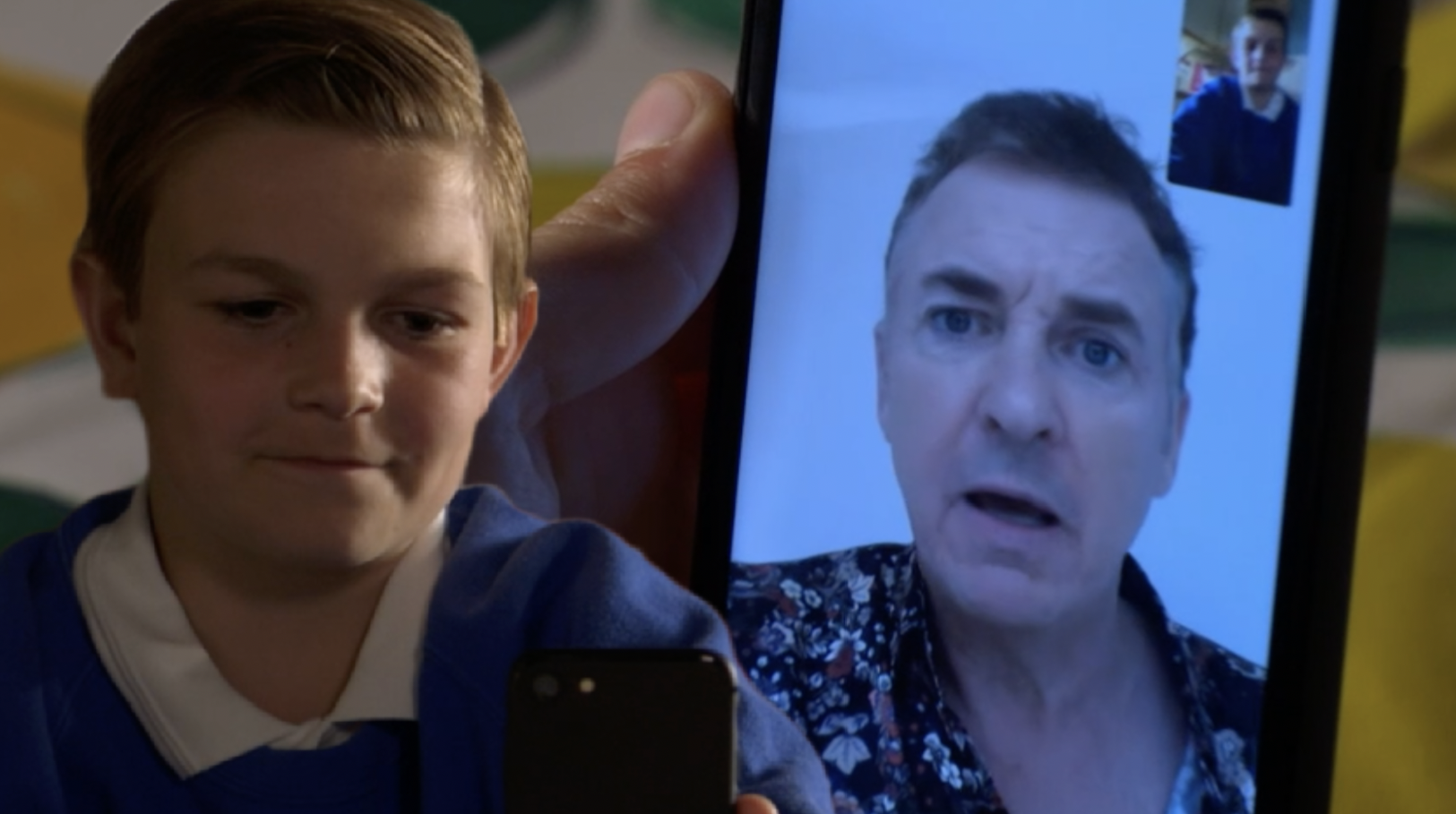 The character, who is due to make an official return to the BBC One soap later this year, popped up on Tommy’s phone, after he video called him, hoping for a chat with his dad.

‘Tommy!’ exclaimed Alfie, after he answered the call, stunned by how much his son had grown since he’d last saw him. ‘Tommy, my boy! I’ve been thinking a lot about you, buddy.’

Tommy was delighted to hear that, as Alfie reiterated that he’s ‘never far from his thoughts’.

Alfie, however, soon became distracted during the call, and this – coupled with a dodgy connection – led to Tommy making a quick getaway.

Upset by the phone call, the little lad asked Phil Mitchell (Steve McFadden) – who he’s grown incredibly fond of – if he can call him ‘dad’.

Phil was unsure of what to say, and Kat Slater (Jessie Wallace) soon offered her opinion on the matter, telling him that Alfie is his father, but he can call Phil his ‘dad’ if he’d like to.

Alfie, meanwhile, will stage a proper comeback later this year, and it’s safe to assume that he’ll not be too pleased about his son thinking of another man as his dad.

Will he fight for his family upon his return to the Square? What’s more, will he win back soulmate Kat’s affections, thus bringing to an end her relationship with Phil?

Shane Richie said of his return to EastEnders: ‘It’s an absolute honour and privilege to be asked back to my TV home of Albert Square.

‘I’m looking forward to catching up with some old cast mates and meeting some new ones.

‘The new exec producer Chris Clenshaw has been instrumental in wanting to bring Alfie Moon back with some wonderful storylines… and who am I to say no?! I can’t wait.’

EastEnders continues Wednesday July 13 at 7pm on BBC One, or stream the next episode on BBC iPlayer right now.