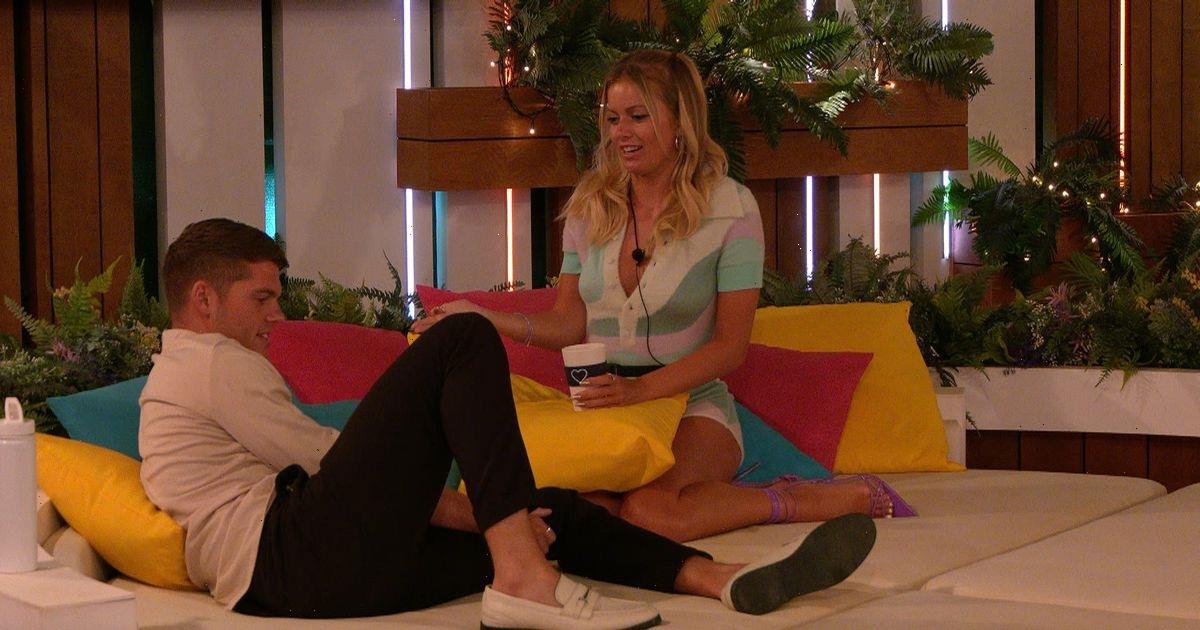 Love Island's Tasha Ghouri and Andrew Le Page have been accused of using the partners they coupled up with at Casa Amor.

In the Casa Amor recoupling, Tasha chose to leave Andrew for new boy Billy Brown, 26, and Andrew chose to recouple with Coco Lodge, 27.

Upon returning to the villa, Tasha and Andrew had a heart to heart, admitting their feelings for each other were still valid.

Andrew called things off with Coco, but failed to tell Tasha about his X-rated antics with the graphic designer from Surrey.

Feeling used, Coco revealed to Tasha exactly what she and Andrew did during Casa Amor.

Their actions were censored for TV, but Coco confirmed, saying: “Andrew sucked my t*t."

Andrew supposedly told Coco he wanted to "ruin" her, a comment which she expanded on: "A lot of touching, a lot of things were said. He obviously wanted to f**k me."

Discussing Andrew's mistakes on the Love Island: The Morning After podcast, guest host and comedian James Barr accused Andrew of using Coco all along.

"You don’t say you want to 'ruin' someone if you love them. He clearly didn’t have feelings for Coco; he was just using her."

However, host Kem Cetinay was quick to accuse Tasha of using her new partner, Billy, too.

"I don’t think Tasha’s making the situation any better either. I don't think she’s being clear about what she wants."

Tasha has kept things sweet with roofing company director, Billy, hugging and canoodling at night whilst Andrew sleeps outside in the "doghouse".

This rubbed ex-Islander Kem up the wrong way, commenting on her actions saying: "When you see her in bed with Billy, you think she’s mad about him and then you see her crying about Andrew the next morning – she’s giving mixed signals as well.

"It’s not like she’s marked it out of the questions completely."

Billy confided in football legend Michael Owen's daughter, Gemma for advice about Andrew and Tasha's situation as it was making him feel "annoyed".

He decided he'd chat to Tasha but has since taken a warming to Gemma , 19, who he has mutual connections with on the outside.

He was spotted flirting and flinging his arm around Gemma by an eagle-eyed Luca Bish, 23, who is currently partnered up with her.