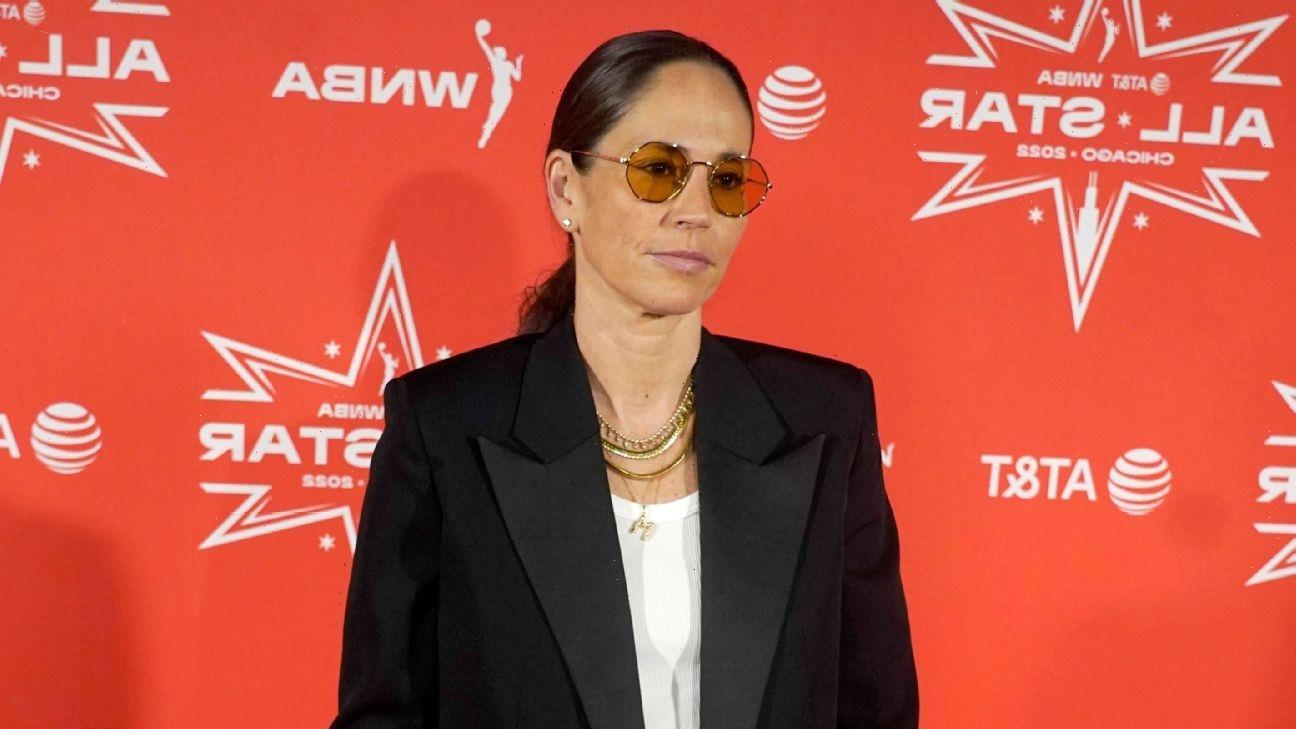 WNBA players have dazzled all season long with their wardrobe combinations, so it’s no surprise the exceptional attire continued at the league’s orange carpet event during All-Star Weekend.

The stars of “The W” took center stage in Chicago on Friday as a number of players wore eye-catching apparel. There were so many great looks that it isn’t fair to pick one as the best of the night. But a few players did garner attention for their outfit choices.

The Seattle Storm’s Sue Bird showed off on the runway with an ensemble featuring a blazer and dope sneakers, while Dallas Wings star Arike Ogunbowale kept things silky smooth with her attire.

Here’s a look at those fits and more from Friday’s festivities on the orange carpet:

Harrison arrived in a Jordan and Kim Shui collaboration. A necklace featuring the Jumpman logo accompanied her look, which was also accessorized with black shades and hoop earrings.

Ogunbowale donned a green silk outfit and a necklace with her brand logo as the charm.

Bird, who will be participating in her final All-Star Game Sunday, sported an Yves Saint Laurent blazer, two-toned pants and Air Jordan 1s.

The jacket was made by designer John Thomas, who has made similar apparel for various WNBA stars.

Hamby matched her daughter Amaya with denim-centric fits on the orange carpet.

Bonner arrived in a sparkly dress, while Thomas came in an impressive suit.

Loyd brought out top-tier footwear, pulling up to the orange carpet in a pair of “Dior” Jordan 1s.

Copper was all-Adidas on Friday, showing up in a romper from the sports apparel company.

Parker, who is from Illinois, came to the orange carpet styled in a green silk suit.

A fit featuring Gucci and Adidas? An exceptional combination by Wheeler.

Young found the perfect color to complement her blue jacket.