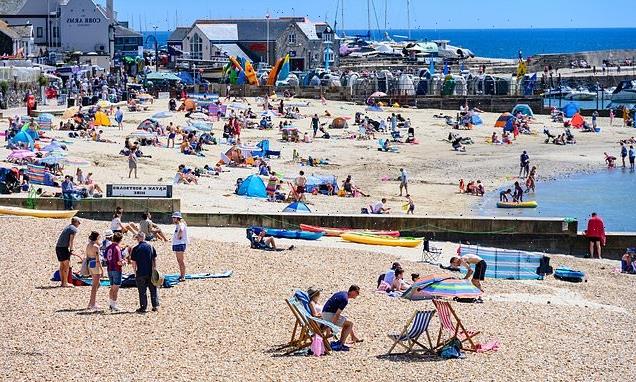 Too hot to play outside! Parents are told to keep their children indoors as medics issue health warnings ahead of longest heatwave in years with temperatures set to soar to 33C from this weekend

Parents have been told to keep their children indoors ahead of the longest heatwave in years, with temperatures set to soar to 33C from this weekend.

The mercury is expected to hit 28C (82.4F) in the south east this afternoon, with Britons expected to spend their weekends sat on the beaches and green spaces across England and Wales to make the most of the start of a hot spell for the UK.

Temperatures like this are surpassing holiday hotspots including Mykonos, with 23C (73.4F), and Split, with 24C (75F).

But Saturday’s hot and sunny weather is only the start – with temperatures itching up day by day until we reach a peak on Monday and Tuesday with a scorching 32C (89.6F)

With one of the longest stretches of piping hot weather ahead, NHS Sheffield Foundations Trust have warned the parents of the UK to not let children run around in the sun, and if they are being exposed, to keep clothing light.

‘Make sure your children drink plenty of water to stay hydrated. Remember drinking little and often is best,’ they wrote in a thread on Twitter.

‘Don’t allow your children to stay in the sun for long periods – and never leave them in a car on a hot day. Resting in the shade and finding cool places is important. When they are in the sun, children should wear light clothing that covers as much of their skin as possible. 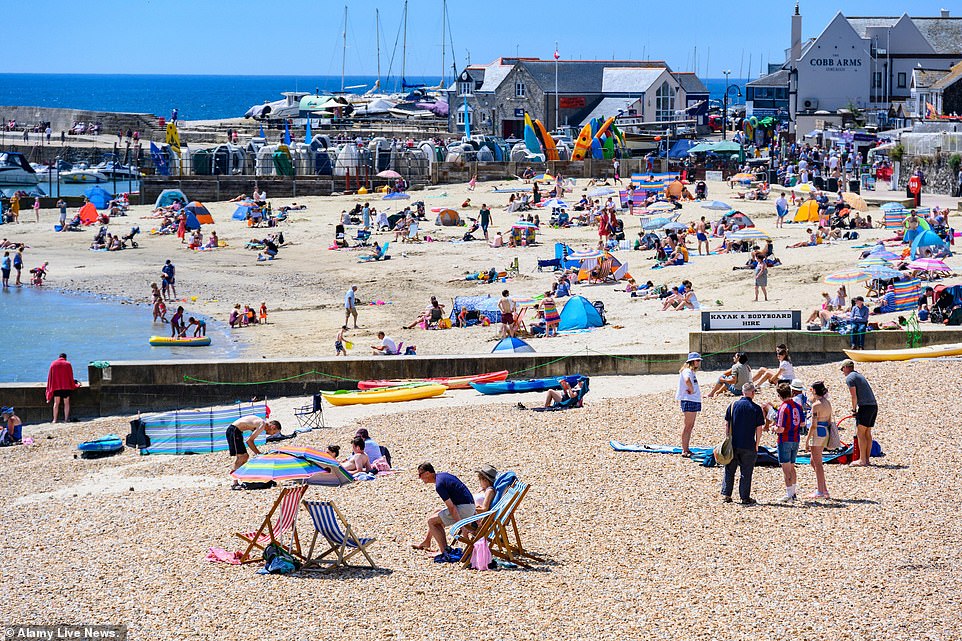 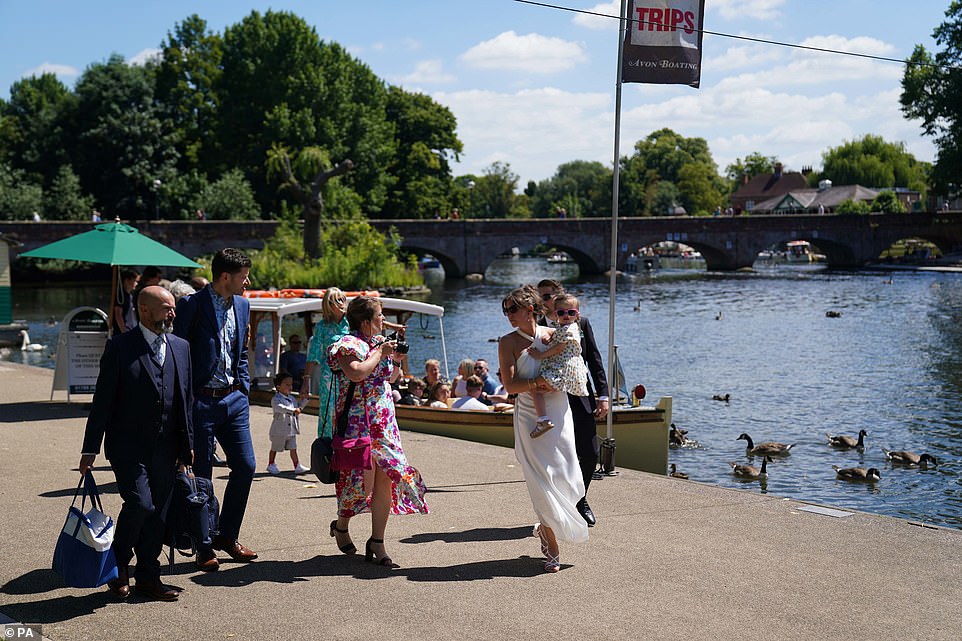 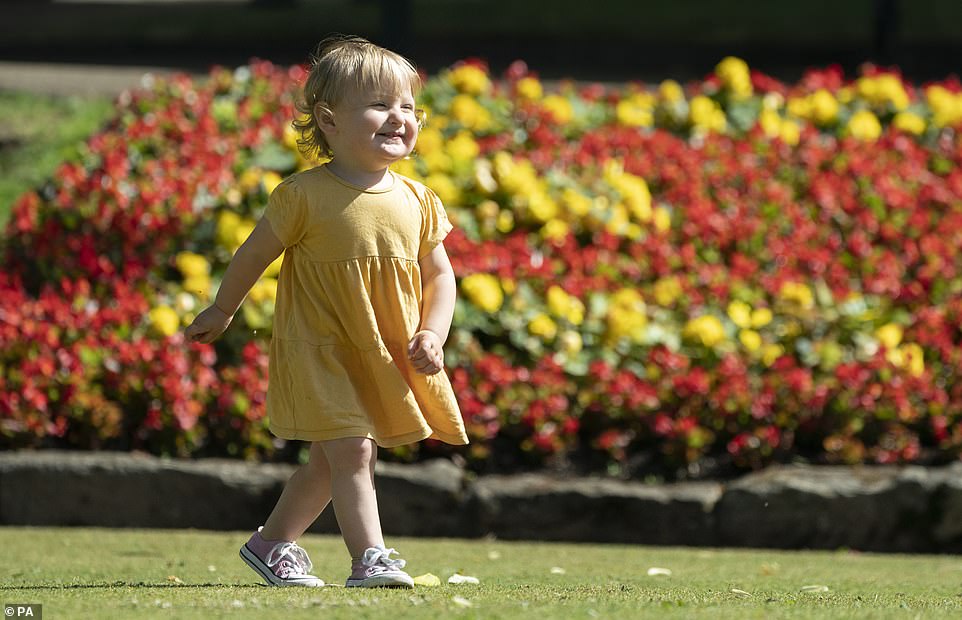 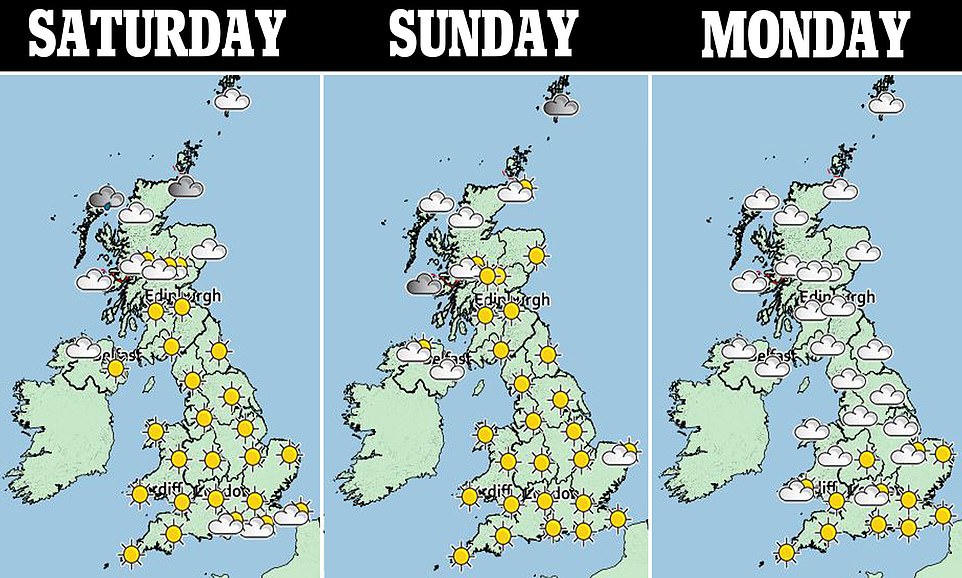 They also identified the first signs of a child who is overheating, becoming grumpy or complain of a headache, adding that if this happens, they should be brought into a shaded place which is as cool as possible: ‘Remove any clothing you can, give them water to drink and get them to rest.’

The UK Health Security Agency issued a Level 3 heat-health alert today warning ahead of the heatwave, up from the Level 2 alert which had been in place. The new warning runs from 9am next Monday until 9am next Friday. 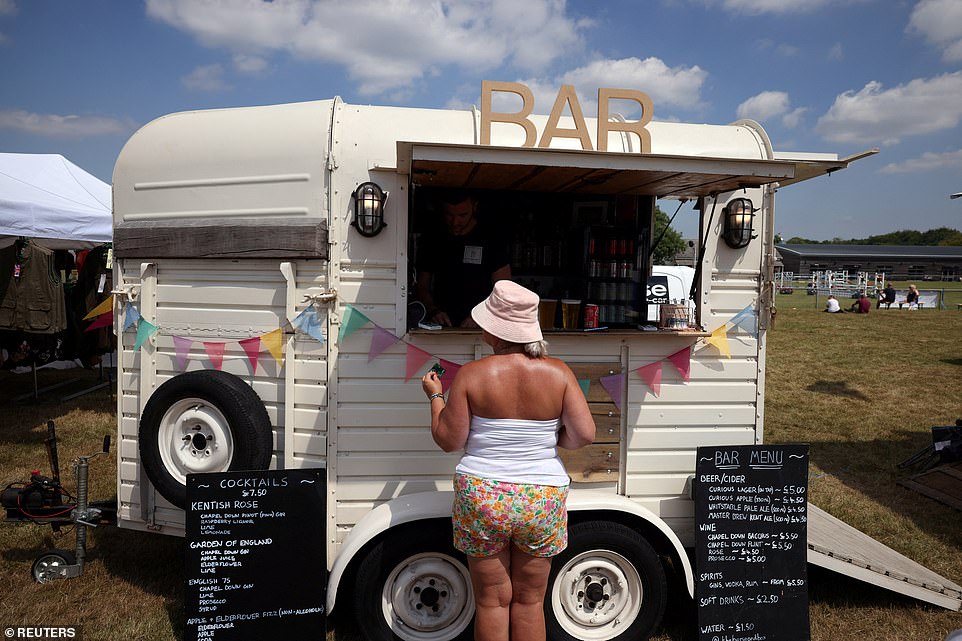 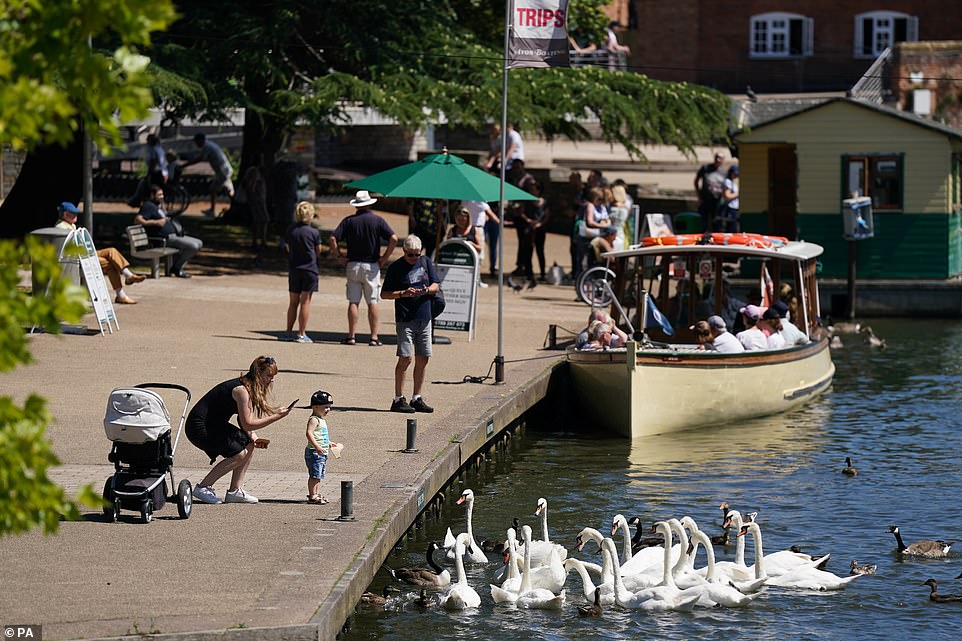 The Level 3 alert covers the East of England, South East and London regions – and warns Britons to ‘look out for others, especially older people, young children and babies and those with underlying health conditions’.

Red Cross climate manager Maarten van Aalst said that sports days at schools on the final week of term may have to be rearranged, adding that parents should try to keep children ‘in a cool spot’ like a forest or pool, he told the Telegraph.

Met Office meteorologist Greg Dewhurst told MailOnline that the usual advice for heatwaves apply, with the sun being its strongest between 11am and 3pm, avoid the sunshine – both children and adults. He added that it’s best to drink lots of water and to stay inside instead of outside during the peak heat of the day. 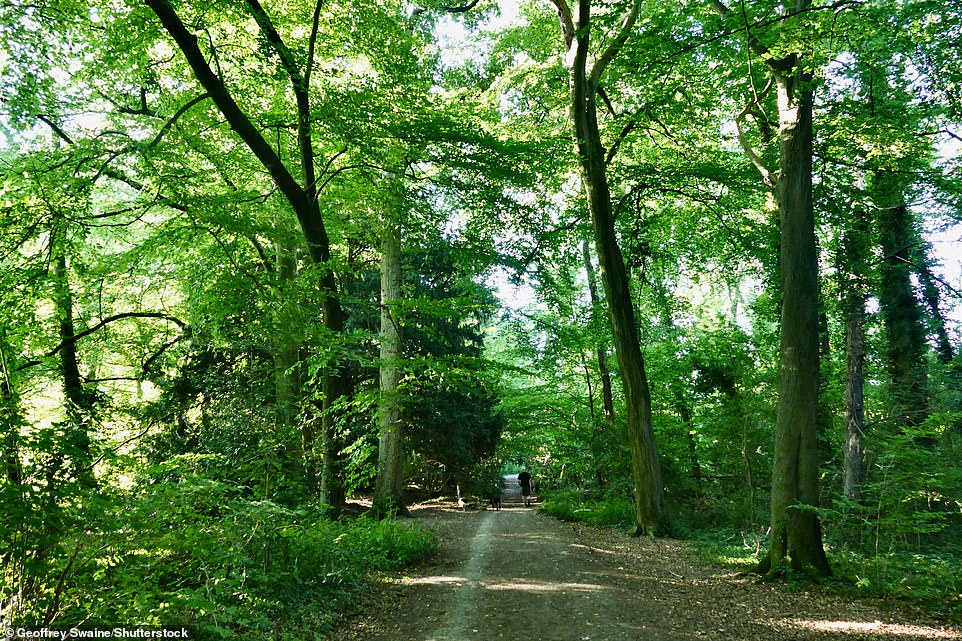 Saturday’s hot and sunny weather with highs of 28C (82.4F) is only the start – with temperatures itching up day by day until we reach a peak on Monday and Tuesday with a scorching 32C (89.6F). Pictured, people walking out early before temperatures rise in Dunsden, Oxfordshire, this morning 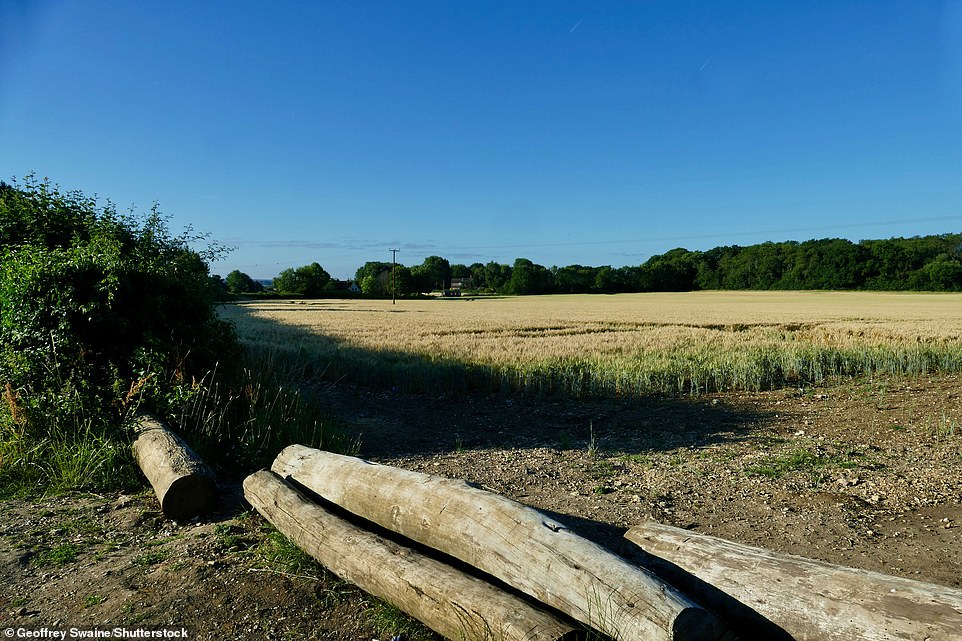 Barley crops look golden in the early mornings sunshine in Dunsden, Oxfordshire, on Saturday. Parents have been told to keep their children indoors ahead of the longest heatwave in years, with temperatures set to soar to 33C from this weekend

The high pressure dominating much of the UK will see plenty of sunshine at many parts of the weekend, with bits of cloud in Northern Ireland and Scotland, he added.

‘It looks like that pressure holds on early next week,’ he said. ‘It may start to come down Tuesday and Wednesday, where temperatures will lower and there will be a rest bite later in the week.