Celia Rose Gooding is set to return to screens in 2023 as Nyota Uhura for season two of Star Trek: Strange New Worlds. Ahead of its release, the actress detailed the positive feedback she received from fans about her portrayal.

Nyota Uhura first made her appearance in the Star Trek franchise in the 1960s when the character was played by Nichelle Nichols.

The first season of Star Trek Strange New Worlds reprised a number of other legendary characters including Spock, who was played by Ethan Peck.

The Strange New Worlds spin-off also served as a prequel to the original Star Trek series and a partial sequel to Star Trek: Discovery. 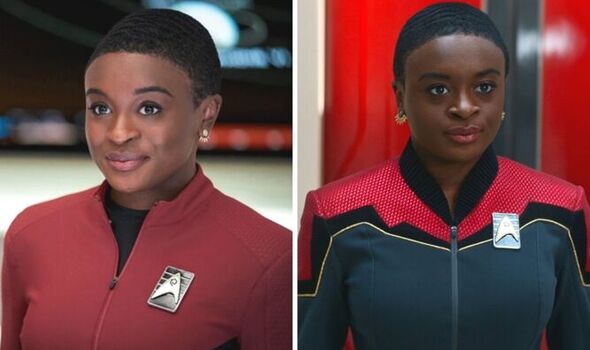 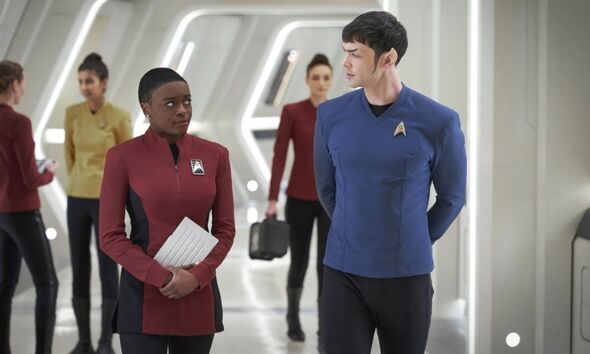 As a result, the series was met with much excitement from the franchise’s loyal fans who were eagerly awaiting its release.

Many had high expectations as the Star Trek universe has been a worldwide phenomenon since it first landed on screens in the 60s.

This resulted in the franchise being worth an estimated $10.6billion (£9.1billion) in revenue. 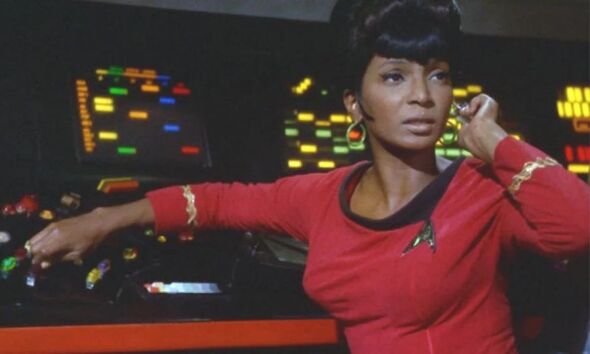 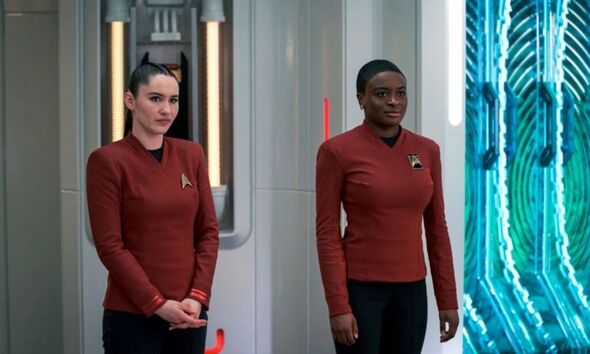 Although Uhura was an original character, fans got to see a different side to her with Gooding’s portrayal.

While she remained the super talented linguist, viewers were able to find out more about her background with character-focused episodes.

Her origin story was finally explored as it revealed what led her to join the starship USS Enterprise.

During the episode titled ‘Children of the Comet’ fans remarked Gooding received more limelight as Uhura than Nichols ever did during her 25-year portrayal.

Gooding told Deadline she was well received by the fan club and received an outpour of positive messages for her role.

She stated: “There’s been such an outpour of love, I am overwhelmed with like the tsunami of positivity that I’ve been faced with.

“This character is so iconic and legendary, even beyond Star Trek the franchise, and so I think people were just really excited to get to know her.”

The actress added: “Because of the political climate of the 60s we didn’t really have an opportunity to really get to know her in the way we could in 2022.”

“I think people were excited to get to know Uhura before she turned into the icon we all know her to be.

“People seemed to have enjoyed it, which makes me feel a lot more at ease and I’m incredibly excited to grow and continue to sort of peel back the layers that people are so hungry for.”

Viewers can look forward to seeing more of Uhura and discovering more about her history when season two is officially released sometime in 2023.