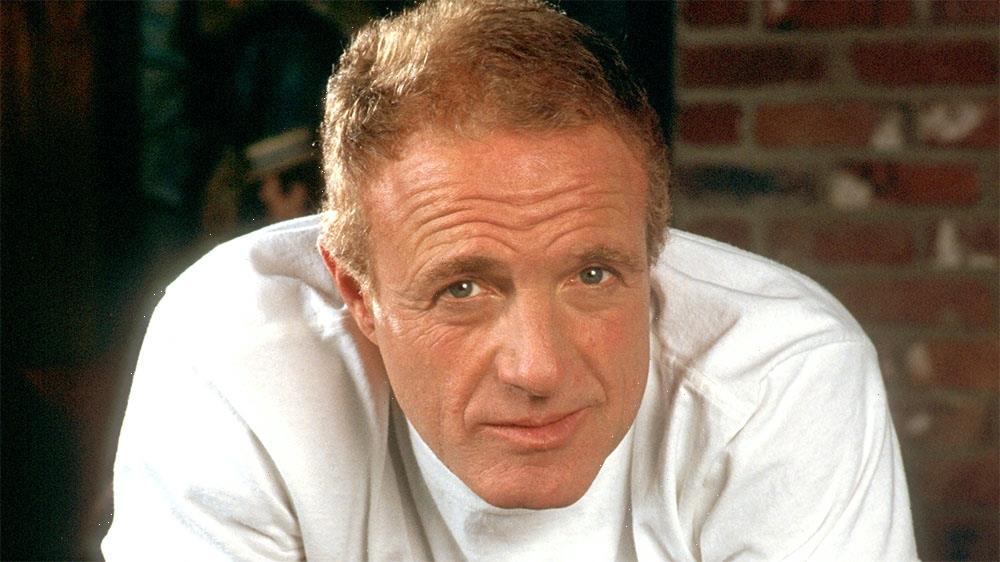 James Caan, whose indelible, Oscar-nominated performance as Sonny Corleone, the recklessly hotheaded son of Marlon Brando’s Mafia don in “The Godfather,” is sure to be remembered as long as there are gangster movies, died on Wednesday, his family announced on Twitter. He was 82.

“It is with great sadness that we inform you of the passing of Jimmy on the evening of July 6,” the tweet reads. “The family appreciates the outpouring of love and heartfelt condolences and asks that you continue to respect their privacy during this difficult time.”

Sonny’s violent end in Francis Ford Coppola’s “The Godfather” — riddled, as he is, with dozens of bullets — is one of the most memorable scenes in a film filled with them.

Caan initially auditioned for the role of Michael, the college-educated war-hero son who would ultimately become don, and the studio, Paramount, supported this casting for a time; Al Pacino was cast as Michael and Caan as Sonny as part of a complex compromise between Paramount and Coppola.

Caan was riding high on the success of TV weepie “Brian’s Song,” in which he played the dying football player Brian Piccolo alongside Billy Dee Williams as Piccolo’s best friend, Gale Sayers, when he was cast in “The Godfather.” “Brian’s Song” won a number of Emmys, including outstanding single program — drama or comedy, and Caan was nominated for his performance.

The actor had earlier starred for Coppola in the director’s odd little road movie “The Rain People” (1969), in which Caan played a brain-damaged hitchhiker.

But as his career progressed over the decades, Caan would repeatedly essay characters with a penchant for violence.

In addition to “The Godfather,” Caan’s signature films from the 1970s include Mark Rydell’s “Cinderella Liberty” (1973), in which he played a sailor in love with a hooker; Karel Reisz’s 1974 “The Gambler,” in which he played a man with a serious gambling addiction; Sam Peckinpah actioner “The Killer Elite” (1975), a story of CIA assassins that reunited him with Duvall; musical romantic comedy “Funny Lady” (also 1975), with Barbra Streisand and Omar Sharif; Norman Jewison’s satirical, dystopian sci-fi drama “Rollerball,” in which he played a popular athlete in a violent sport based on roller derby but often ending in death; Alan J. Pakula’s Western romance “Comes a Horseman,” in which Caan starred with Jane Fonda and Jason Robards; and the Neil Simon-penned “Chapter Two,” in which a seemingly uncomfortable Caan was essentially a stand-in for Simon in the story of how he got together with second wife Marsha Mason — played in the film by Marsha Mason.

In between the last two films, Caan directed his only movie, “Hide in Plain Sight,” about a blue-collar worker, played by Caan, whose ex-wife gets remarried to a mobster, who sings to the cops, resulting in the relocation of the couple along with the children through the witness relocation program, leaving Caan’s character with no idea where his kids are. The film, which was released in 1980, was based on a true and certainly compelling story, and the actor’s performance was applauded, but critical reaction was summed up in Variety’s review: “‘Hide in Plain Sight’ has some of the makings of a good, honest film. But in his directorial debut, James Caan never musters the energy or emotion needed to break the unbearably slow, dismal tone.”

The next year he starred in Michael Mann’s stylish but also substantive actioner “Thief.” Roger Ebert described the layers in his character this way: “Caan sees himself as a completely independent loner. But we see him differently, as a lonely, unloved kid who is hiding out inside an adult body.”

In 1987, after an absence from the screen of five years, Caan worked for Coppola again in “Gardens of Stone,” starring as a sergeant overseeing military burials at Arlington National Cemetery during Vietnam, but the film was something of a mess and the Washington Post described the actor’s performance as “honorable.”

Caan next took a turn into sci-fi with a helping of social satire in “Alien Nation,” whose backstory involved the integration of aliens (the outer space kind) into human society. Caan played a no-bullshit cop with a hatred for the aliens; Mandy Patinkin played the alien detective with whom he’s paired to solve a politically sensitive murder.

Caan was part of the large ensemble of actors collected to appear in Warren Beatty’s purposely outlandish “Dick Tracy” (1990), but more memorably that year, he starred with Kathy Bates in an adaptation of Stephen King’s novel “Misery,” playing a novelist who’s seemingly rescued after a car crash and brought back to recuperate at a woman’s home; it soon becomes clear, however, that she’s an obsessed fan who will do anything to keep him there. Both Bates and Caan were roundly commended for their performances in this terrifying thriller, and Bates won the best actress Oscar.

The following year Caan teamed with Bette Midler and reunited with director Mark Rydell for the critically acclaimed “For the Boys,” about a couple who entertain the troops over the years.

He essayed a role that was particularly in his wheelhouse in 1992’s “Honeymoon in Vegas,” playing a mobbed-up gambler trying to wrest Sarah Jessica Parker’s character from Nicolas Cage. The actor showed another side of himself in the football movie “The Program,” in which he played the coach.

A few years later, Caan played a critical role in Wes Anderson’s first film, “Bottle Rocket.” The New York Times said: “Anderson has chosen the right actors. And his biggest leap, the casting of James Caan as the party-boy criminal who is Didgnan’s hero, gives the film a third-act burst of the manic energy it needed all along. Caan presides over several festive scenes with a lunatic bonhomie that lights a welcome spark.”

The actor played another Mafioso in the Hugh Grant comedy “Mickey Blue Eyes” and must have been growing tired of such roles at this point. He returned to similar territory in James Gray’s far more ambitious drama “The Yards.” The New York Times said, “James Caan, the original Sonny Corleone, is conveniently on hand to infuse ‘The Yards’ with his smiling-cobra charm as Frank Olchin, the corrupt captain of a hugely profitable business repairing New York subway cars.”

By the early 2000s, Caan was still working steadily, but the roles were often predictable and the projects uninteresting, though there were exceptions.

Lars von Trier cast Caan in his avant-garde film “Dogville,” but he cast him as the gangster. He played a con man in “City of Ghosts,” starring and directed by Matt Dillon, but that flawed but interesting film, shot in Cambodia, gave Caan something to chew on. He gave an interesting performance as the superintendent of an apartment building seeking the murderer of an occupant in the paranoid mystery “Jericho Mansions.” And the actor got to show a different side of himself in the Christmas comedy “Elf.”

Caan turned to television in 2003, starring in NBC drama “Las Vegas” as a casino boss, but not a sinister one. The series was a moderate success and ran through 2007.

In 2006 and 2007 Caan lent his voice to several “Godfather” videogames. In 2012 the actor guested on “Hawaii Five-O,” starring his son Scott Caan. Caan starred with Maggie Lawson in the Little League-themed ABC sitcom “Back in the Game,” which ran briefly in 2013, and he recurred on the Starz drama “Magic City” in 2013 as a Chicago mob boss.

The young Caan first worked on the stage and made his Broadway debut in “Blood, Sweat and Stanley Poole,” starring Peter Fonda, in 1961. He began making guest appearances on series including “The Untouchables,” “The Alfred Hitchcock Hour,” “Ben Casey” and “Dr. Kildare.” He appeared as a thug in the Olivia de Havilland thriller “Caged” in 1964 but first came to notice playing John Wayne’s young sidekick in Howard Hawks’ 1966 Western “El Dorado.” Caan starred with Robert Duvall in Robert Altman’s little-remembered space exploration drama “Countdown” (1968) (of course the pair would reunite three years later for “The Godfather”) but more importantly starred with Shirley Knight in Coppola’s odd little road movie “The Rain People” (1969) before “Brian’s Song” and “The Godfather” changed his life.

James Edmund Caan was born in the Bronx. He attended Michigan State U. (where he played football) and Hofstra U. His classmates at the latter included Francis Ford Coppola. He studied at New York’s Neighborhood Playhouse School of Theater under Sanford Meisner.

He was married and divorced four times, to Dee Jay Mattis, Sheila Ryan, Ingrid Hajek and Linda Stokes. He is survived by daughter Tara A. Caan, by Mattis; son Scott, an actor, by Ryan; son Alexander James Caan by Hajek; and sons James Arthur Caan and Jacob Nicholas Caan by Stokes.