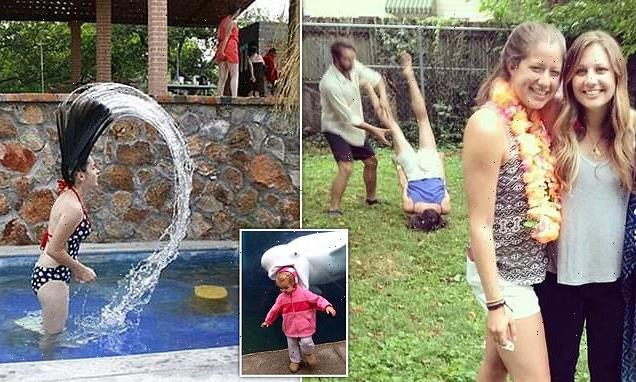 Look behind you! Hilarious moments photos were ruined by accidental photobombs – from a cheeky beluga whale to a cheerleading trick gone wrong

It’s easy to spend so long perfecting your pose in front of the camera that you forget to double check the background of a photo before clicking ‘upload’, as these photos prove.

Social media users from around the world have shared hilarious examples of times they were unintentionally upstaged by a rogue photbomber or eye-catching detail, with the very best snaps shared in a gallery on website Wacko Jaco.

One woman channelled her inner supermodel with a dramatic pool shot while on holiday, only to realise on closer inspection that a woman nearby was picking a wedgie.

Elsewhere, two mounted police officers were upstaged by a horse when they posed for a photo for members of the public.

Another snap of a man and a woman smiling together at a party is completely transformed once you spot the partygoer falling down the stairs behind them.

Here, FEMAIL shares some of the funniest photos… 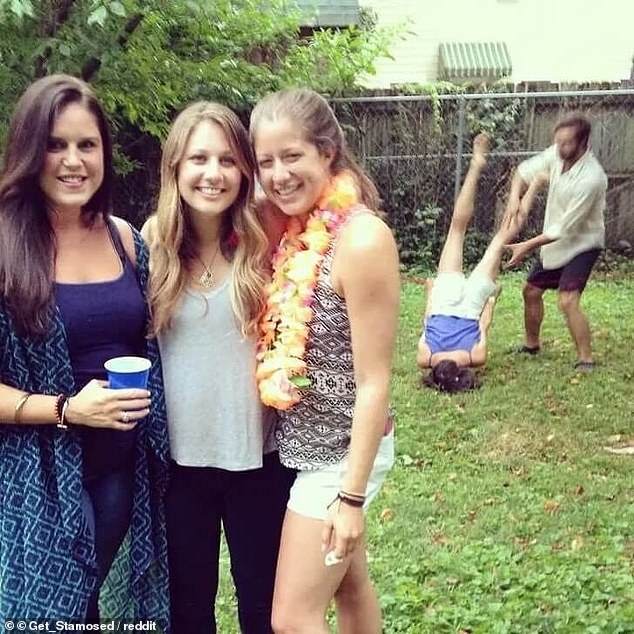 Party trick gone wrong! These American partygoers were posing for a photograph totally unaware that an impromptu cheerleading practice session behind them had gone badly wrong 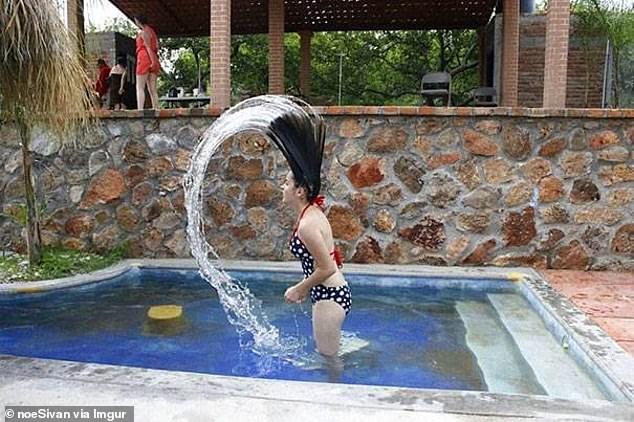 Getting stuck in: A social media user from Mexico shared this photo of a woman flipping her hair in the pool with a rather unexpected sighting in the background 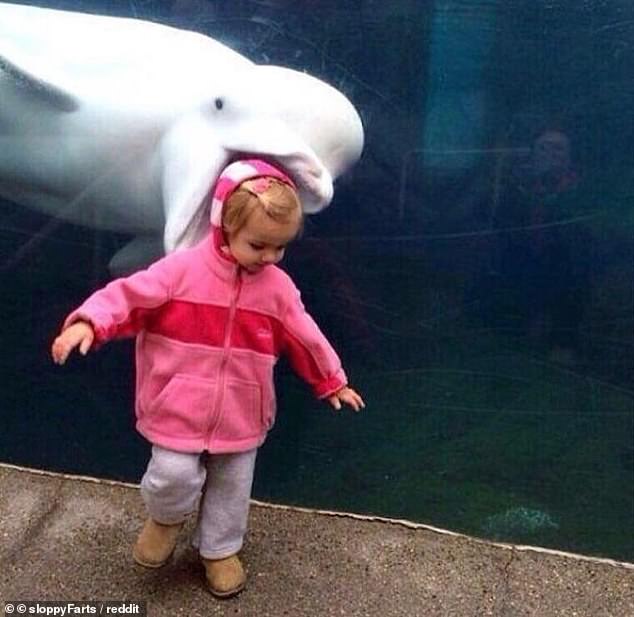 Open wide! An Austrian Reddit user shared a photo of the moment a curious beluga appeared to get a little too close to a little girl during a trip to the aquarium 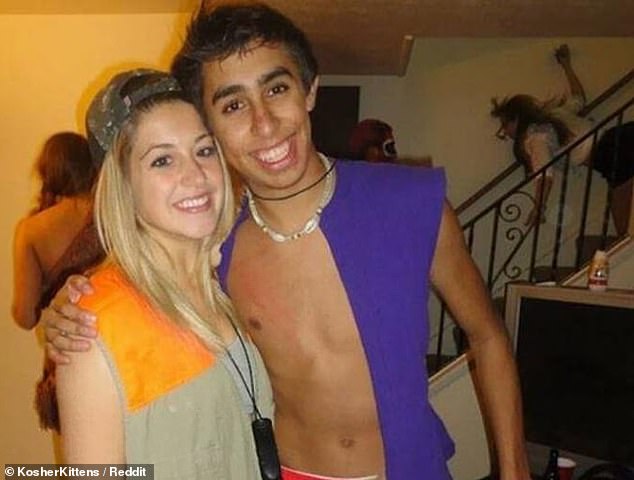 That’s going to be worse than a hangover! A partygoer took a tumble at a gathering in the US at the exact time a photo was being snapped downstairs 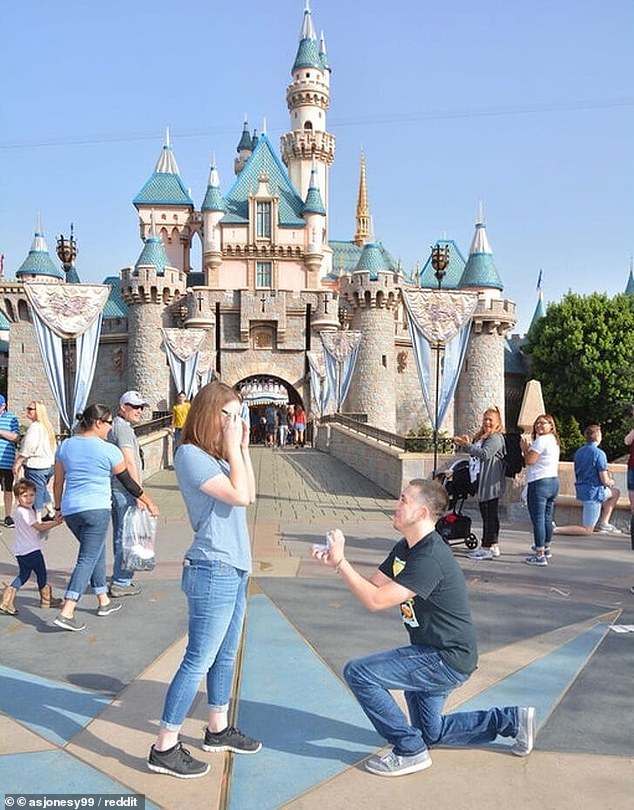 The most romantic place on Earth? This man got down on one knee during a trip to Disneyland, not realising that another romantic Romeo had the same idea just a few feet behind him 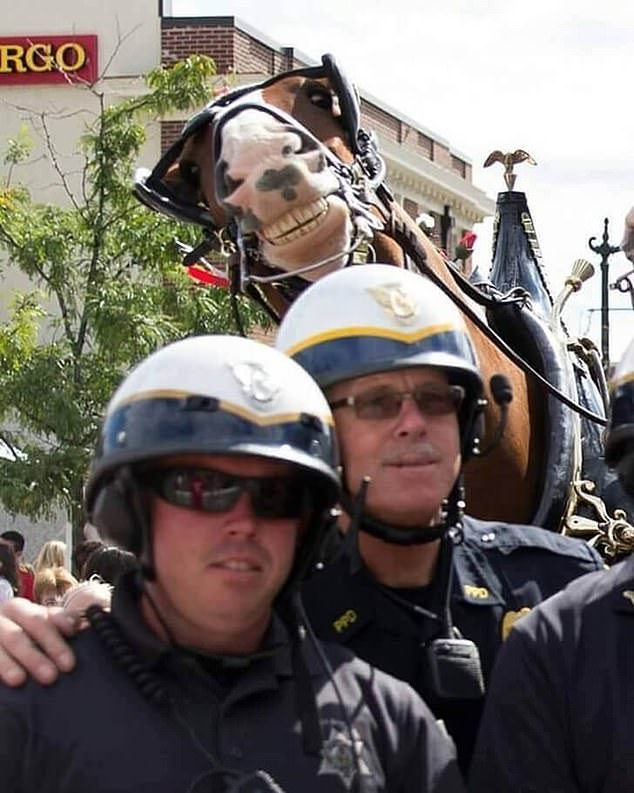 Horsing around! These two American police officers were unknowingly upstaged by a horse 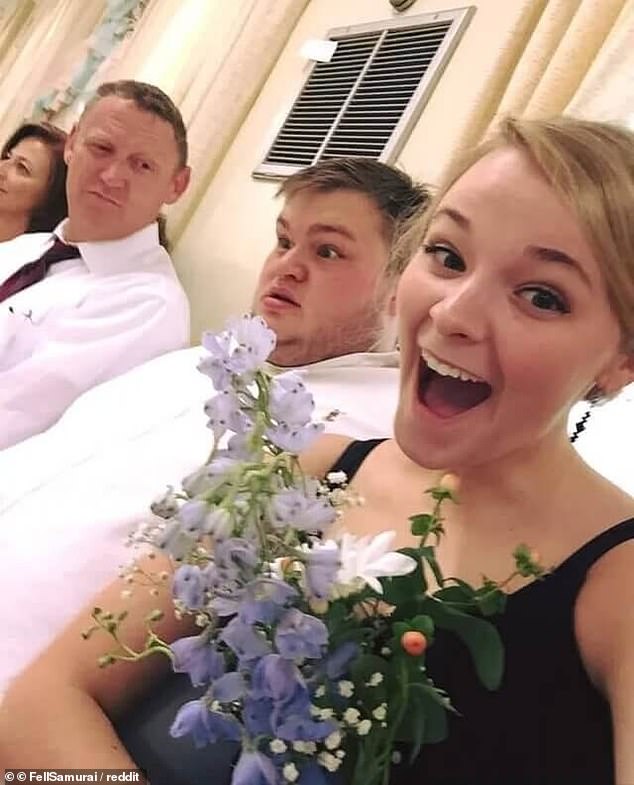 Scene-stealer: A woman’s smiling selfie, apparently taken at a wedding in the US, was transformed by the hysterical reaction of the man behind her 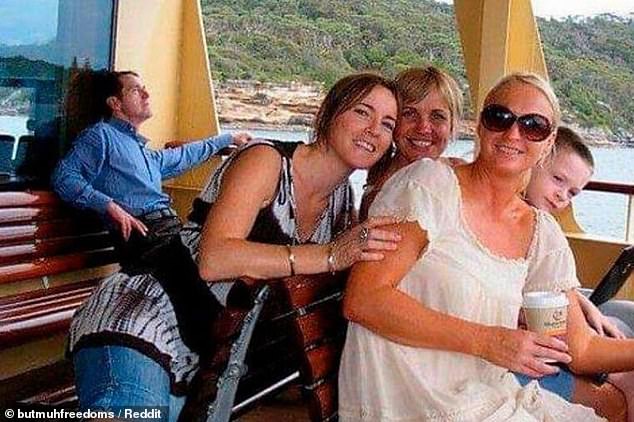 Made you look! This group of women on a boat trip must have done a double-take when they saw the man in the background of their snap 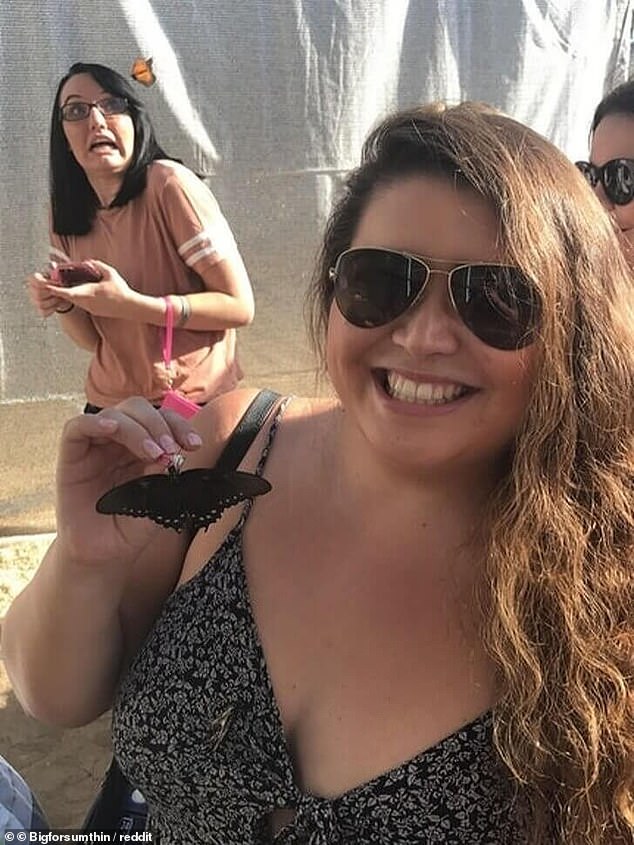 Attack of the killer butterfly! A woman visiting a butterfly exhibit at the OC Fair in Costa Mesa, California, was showing off her find… but the woman behind her looked terrified 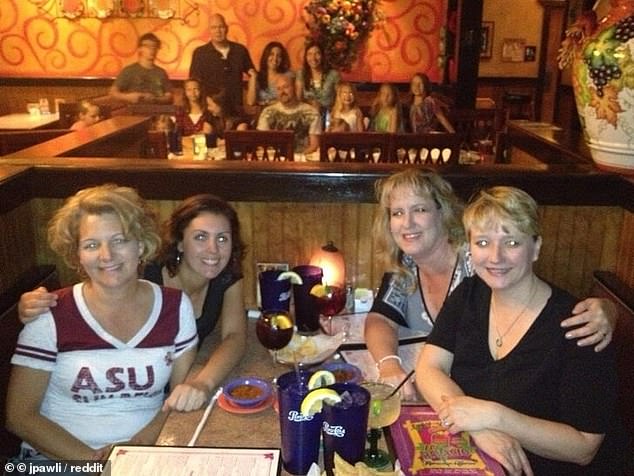 World’s largest photobomb? A large family from the US played a harmless prank when they spotted a group of women having their photo taken at the same restaurant 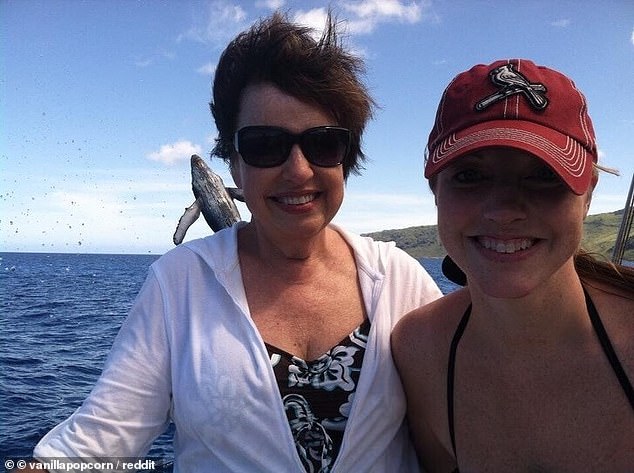 Having a whale of a time! An American Reddit user shared an extraordinary snap of the moment a whale breaching was caught on camera 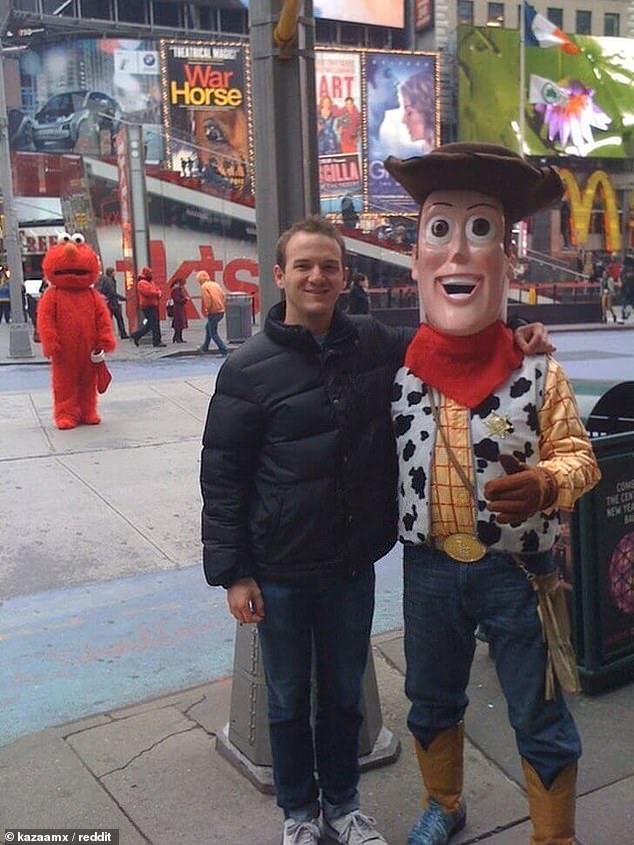 Left out in the cold: A tourist posed for a photo with Woody from Toy Story in New York City’s Times Square – breaking Elmo’s heart in the process 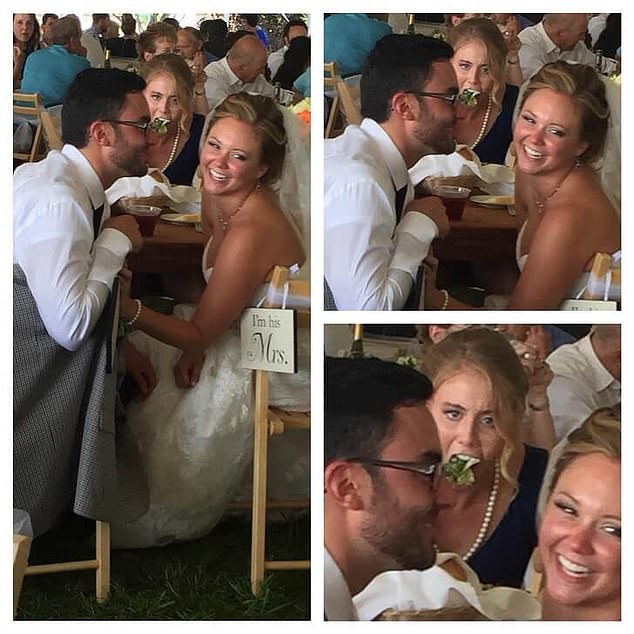 Way to ruin the mood! An American Twitter user shared this snap of a wedding guest caught with a mouthful of food just behind the bride and groom