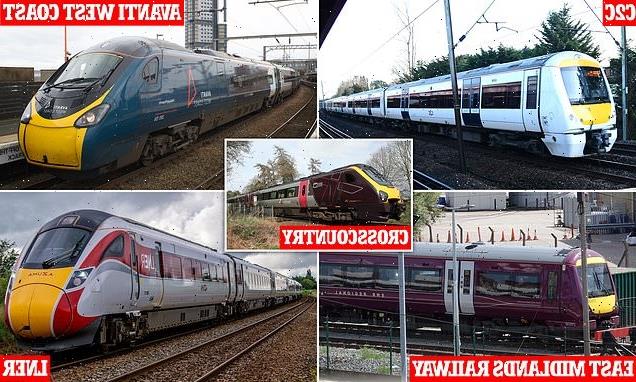 Another day, another rail strike: LNER, Northern and c2c staff vote for industrial action to join drivers and RMT workers in pay battle

Rail workers from LNER and c2c have voted to strike over pay – joining CrossCountry, East Midlands Railway and Avanti West Coast staff who have also decided to take action, as the threat of a summer of travel chaos increases.

The action on dates to be announced will impact LNER services between London King’s Cross and Edinburgh via Peterborough and York, and c2c trains which run between Shoeburyness in Essex and London Fenchurch Street.

The Transport Salaried Staffs Association (TSSA) announced the results of three ballots today – including one on Northern which did not result in a strike. It follows recent votes for strikes at CrossCountry and East Midlands.

There was also a vote for a strike on Avanti – but this only affects station staff and not onboard crew. Meanwhile, Northern staff did vote for strike action, but the threshold for the number of staff voting in that ballot was not met. Workers are Northern did however vote to take action ‘short of a strike’, which could include work-to-rule.

The dispute with the operators is over pay, job security and conditions, with the union also balloting members at Network Rail and five other rail providers across England – those being West Midlands Trains, Southeastern, Great Western Railway, Greater Anglia and TransPennine Express. The results for these have not been yet announced. 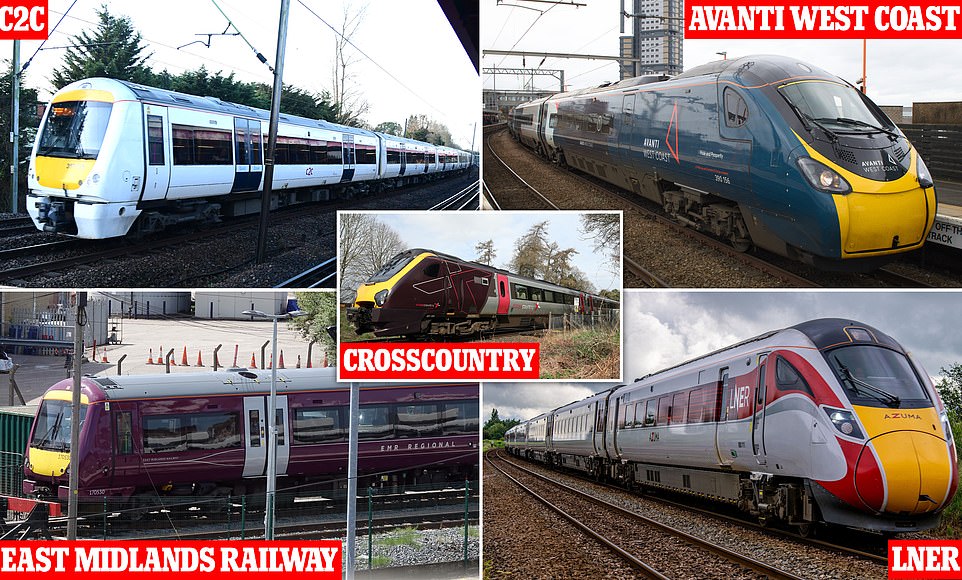 Transport Salaried Staffs Association (TSSA) workers at all five of the above rail operators – c2c, Avanti West Coast, LNER, East Midlands Railway and CrossCountry have voted for strike action. Workers at Northern have voted for action ‘short of a strike’ 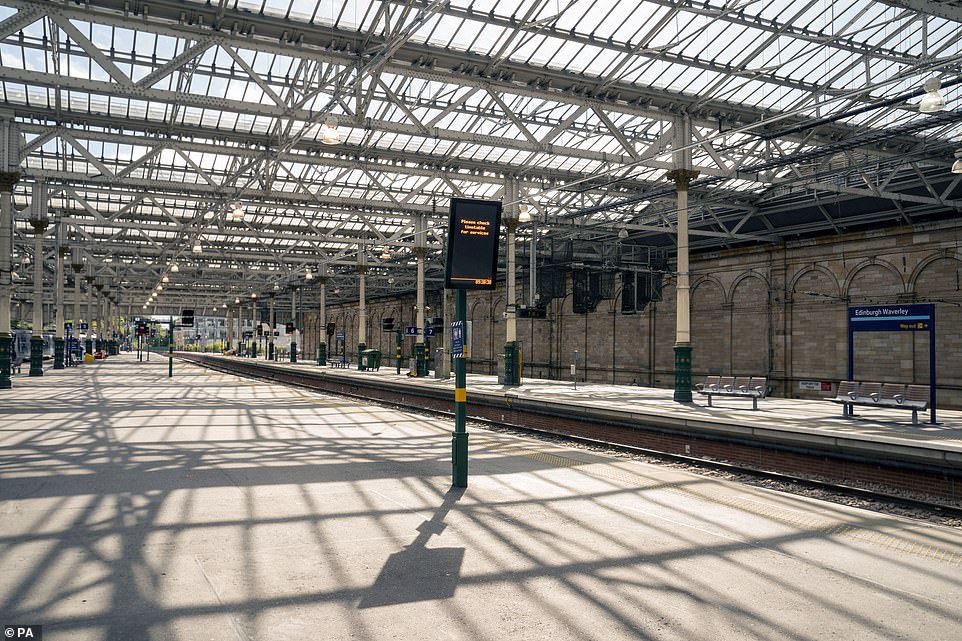 TSSA general secretary Manuel Cortes, who has previously warned of a ‘summer of discontent’, said: ‘Well done to all our members across LNER, c2c and Northern who took part in these ballots. This is a great result for our union and comes hard on the heels of similar votes at Avanti West Coast, East Midlands Railway and CrossCountry.

‘The results demonstrate that our members are utterly determined to fight for their pay, jobs and conditions. They are right to do so amid the escalating Tory cost of living crisis and with a government hell bent on making swingeing cuts to our rail network.

The following ballot results from LNER, c2c and Northern were announced by the TSSA union today:

‘This is a strong outcome and it would be unwise for any rail company to ignore the feelings of our membership. We will soon speak to our workplace Reps to consider next steps in the forthcoming days.

‘Ministers should take note – our union is balloting members across a dozen train companies and Network Rail. If they had any sense they would come to the table and sort this out, so we have a fair settlement for workers who were hailed as heroes in the pandemic.’

A spokesman for the TSSA added that it ‘is not naming dates for any industrial action today but will now consider next steps with workplace reps at each of the companies involved’.

But a Department for Transport spokesman said: ‘It is very disappointing that, rather than commit to serious dialogue with the industry, the TSSA are first seeking to cause further misery to passengers by joining others in disrupting the rail network.

‘Our railway is in desperate need of modernisation to make it work better for passengers and be financially sustainable for the long term.

‘The only thing more strikes will do, however, is wreak further havoc on the very people unions claim to stand up for. We urge the TSSA to reconsider and work with its employers, not against them, to agree a new way forward.’

It comes after Mick Lynch, general secretary of the Rail, Maritime and Transport union (RMT), said that negotiations over pay, jobs and conditions were the ‘toughest’ the union had ever been involved in.

RMT members have staged three strikes over the row which crippled services last month. No new strikes have been set and talks have been continuing between the union, Network Rail and the train operators.

Mr Lynch told the RMT’s annual meeting in Birmingham this week: ‘They are trying to cut thousands of jobs and they have no scruples in cutting back on safety regimes in order to do so.

‘They are seeking to rip up working practices and conditions, agreements that protect our members and in doing so they will drive up unsocial hours, work fatigue and occupational ill-health.

‘And they are seeking to make our members poor with below-inflation pay offers which do not take into account the cost-of-living crisis. Since that strike action, which was fantastic, they have not diluted their stance. At Network Rail they are ramping up their demands.

‘We went to the train operators, and they put on the table that virtually every rail worker would be re-contracted on a new contract of employment and a new set of terms and conditions.

‘And they are going to bring back the driver only operated disputes in every single train operating company. They have told me that face to face. They said it was their mandate from the Department for Transport. So, this is as serious as it gets. It is the fight of our lifetime and of our generation.’

The RMT general secretary criticised those who blame workers for the cost-of-living crisis in Britain, arguing that wage demands from trade unions were not the cause of inflation. 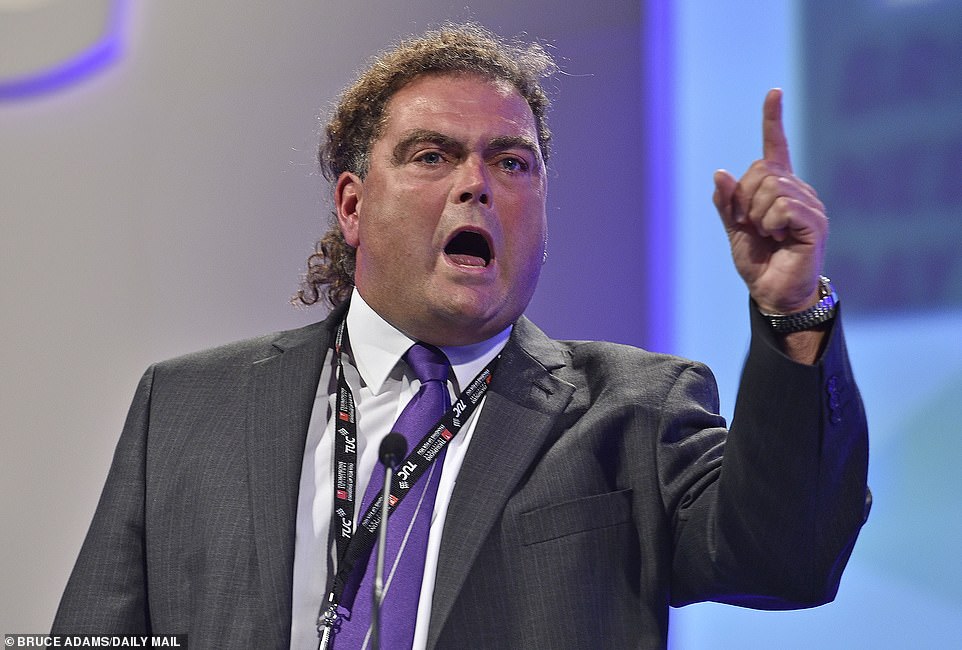 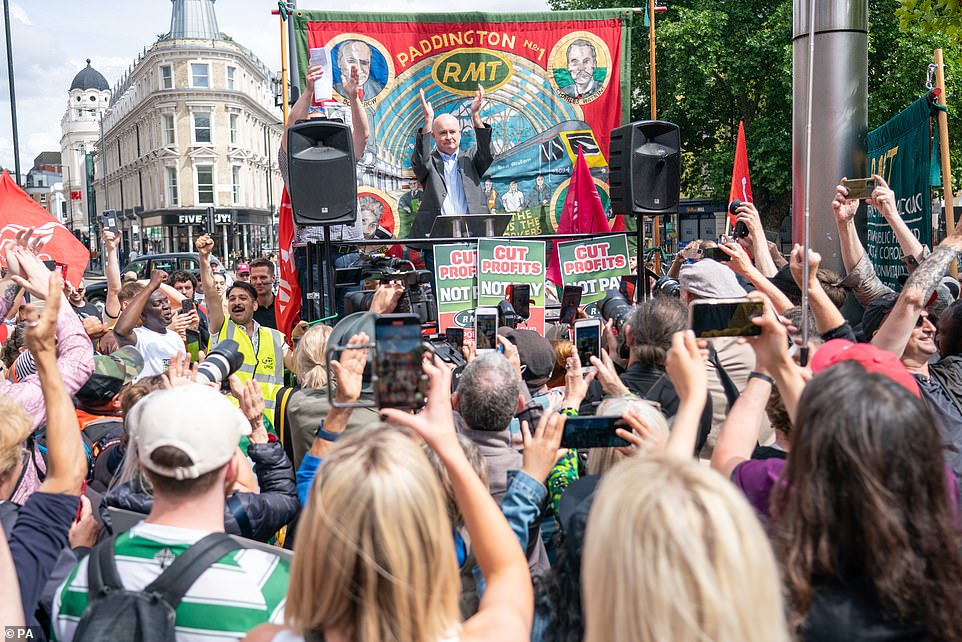 He said: ‘It is a myth put round by the establishment that workers’ wages are the cause of inflation. It is the profit making and protecting the wealth of the super-rich that is responsible for inflation.

What is the latest on TSSA ballots at rail operators?

‘We have not got a wage price spiral – wages are lagging a long way behind prices and it is the job of the trade unions to ensure wages catch up.’

But a Department for Transport spokesman said: ‘Far from ‘cutting back’ on safety regimes, we are determined to use technology to make our railway even safer for passengers and staff alike.

‘Many trains already operate as driver only, with technology ensuring safety is not compromised while allowing guards to be used in other, more useful roles.

‘As we strive to deliver a modern, resilient railway fit for the 21st century, it’s only right we look at ways to ensure it is as efficient and financially sustainable for all that use it.’

Meanwhile, thousands of golf fans have been urged to avoid Scotland’s railways when travelling to St Andrews for The Open as ScotRail’s limited timetable could see spectators stranded.

Some 290,000 people are expected to travel to the 150th Open, the largest attendance in the championship’s history, but as ScotRail continues to operate a limited timetable amid its dispute with Aslef, tournament organisers have said fans should not use the trains.

Johnnie Cole-Hamilton, executive director of championships at The R&A, said he had ‘no choice but to urge fans to not travel by rail’ next week because there was ‘a risk that fans who travel by train may find there are no services to get them home’.

‘We appreciate that fans will be frustrated by this and share in their disappointment that the enhanced rail service planned for The Open will not operate,’ he said.

‘We want to reassure fans that we are doing all that we can to make their experience of attending The Open a memorable one and have contingency measures in place to manage the situation.’

Phil Campbell, ScotRail’s head of customer operations, said the firm was ‘doing absolutely everything we can’ to support The Open but also urged ‘fans to plan ahead and consider what alternative transport is available’.