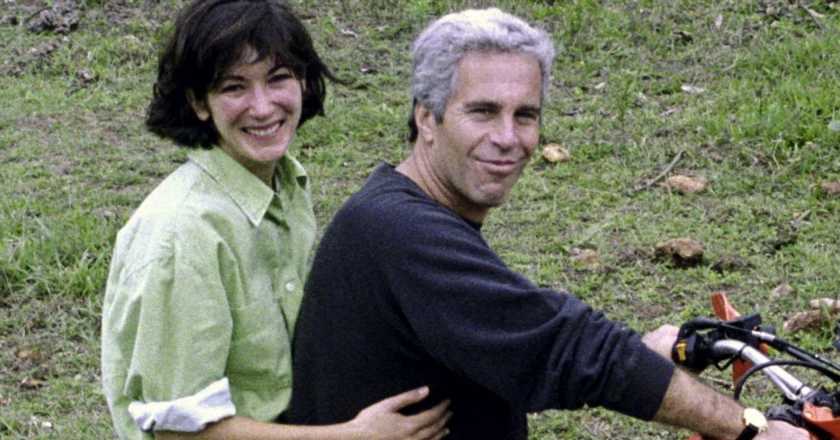 Channel 4 is bringing us a new documentary recounting the rise and fall of recently convicted Ghislaine Maxwell.

Last week, Ghislaine Maxwell was sentenced to 20 years in prison for recruiting and trafficking girls for sexual abuse by Jeffrey Epstein. And tonight, Channel 4 is airing a chilling documentary all about Ghislaine Maxwell.

Since the British socialite rose to prominence in recent years due to her involvement with Epstein, her life and story has been the subject of many documentaries. We’ve had ITV’s Ghislaine, Prince Andrew And The Paedophile, BBC Two’s House Of Maxwell and Starz’ Who Is Ghislaine Maxwell? to name a few.

Channel 4’s new documentary, Ghislaine Maxwell: The Making Of A Monster, will detail the rise and fall of the enigmatic figure over three episodes.

Ghislaine Maxwell has been sentenced to 20 years in prison for helping Jeffrey Epstein abuse young girls.

What is Ghislaine Maxwell: The Making Of A Monster about?

Tonight’s first episode will focus on Maxwell’s youth and young adulthood, including interviews with those who knew her well at the time. Various people will attest to her unusual behaviour and, in the first episode, we hear from writer George Monbiot and journalist Mariella Frostrup, who give us a more personal insight into Maxwell.

While many of the finer details of the documentary have been kept under wraps, we do know that it will likely be a chilling watch, not least because it will include first-hand accounts from some of the victims who detail what happened to them. This comes just a week after Maxwell was sentenced to 20 years in a US prison for recruiting and trafficking girls for sexual abuse by Jeffrey Epstein.

Ghislaine Maxwell: The Making Of A Monster airs tonight on Channel 4.

What has happened to Ghislaine Maxwell?

On 28 June, Judge Alison J Nathan delivered Maxwell’s sentence and said her conduct had been “heinous and predatory”. She added: “Ms Maxwell worked with Epstein to select young victims who were vulnerable and played a pivotal role in facilitating sexual abuse.”

Addressing the court before her sentence was announced, Maxwell spoke directly to the victims of her crimes, saying she was “sorry for the pain” they had experienced.

“I empathise deeply with all the victims in this case,” she said. “I realise I have been convicted of assisting Jeffrey Epstein to commit these crimes. My association with Epstein will permanently stain me. It is the biggest regret of my life that I ever met him.

“I believe Jeffrey Epstein fooled all of those in his orbit. His victims considered him a mentor, friend, lover. Jeffrey Epstein should have stood before you. In 2005. In 2009. And again in 2019. But today it is for me to be sentenced.”

She concluded: “I hope my conviction and harsh incarceration brings you peace and finality. I hope this date brings a terrible chapter to the end.”

Maxwell’s lawyers have said she plans to appeal her sentence.

When and where will Ghislaine Maxwell: The Making Of A Monster be available to watch?

Ghislaine Maxwell: The Making Of  A Monster airs tonight (5 July) on Channel 4 at 10pm, with episodes available to stream on All4 afterwards.