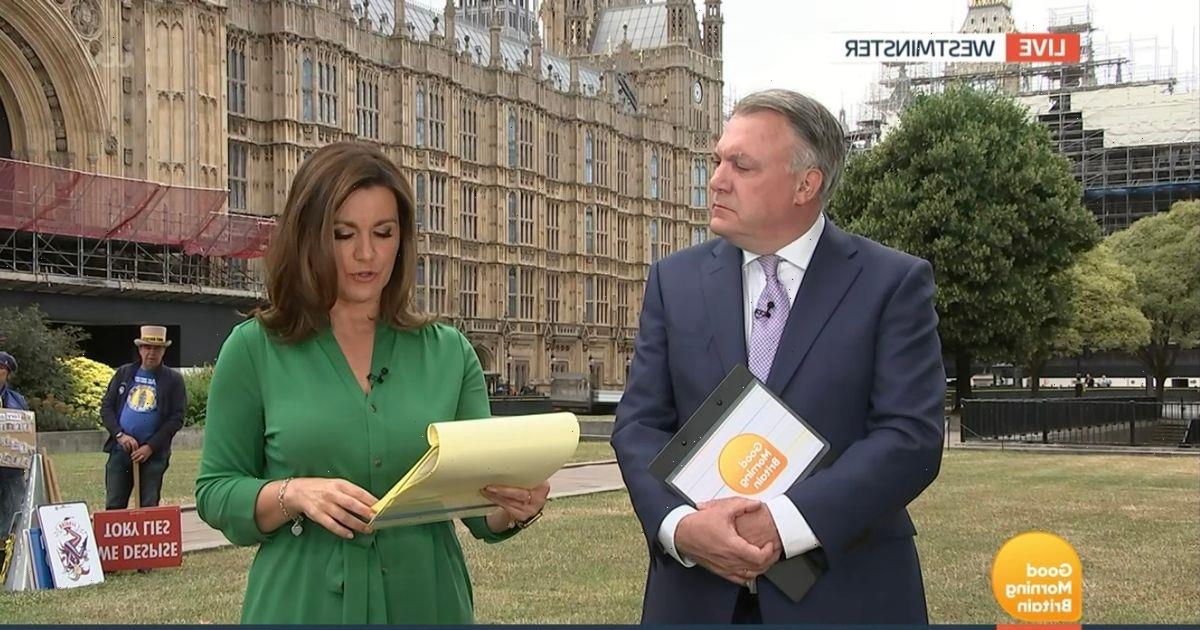 Good Morning Britain fans were left up in arms as Susanna Reid and her co-host Ed Balls presented in the heart of Westminster in a major TV shake up.

During Wednesday’s (July 6) instalment of the popular ITV breakfast show, the 51-year-old broadcaster and her former Strictly Come Dancing co-star appeared outside the Houses of Parliament much to the disappointment of viewers at home.

Throughout the three-hour show, the pair discussed the latest development in the ongoing campaign to remove Boris Johnson from power following a slew of party gatherings during the heart of the global pandemic.

And on Tuesday (July 5), Downing Street confirmed Education Secretary Nadhim Zahawi would replace Rishi Sunak after he resigned alongside nine other major politicians while the Prime Minister remains in power.

Throughout the morning show, the broadcaster’s decided to switch out their usual surroundings in the ITV studio for the plush green lawn outside the Parliamentary building as they welcomed Andrew Pierce and Kevin Maguire onto the show to discuss the topic.

But it appears as though viewers at home were less than impressed with the new set up and the added technical errors it came with as Susanna struggled to showcase the correct Parliamentary clips on air.

It was at this point fans of the show flooded to Twitter to complain about the change of scenery online.

One user penned: “Sack the video editor !!!!! #GMB” while another complained: “#gmb Oh ffs the ‘editorial/production’ teams on this are as bad as Boris Johnson…check the running order, have the VT ready, you knew it would be shown [eye rolling emoji].”