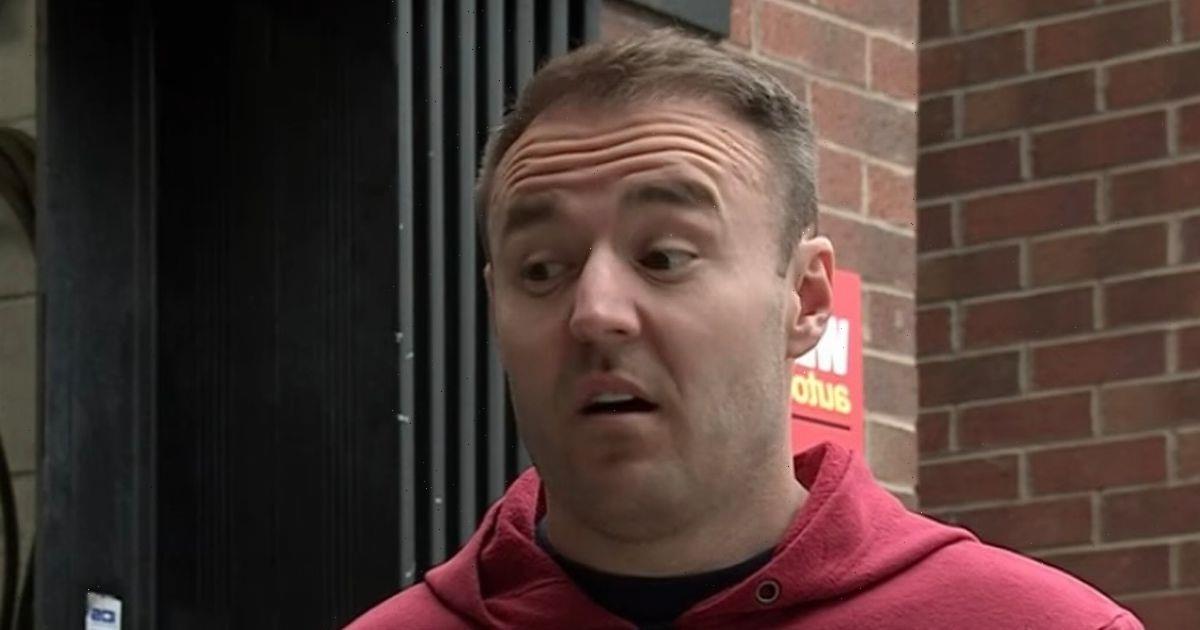 Coronation Street fans were left howling on Wednesday evening after spotting a cheeky note during an emotional scene.

Early on in Wednesday's episode, we saw Tyrone and Fiz have a heart-to-heart ahead of Fiz's wedding to Phill.

The former lovers spoke in the garage, where Tyrone can usually be found, but it seems that co-owner Kevin might be getting sick of one specific antic.

On the whiteboard behind Tyrone in the scene was a note, which read: "Put the Milk back in fridge! YA TRAMPS!"

It drew the attention away from the star-crossed lovers, with one person tweeting: "who wrote that in the garage? Kev? hahaha" while a second laughed along: "So who is leaving the garage milk out of the fridge?"

While it makes perfect sense for it to be Kevin (especially if you read it in his voice), other people believed that another person was behind the scrawl, with one noting: "It's Abi!"

Later, we saw things get a bit awkward in the Rovers Return, where Fiz was having her hen party, which included Phil's ex-wife Camila.

She proved she knew more about Fiz's fiancée than his bride-to-be – with Fiz accidentally guessing Tyrone's favourite show when asked about Phill's.

It split the opinion of viewers on social media.

One person wrote: "Fiz shouldn’t be marrying Phill, she’s not over Tyrone".

A second disagreed by saying: "Fiz you need to stop worrying about that loser Tyrone. You have moved on with Phil now and you're happy with him and that's what matters at the end of the day."

A third chimed in with: "Tyrone deserves better than Fiz the way she treated him before the affair , plus he never married Fiz so she has no legal right on the house Jack and Vera gave him"

But we got a twist then when Camila revealed that Phill was still e-mailing her asking to get back together!

And later in the episode, Maria and Evelyn caught Phill getting extremely close with her.