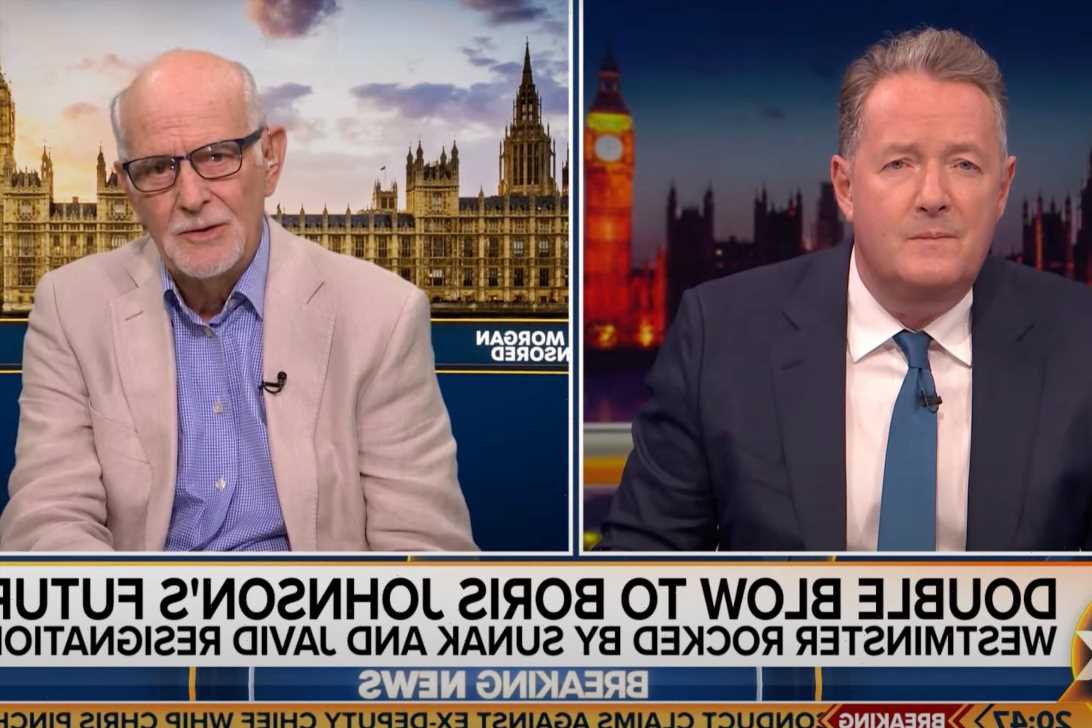 BORIS Johnson is "a dead man walking" according to Sun columnist Trevor Kavanagh – but a defiant Tory MP says the Prime Minister should be judged on his policies and not who he is.

Amid sensational walkouts from Chancellor Rishi Sunak and Health Secretary Sajid Javid, and scores of other officials, Mr Johnson was clinging to power on Tuesday. 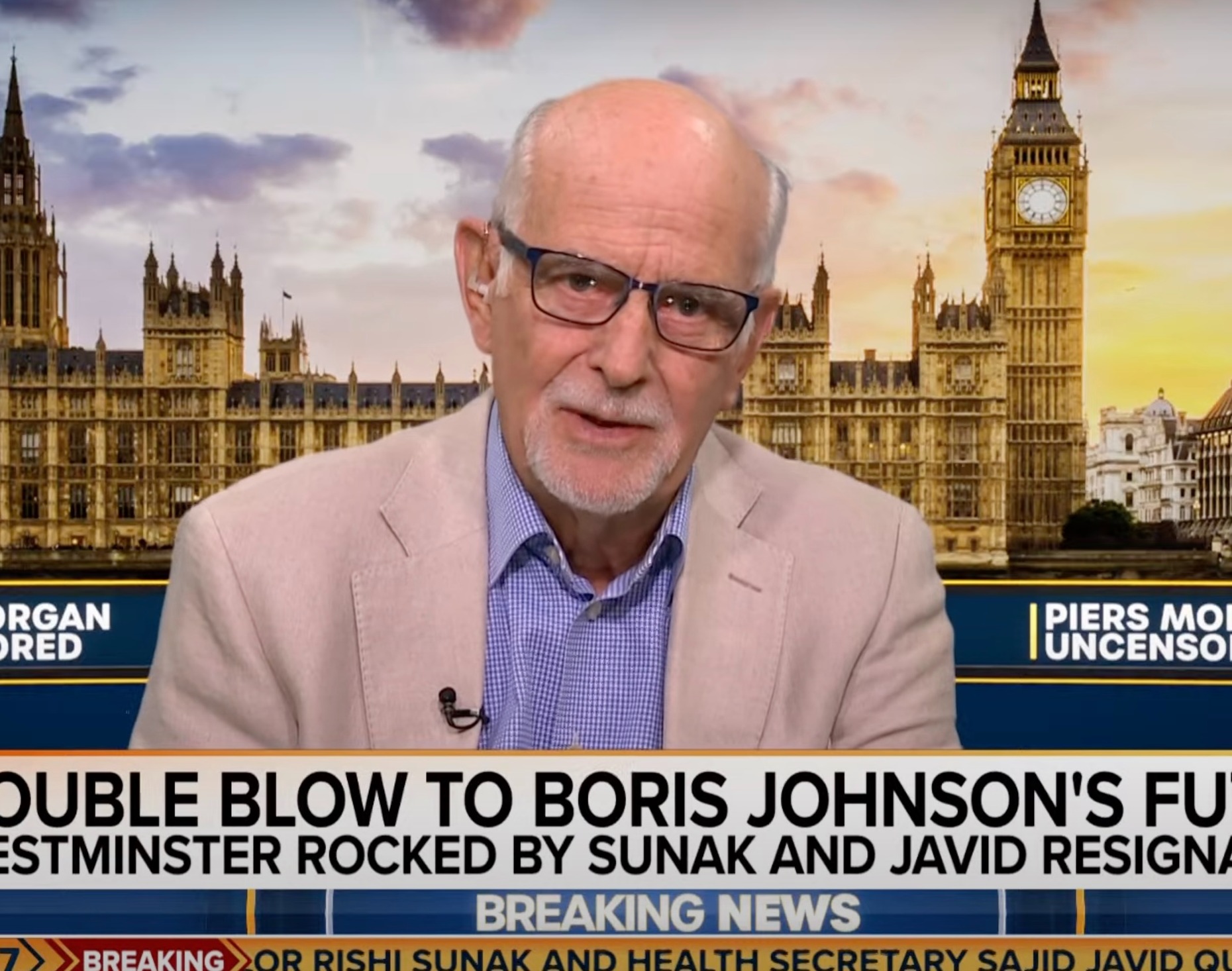 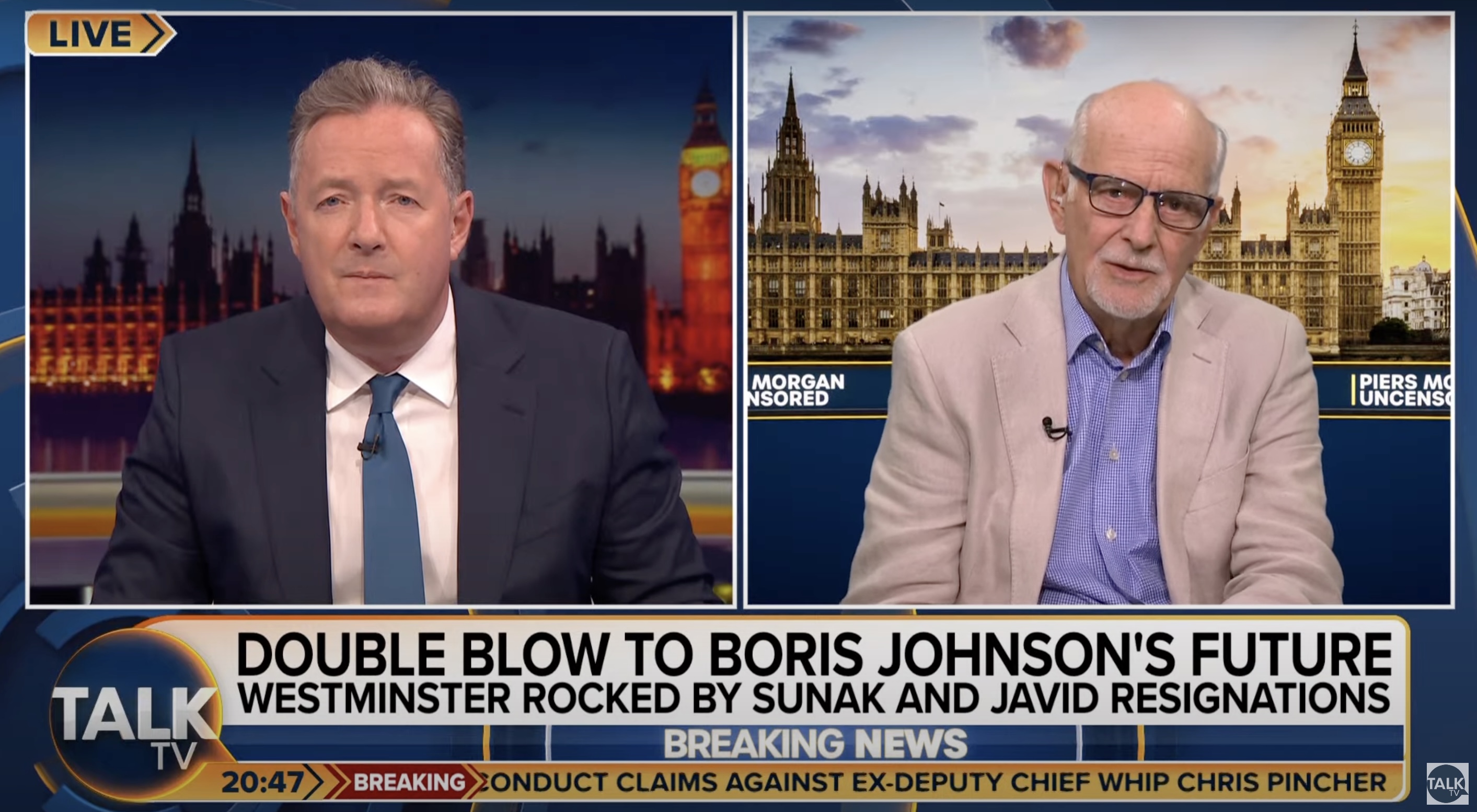 Mr Sunak and Mr Javid submitted damning resignation letters to Mr Johnson, with Mr Sunak saying "we cannot continue like this" adding how Brits expect government to be “conducted properly”.

It came amid a major fallout after the PM admitted he had “forgotten” a warning over grope-scandal Tory MP Chris Pincher.

Speaking to TalkTV's Piers Morgan on Tuesday, Mr Kavanagh said the PM's time was up and that he had run out of road.

He said: "I think this is beginning to resemble a sketch from the Dead Parrot where Boris is basically finished, he's done, he's a dead man walking. 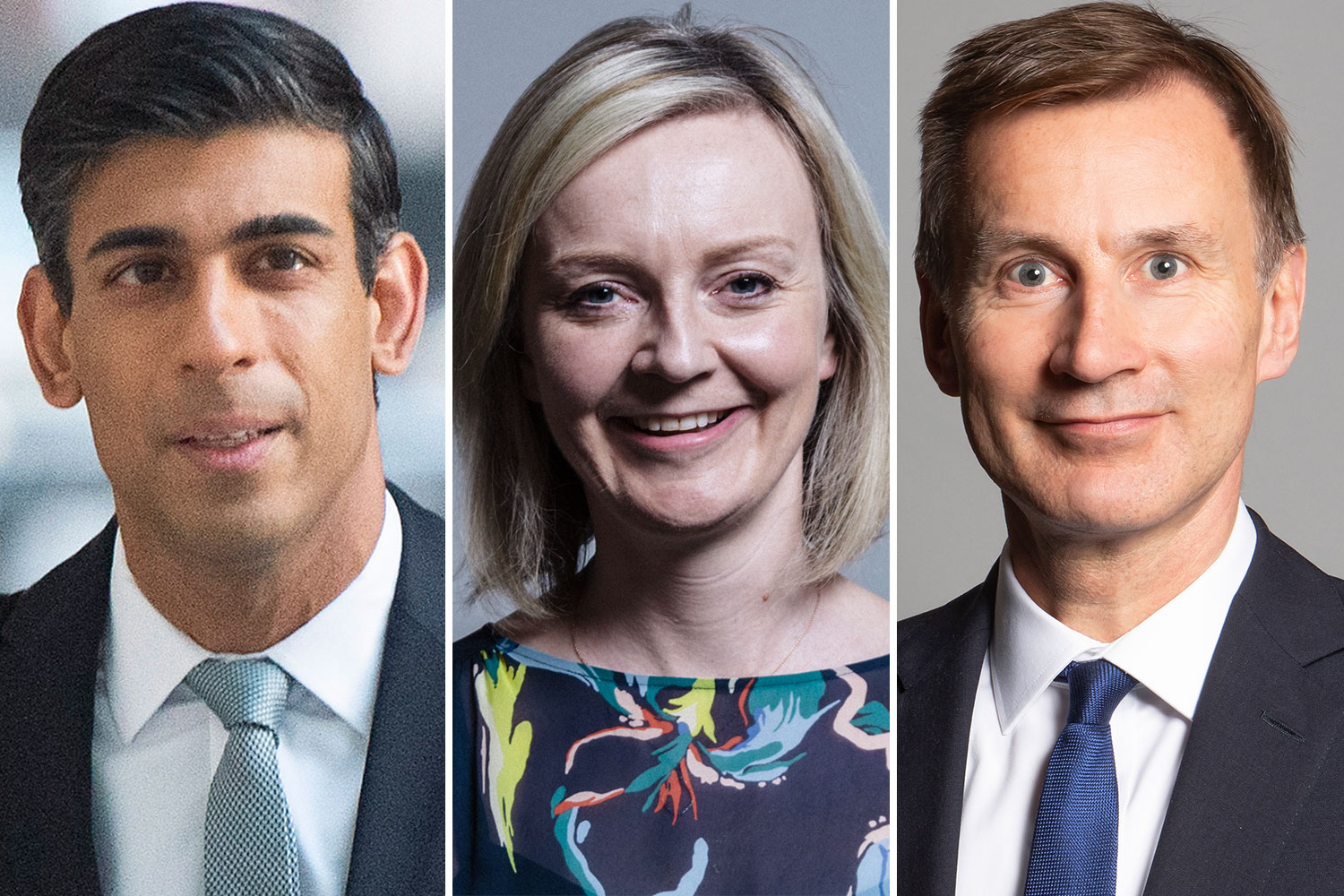 Odds on next Prime Minister if Boris Johnson resigns 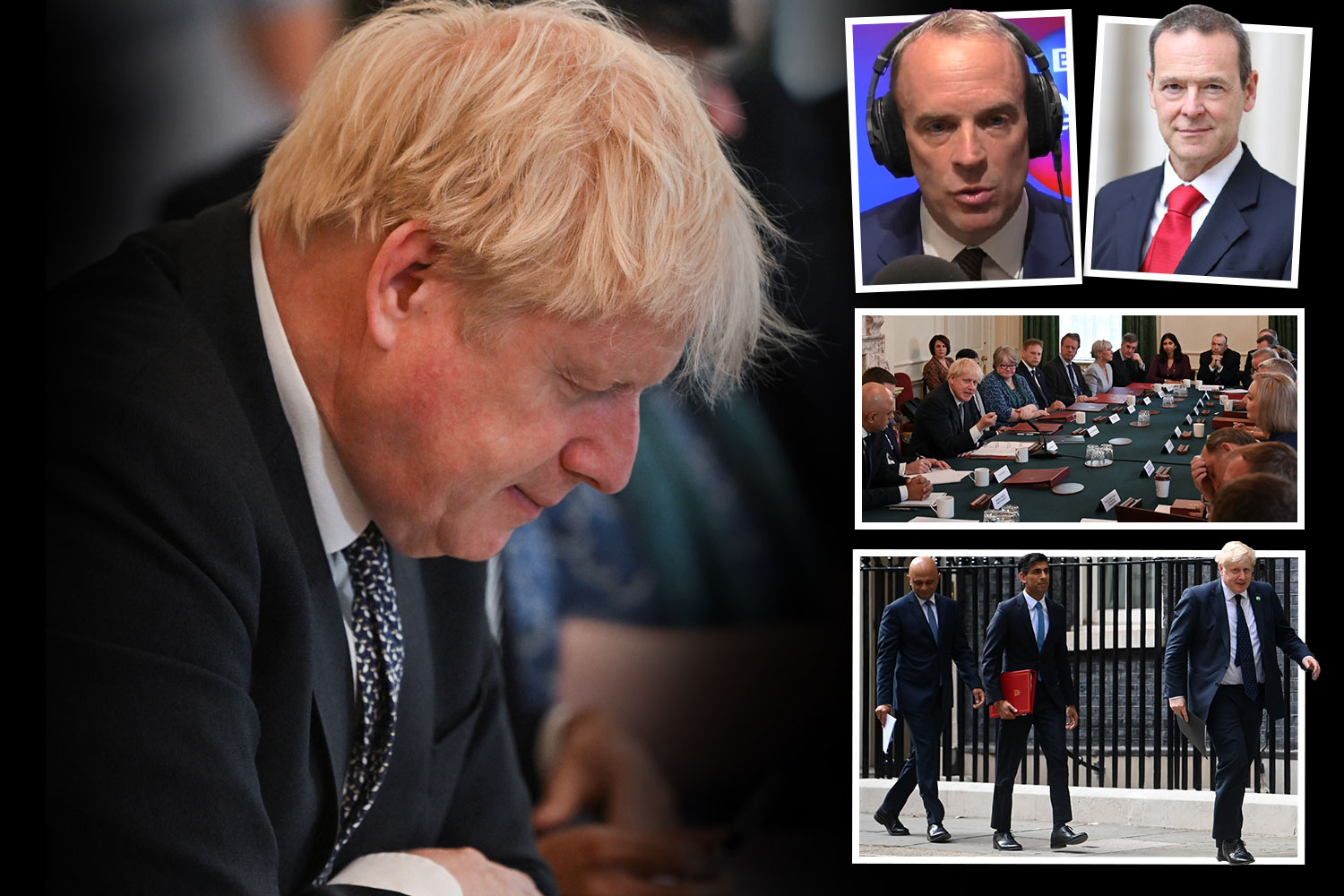 Inside Boris’ day from hell after Sunak & Javid’s bombshell resignations

"It is very difficult to continue supporting a Prime Minister who has basically bought this entirely upon his own head, not just because of the recent days and weeks."

Asked by Piers Morgan if "it is over for Boris" – Trevor Kavanagh replied "yes I think so".

He added: "There is very little ground left for Boris to walk on and it is beginning to open up between his feet.

"The position is totally untenable and I do not see Boris lasting many more days, if he makes it to the weekend."

Most read in Politics

Odds on next Prime Minister if Boris Johnson resigns 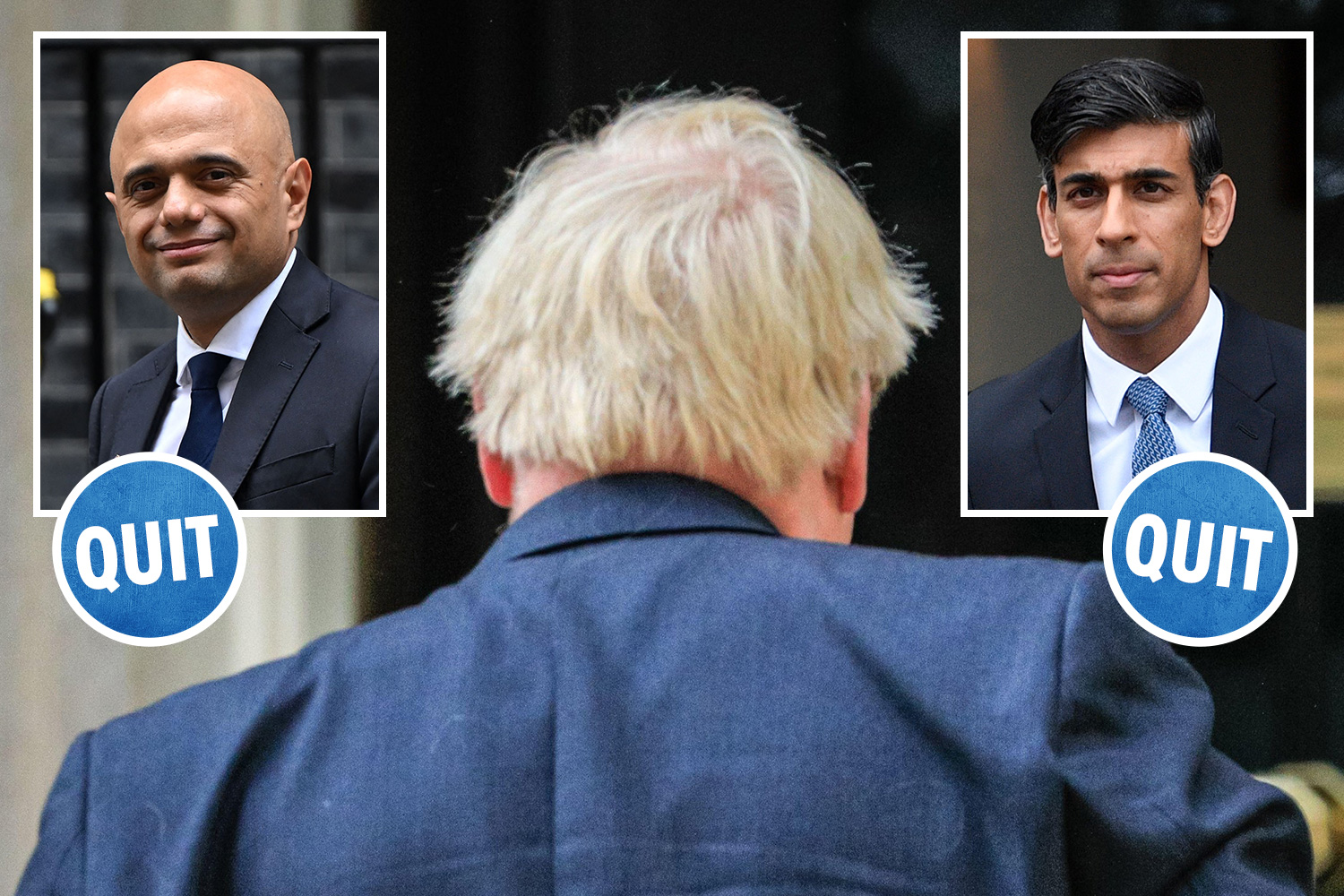 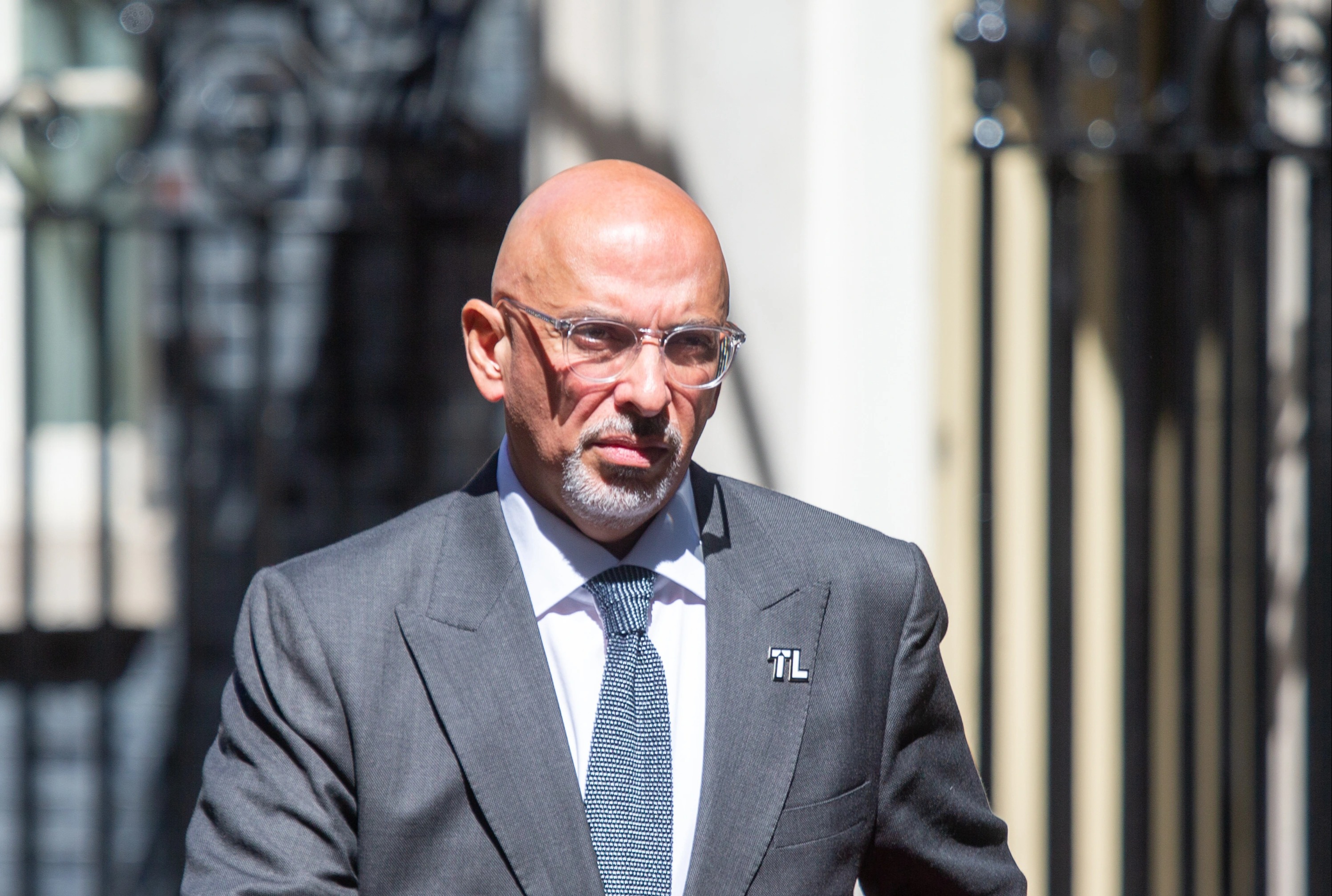 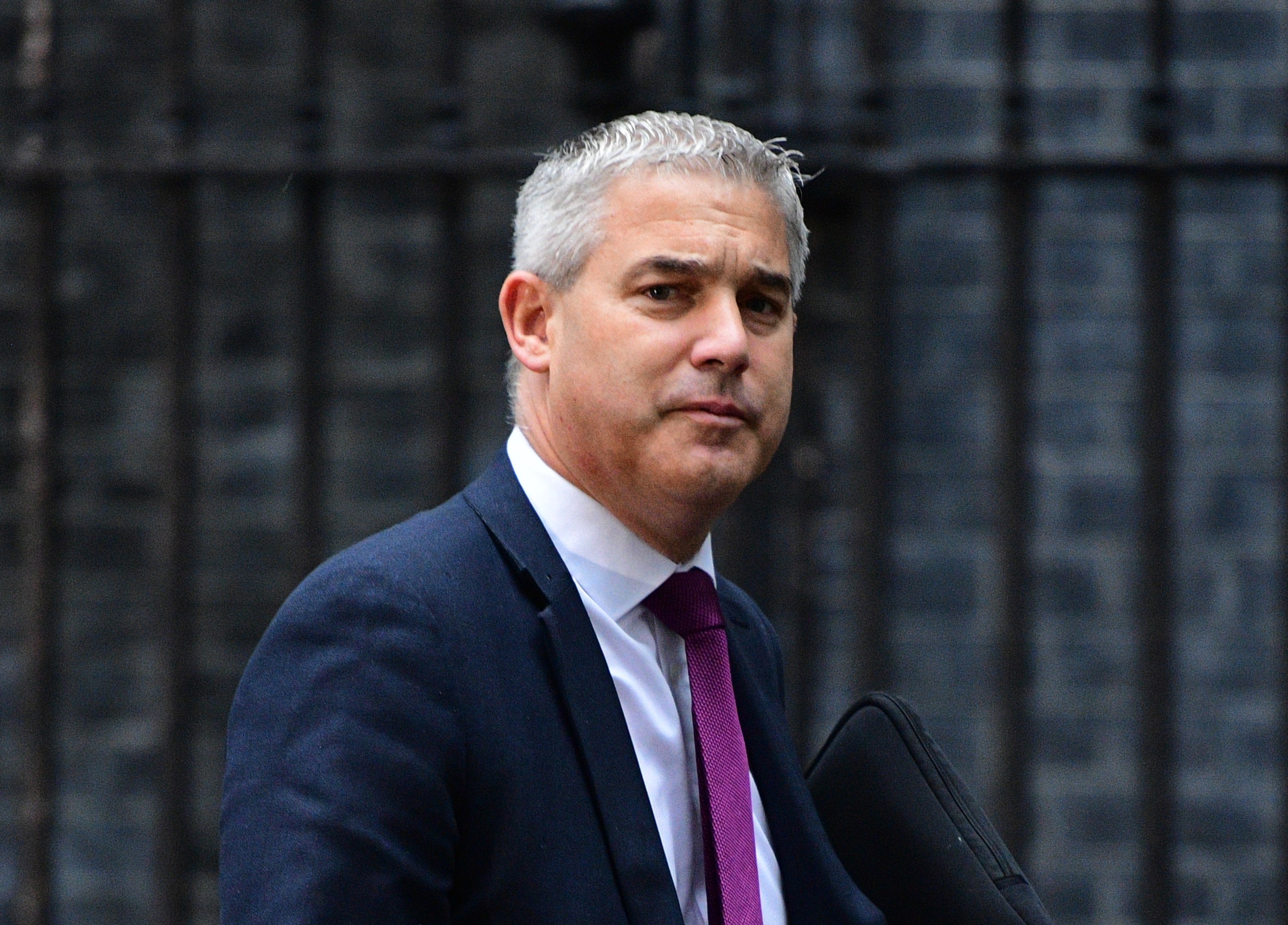 But the columnist rubbished suggestions Mr Johnson would trigger a General Election, claiming The Queen would not grant it anyway given the 73-seat majority the government hold.

And instead he accused the PM of bringing in a "pale pink version of the Labour Party" with green and civil liberty policies.

Branded the "last man standing" backing the Prime Minister by host Piers, the MP for Wellingborough pleaded with Brits to focus their attention elsewhere.

He told the show: "I have always thought it is about policy not persons, and I support the policies the Government is doing.

Pushed on whether character and trust "matter" to Brits, Mr Bone agreed.

But he claimed his constituents are more concerned about policy from within the government.

Addressing the Chris Pincher saga and the fallout of it, Mr Bone insisted his constituents back in Northamptonshire "wouldn't' have the foggiest idea" who the grope-scandal Tory was.

"They are worried about the cost of living and things like that", he added.

Javid stuck the knife in first — quitting as Health Secretary — followed moments later by Chancellor Sunak in an unprecedented attempt at a double takedown.

Mr Sunak was livid that today’s massive National Insurance cut was being overshadowed by No10’s “lack of focus, grip and competence” after months of rolling scandals.

While Mr Javid demanded the PM throw in the towel for the good of the Conservative Party — and the country after his handling of Partygate and Gropegate.

Another key loyalist Steve Barclay – who had been serving as the PM’s chief of staff – took over running the NHS from Mr Javid and has been made Health Secretary.

Nadhim Zahawi, the former Education Minister, has been made Chancellor of the Exchequer after threatening to quit the Cabinet altogether.

A string of other Cabinet Ministers quickly confirmed they were sticking by the PM, who has fought multiple woes this past year.

And three PPS's – MPs serving in the lowest rung of government – have also stepped down from their posts tonight.

And Jonathan Gullis, who served as a PPS to Northern Ireland Secretary Brandon Lewis, said "for far too long we have been more focused on dealing with our reputational damage than delivering for the people of this country".

Nicola Richards, who served as PPS to the Department of Transport, also stepped down, saying the Conservative Party "is currently unrecognisable to me".

Ynys Mon MP Virginia Crosbie has also resigned as PPS to the Wales Office, writing "I have no idea what is happening at Downing Street but it appears you are badly advised" in a letter to the PM. 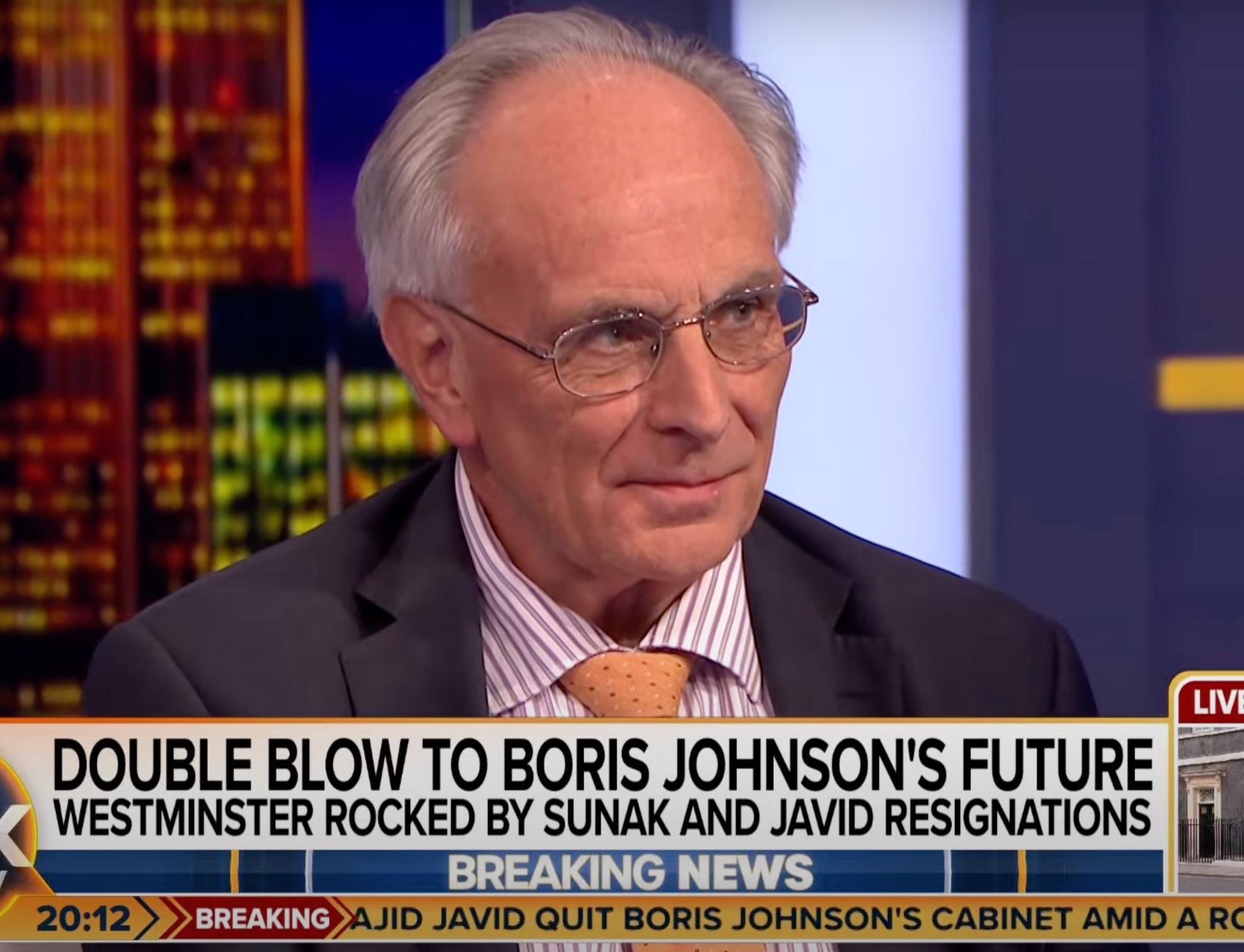 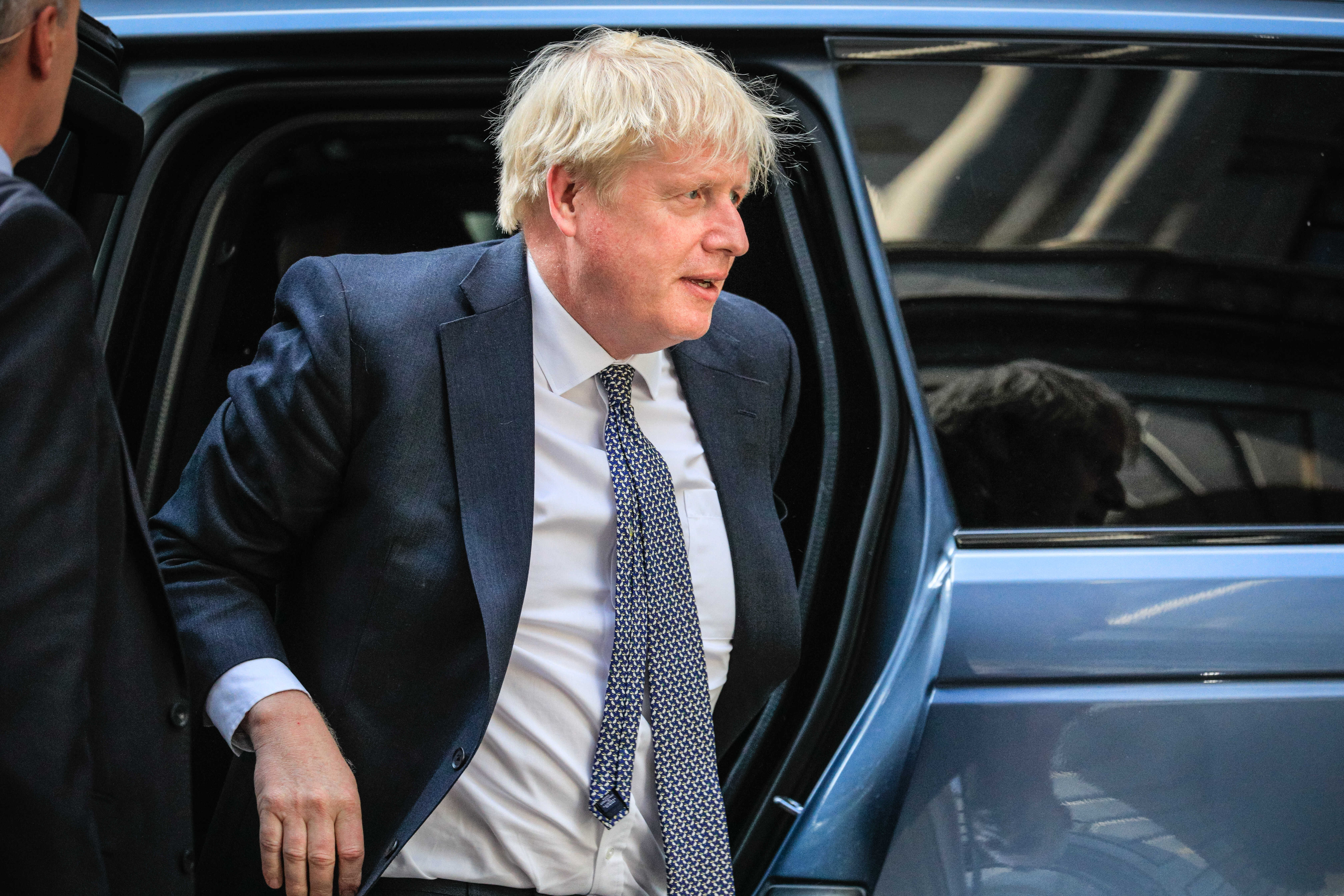 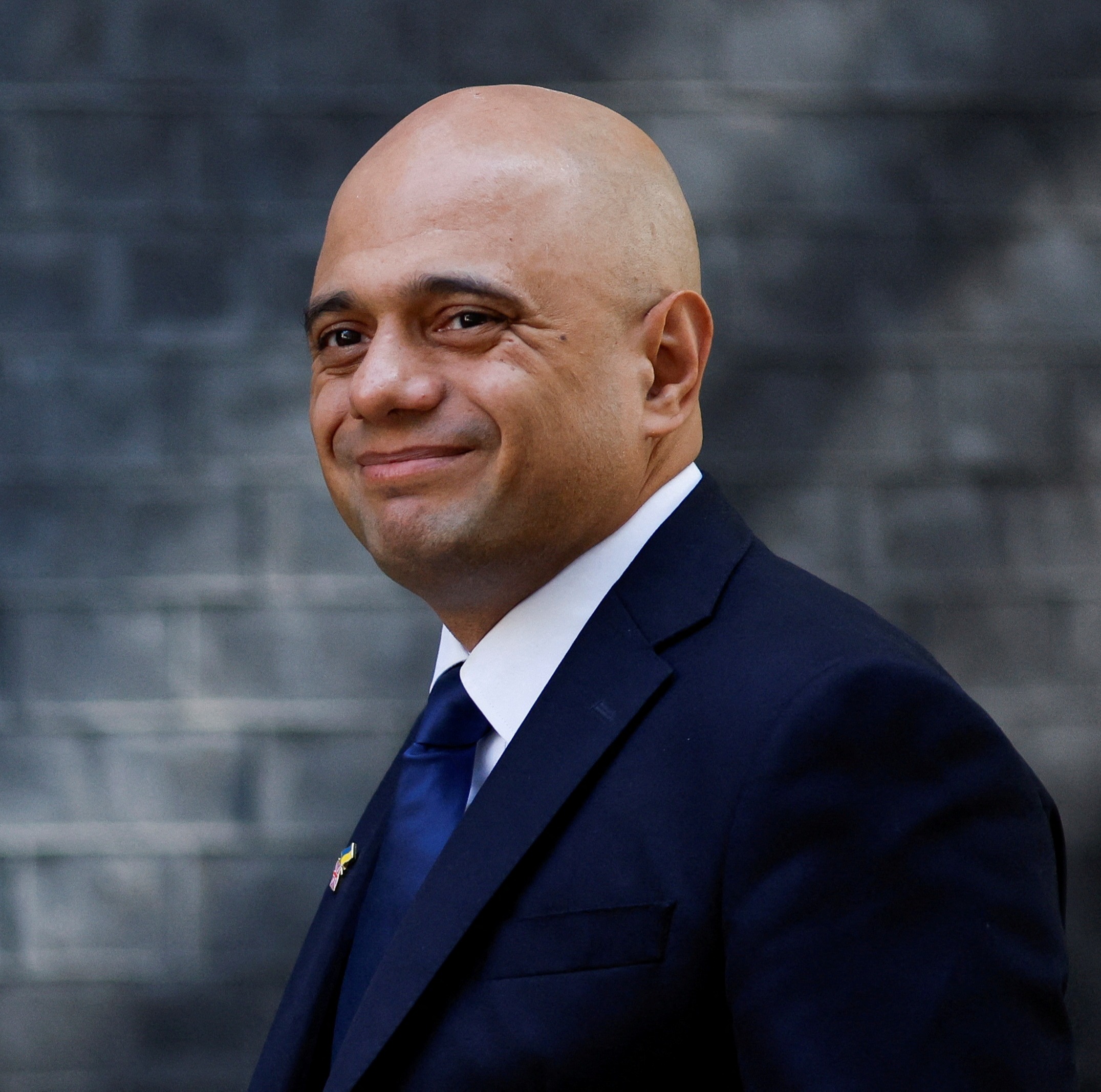 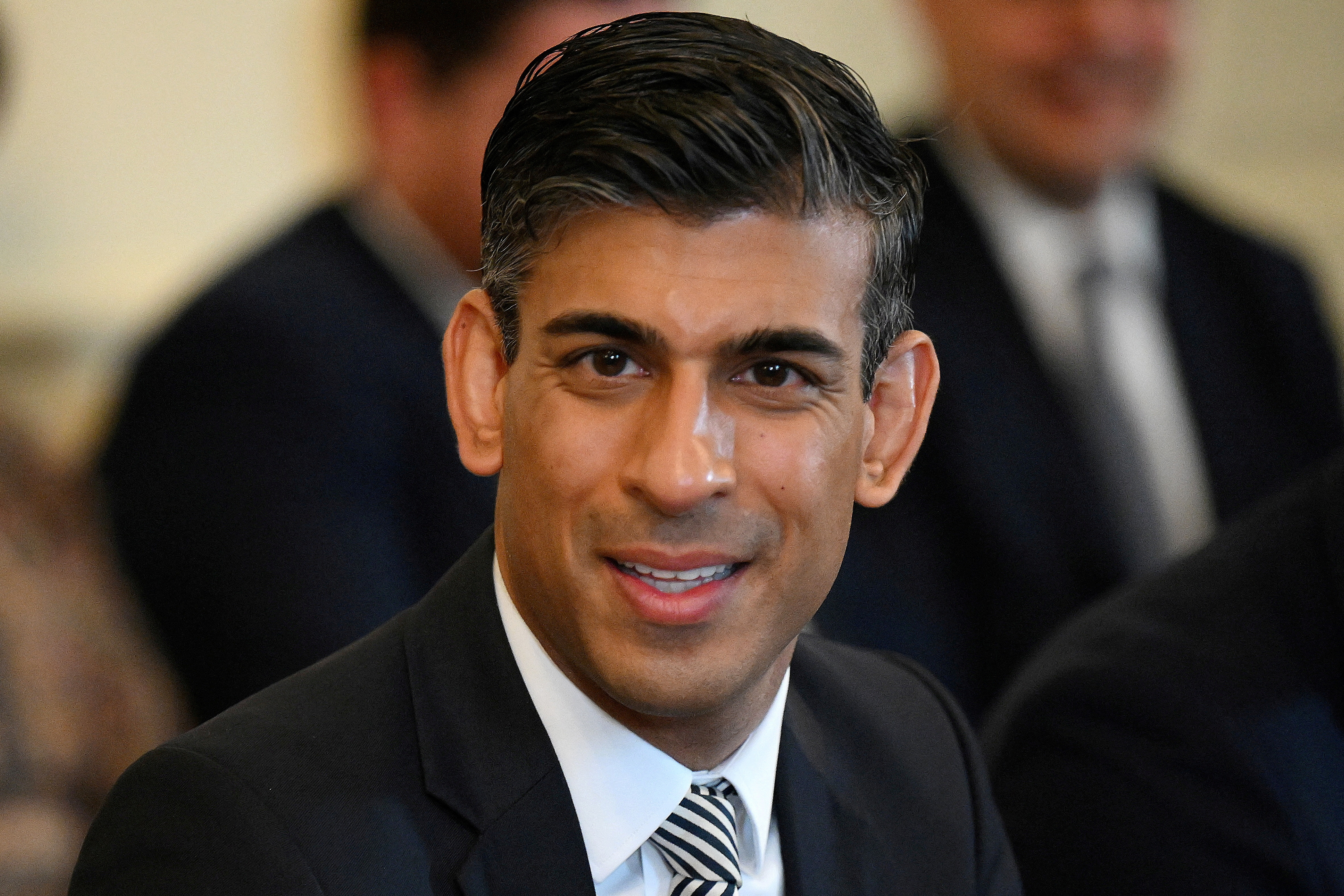