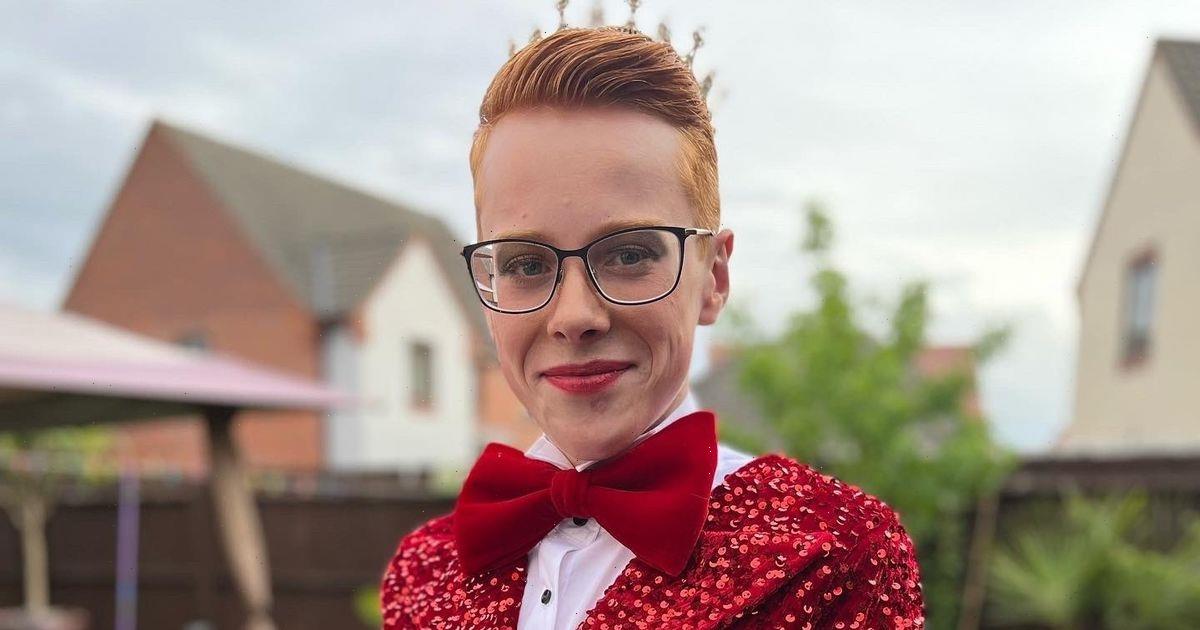 A 16-year-old boy has won the internet after arriving to his school prom in a sequinned tuxedo and floor-length skirt.

Korben Green wowed the world of social media when his mum Nina shared a post of his bold outfit on Twitter earlier this month.

The lad was met with cheers from pupils and teachers after donning the powerful look last week.

He was attending his school prom at Archbishop Sancroft High School in Harleston, Norfolk.

Fans applauded the teenager after his mum Nina shared snaps of his outfit on Twitter which quickly went viral.

Nina wrote: "At age 12 my son announced he wanted to go to his school prom in a gown. Four years later we made it happen.

"I'm so incredibly proud of him for being true to himself & the reception he got from his whole school was incredible.

The mum said her phone "went crazy" as she travelled to London Pride with Korben the following day.

"You are an amazing beautiful mum and your child is a STAR."

Korben described the response as "surreal", telling the BBC: "To me she is such an icon, a wonderful celebrity and I really admire her."

Nina even revealed her post was retweeted by H from Steps and Dr Ranj.

And as for her son's year group, she praised them for being "incredible".

She continued: "As soon as he got out of the car, everyone just cheered and I was crying.

"Some of the teachers were crying, because he was being who he wanted to be."

Korben wanted to attend the prom while expressing his feminine side, as the look was influenced by American actor Billy Porter.