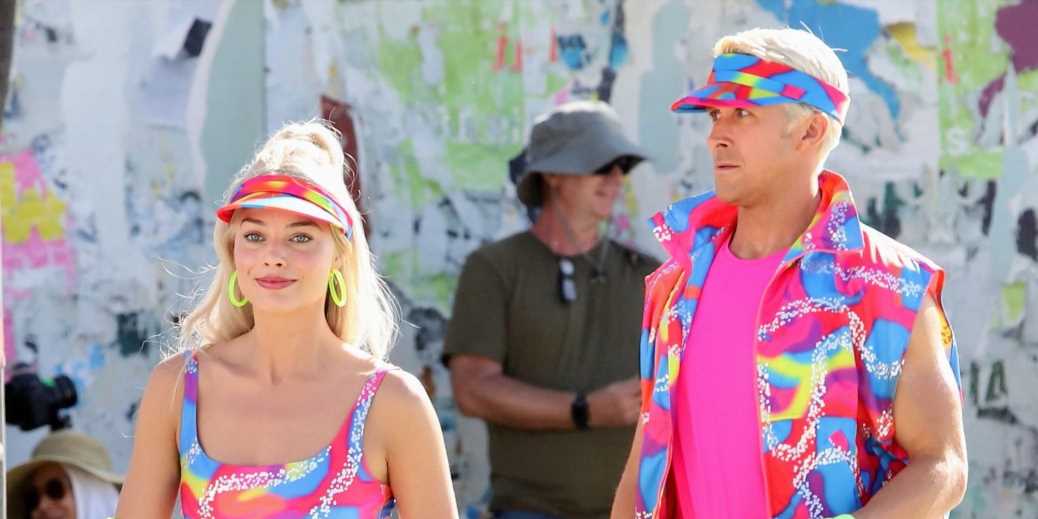 Margot Robbie celebrated her 32nd birthday in quite possibly the most iconic way possible: with a Barbie-themed celebration on the actual set of her upcoming Barbie movie. TBH, 13-year-old me is punching the air right about now, but I digress!

The Australian actor was photographed over the weekend wearing a white button-down top over her Barbie character’s roller skating outfit, while carrying a pink box of Trejo’s Donuts and a party hat. She was also presented with a hot pink Barbie doll cake inscribed with the words “Happy Birthday Barbie Margot!” in icing, all the while being surrounded by her A-list co-stars. Le sigh. To be Margot!

Though not much is known about the plot of the Barbie film, set photos *have* been breaking the internet since they showcase all of the colorful, over-the-top ‘fits that the original Barbie donned. So far, the two main looks we’ve seen are a full-on neon lewk that’s nods to the 1994 “Hot Skatin’ Barbie,” and a Western-inspired, all-pink ensemble complete with a paisley scarf. Honestly, these pics make me feel as happy as the way Margot and co-star Ryan Gosling look here: 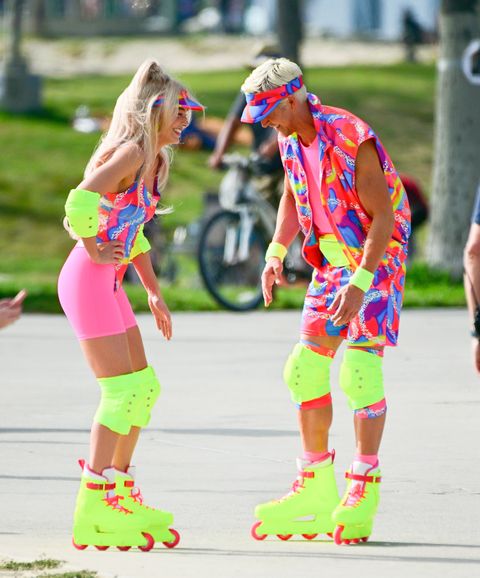 The film is set to be released July 2023, but to tide us over, Margot so kindly gave us a hint about the project’s inner workings when she spoke with the Hollywood Reporter. “We like the things that feel a little left of center. Something like Barbie where the IP, the name itself, people immediately have an idea of, ‘Oh, Margot is playing Barbie, I know what that is,’ but our goal is to be like, ‘Whatever you’re thinking, we’re going to give you something totally different—the thing you didn’t know you wanted,’” she said. Greta also dished to the publication in a separate interview, saying, “Warner Bros. is open to strange.”

Okay, color me intrigued! I guess we’ll just have to keep refreshing our Twitter feeds for more leaked pics and general Barbie ~content~ in the meantime.