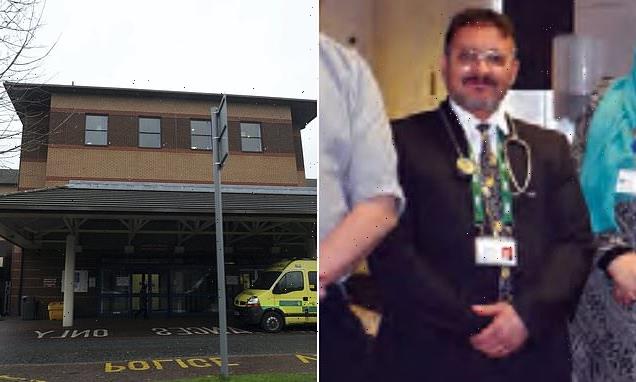 A Pakistani doctor who commented about ‘white folk’ and referred to female work colleagues as ‘beautiful things’ has been cleared of wrongdoing after a tribunal accepted he had been using ‘clumsy and misguided’ language.

Dr Siddick Dulloo, 69, was accused of making sexually suggestive remarks after he compared one doctor and a nurse to the ‘sun and moon in an eclipse,’ adding: ‘I am just jealous I couldn’t come in the middle – I wish I was a sister or a nurse so I could have joined you.’

In another incident on a ward at North Manchester General Hospital, Dr Dulloo an associate specialist in renal medicine spoke in Urdu about ‘white folk spending thousands of pounds going abroad to look at beautiful things’, before continuing in English: ‘I was thinking they could just spend £2 and come to North Manchester Hospital.’

The ‘beautiful things’ at the hospital appeared to be a reference to an interaction between two female colleagues, which Dr Dulloo said made him ‘jealous I couldn’t come in the middle’.

Dr Dulloo, originally from Karachi, was later reported to NHS managers by staff who also accused him of making ‘grunting’ and ‘groaning’ noises whilst making his remarks. They also claimed he had taken an illicit picture of one female colleague on his mobile phone and said he would make them ‘uncomfortable’ during encounters.

Dr Siddick Dulloo, 69, was accused of making sexually suggestive remarks after he compared one doctor and a nurse to the ‘sun and moon in an eclipse’

At the Medical Practitioners Tribunal Service, Dr Dulloo of Prestwich, Manchester, who has since retired from medical practice, faced professional ruin after being accused of sexually motivated misconduct but he was cleared following a disciplinary hearing.

He accepted his remarks were ‘inappropriate’ but blamed his command of the English language and said he was merely trying to make conversation regarding the eclipse as he had heard a news story on the topic that morning.

The panel said the grunting and groaning noises may have come about due to the doctor speaking in a ‘low tonal voice’ and concluded he had ‘accidentally’ taken the mobile phone picture whilst swiping a screen on his phone to speak to his builder.

The hearing was told the incidents occurred when Dr Dulloo – who qualified in 1983 – was working on Ward 5 of the hospital in July 2019.

One medic known as Dr A said that Dr Dulloo told her: ‘Oh you’re making me jealous; I want to get in the middle of that, I wish I was a nurse or sister so I could join in’, before making a groaning noise.

Two days later it was alleged he began speaking to Dr A in Urdu saying: ‘Oh you know these white folk, they spend thousands of pounds going abroad to look at beautiful things’, then continued in English: ‘I was saying, these white (folk) spend so much money going to Philippines or Thailand, but I was thinking they could just spend £2 and come to North Manchester Hospital.’ 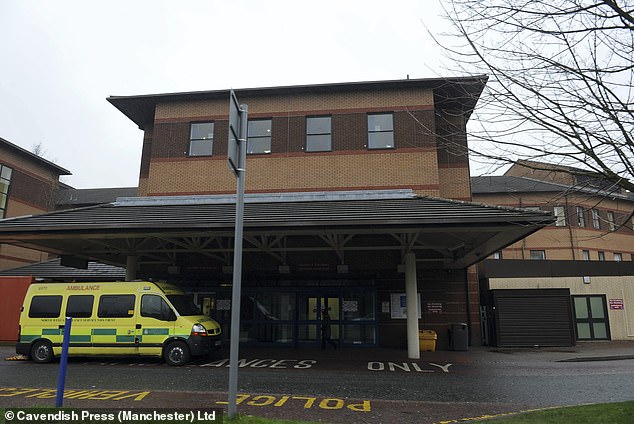 Dr Dulloo told a female colleague: ‘I was saying, these white (folk) spend so much money going to Philippines or Thailand, but I was thinking they could just spend £2 and come to North Manchester Hospital’

He went on: ‘Did you see there was an eclipse on Wednesday? You don’t need to go abroad for that, I saw the eclipse here on this ward, the sun and the moon were hugging here, I am just jealous I couldn’t come in the middle, I wish I was a sister or a nurse so I could have joined you.’

Boyd Morwood, counsel for the General Medical Council, said: ‘The comments were not work related, came from a senior doctor to two junior members of staff, were made in close proximity to patients and other colleagues.

‘They made both individuals feel uncomfortable and were of a physical and overly personal nature.

‘Dr Dulloo’s conduct was distasteful, inappropriate and caused Dr A an “adverse reaction”. The use of the word “white” may have been racially motivated or offensive to specific racial group.’

But Dr Dulloo’s counsel Christopher Gillespie said: ‘Whilst he made clumsy comments which plainly upset Dr A, his actions lack the seriousness that is being portrayed.

‘Although Dr Dulloo’s comments were indeed misguided, there was no attempt to demean or abuse his position.

‘It was merely a misguided comment which was not received in the manner in which it was intended. He made some regrettable comments but it was certainly not Dr Dulloo’s intention to treat his colleagues with disrespect.’

In clearing Dr Dulloo of serious professional misconduct MPTS chairman Nicholas Flanagan said: ‘English was not Dr Dulloo’s first language and he may have expressed himself in a clumsy and inappropriate fashion.

‘But there was very little evidence that demonstrated that Dr Dulloo had any particular sexual interest in Dr A.

‘No overtly sexual words were used, the comments were not lewd or vulgar and, whilst inappropriate, there was no reason to conclude that they would provide any sexual gratification for Dr Dulloo.

‘During his oral evidence, Dr Dulloo spoke with a low tonal sound, mumbled on occasion and frequently said “erm”. He also had a tendency to repeat himself.

‘If one were not familiar with Dr Dulloo’s delivery, some of these sounds could be misconstrued as a groaning noise.

‘It was highly possible that Dr Dulloo made a groaning or grunting noise in his interaction with Dr A and Ms E, which may have been misconstrued as inappropriate.’

Referring to the mobile phone incident, Mr Flanagan added: ‘Dr Dulloo stated he was eagerly awaiting an important phone call from his builder regarding some business in his personal life.

‘Dr Dulloo’s evidence is that when he tried to answer an incoming phone call, he swiped up on his phone, accidently opening the camera and inadvertently taking a photograph of what was in front of him.

‘Dr Dulloo’s evidence is that he did not realise he had taken a photograph until he was confronted and asked to open his photo gallery.

‘Dr Dulloo has eyesight problems and wears glasses, which he said he was not wearing at the time. He is not adept at using his phone and is not a particularly technological person.

‘If Dr Dulloo had been acting in a predatory manner in trying to take a photograph of Dr A for his own sexual gratification, he would have likely been far more clandestine in his actions, such as turning his phone to silent mode so it did not make a loud clicking noise, or waiting until he and Dr A were alone and holding his phone in a more discrete position.

‘These incidents were isolated in the context of an otherwise unblemished career, that Dr Dulloo has made admissions, expressed an apology and shown insight into his shortcomings.

‘Dr Dulloo has retired, does not hold a licence to practise and does not intend to return to the workplace. Issuing a warning in this case would have little useful impact.’