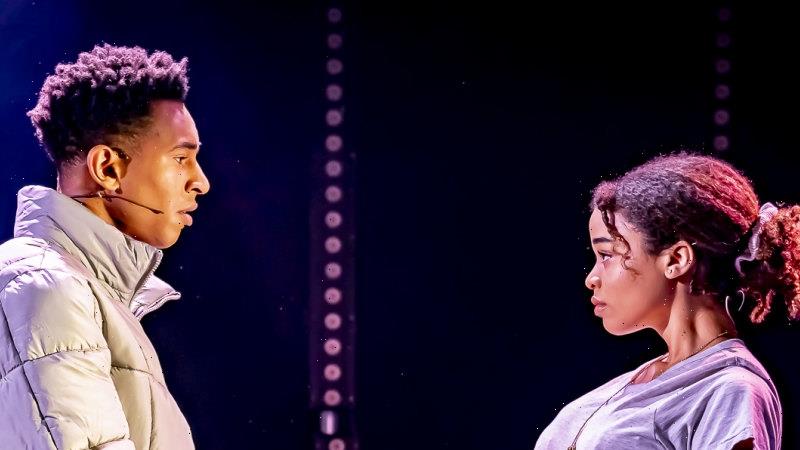 This wrap of reviews of recent shows in Melbourne starts with a bold new musical, plus the MSO’s latest take on Beethoven’s epic choral symphony, and a concert for peace in Ukraine. 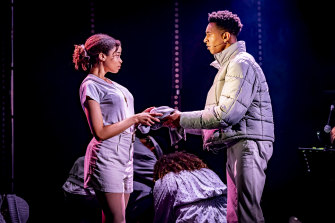 Passing Strange is a peculiar hybrid of rock musical, theatre, rock gig and narrated story that breaches theatrical conventions, even being dubbed an “anti-musical”. Let’s call it a narrated rock musical journey about a middle-class African-American, known simply as Youth (Grant Young), on a quest to find his purpose, art, freedom and identity.

With book and lyrics by US singer-songwiter, Stew, and music by Stew with Heidi Rodewald, multi-award-winning Passing Strange is a partially fictionalised version of Stew’s youth. The Narrator (Augustin Tchantcho) is older Stew commenting with hindsight on his youthful mistakes. 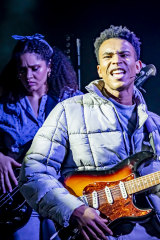 Youth’s journey is confused and eccentric, so “passing strange”– a quote from Shakespeare’s Othello meaning “stranger than strange”– resonates with his unconventional, bohemian existence, but also suggests an African-American “passing” as lighter skinned.

Dissatisfied with middle-American life with his doting mother (Sasha Hennequin), he joins a choir, meets a hilarious, dope-smoking preacher, forms a punk band, then goes to Europe to “find himself”. In Amsterdam he finds drugs, artists, sex and love – temporarily. In Berlin he encounters middle-class rebels and posers, falls in love again and becomes a bohemian songwriter-performer. Finally, home beckons.

Passing Strange comprises songs interspersed with narration and dialogue, and features musical styles including funk, hard rock, punk and gospel, played by a tight rock band led by singer-keyboardist, Marissa Saroca. Although the second half loses steam and feels too long, the first half of Dean Drieberg’s robust production is a spirited romp, and these versatile, black-identifying performers have presence and vocal ability. Tchantcho’s Narrator has gravitas, Hennequin’s Mother is passionate and loving, and Young is suitably callow and egocentric as Youth, while the ensemble (Zahrah Andrews, Tier Ataing, Gabriela van Wyk, Theo Williams) populates Youth’s story with quirky characters.

The music, however, is often too loud – particularly drums – drowning voices. Lyrics are crucial to telling the story, so blurring or making them inaudible makes it difficult to follow story, dialogue and characters’ journeys.

The wide, narrow stage with two rows of seats facing it, is problematic: the band dominates centre stage, leaving the actor-singers only a shallow strip of stage at front, and cramped spaces at stage-left and stage-right, which diminishes the impact of dramatic action. Playing action simultaneously at left and right splits the audience’s focus – a sin in theatrical staging.

With its raucous songs and bold characters, Passing Strange remains a fun and exuberant production, despite any sound or staging issues. Reviewed by Kate Herbert 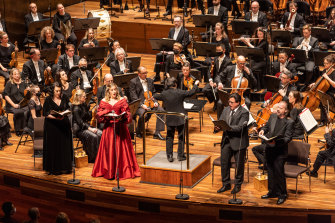 Crowned with an instantly recognisable tune, Beethoven’s ninth symphony setting of Schiller’s Ode to Joy still has enormous pulling power. That power was confirmed by the near-capacity audiences that flocked to hear this musical beacon of hope and human solidarity performed by the Melbourne Symphony Orchestra and Chorus under principal guest conductor Xian Zhang.

The symphony’s finale was indeed an unbridled celebration of joy, full of vigorously committed singing and playing, but the road towards this ecstatic summit was at times laboured.

Contemporary Chinese composer Zhao Jiping’s Violin Concerto No. 1 proved an unpromising prelude. Its unadventurous eclecticism offered few opportunities for soloist Ning Feng to display his undoubted virtuosity, or for the audience to appreciate the golden tone of his 1710 Stradivari, especially when the solo part was overwhelmed by full orchestra. Even so, he gave the score his all, bringing a heady romantic bloom to its lyrical moments and brilliant aplomb to its stock-in-trade virtuoso violin exclamations.

Xian Zhang’s broad, non-interventionist approach to the symphony was a mixed blessing. While not without excitement, the first movement might have benefitted from some further attention to rhythms and gradation of dynamics, likewise the whiplash effects of the Scherzo needed a galvanising influence. Luxuriating in plush string tone, the third movement did effectively usher in the energetic finale.

Additional orchestral energy propelled the music towards a tumultuous conclusion, affirming that nearly 200 years on, Beethoven’s genius endures in bringing people together by means that are both simple yet profound. Reviewed by Tony Way

Mykola Lysenko’s Prayer for Ukraine, in traditional Orthodox musical style, established a mood of quiet recollection, reinforced by warm choral tone. Lysenko’s bittersweet Funeral March for Taras Shevchenko, a tribute from a Ukrainian musician to the founder of the modern Ukrainian language, found eloquent expression under the hands of Calvin Bowman at the piano.

A contrasting Prayer for Ukraine, this time by avant-garde Ukrainian composer Valentin Silvestrov, communicated a hushed, uneasy fervour. Silvestrov, who turns 85 this year, fled Kyiv in March and is now living in Berlin.

Not having the option to flee Budapest in the dying days of World War II, Kodaly composed his Missa Brevis in the basement of the city’s opera house. This vivid and dramatic work posed some challenges for the choir from time to time in terms of internal balance and intonation. However, the performance was enhanced by characterful solo contributions from mezzo-soprano Belinda Paterson, tenor Will Grant, and Pokryshevsky, together with restrained but colourful organ accompaniment from Bowman.

The well realised richness of Rachmaninov’s a cappella Bogorodyitse dyevo and the string orchestra version of Barber’s elegiac Adagio contrasted with more contemporary pleas for peace. Like a mantra welling up from deep within, the minimalism of Arvo Part’s Da Pacem Domine made a haunting impression, while the overtly emotional setting of the same text by Lithuanian Peteris Vasks elicited a heartfelt musical outpouring, filling the vast space of the cathedral, a defiant musical act in the face of a devastating war.