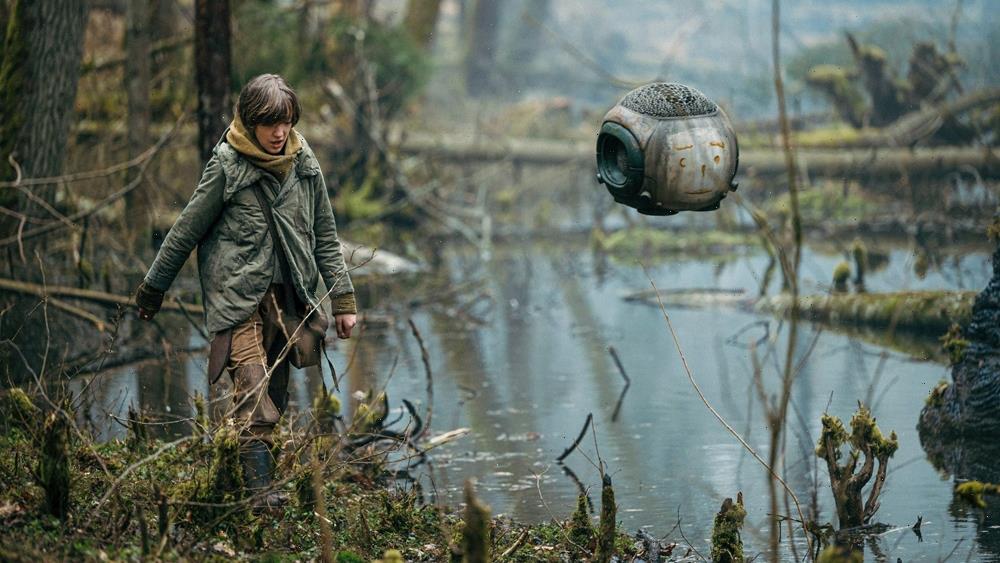 Sci-fi and fantasy fans can soon rejoice in another intrepid YA heroine as “Vesper,” the Lithuania-France-Belgium co-production from directors-writers Kristina Buožytė and Bruno Samper, makes its world premiere in competition at Karlovy Vary Film Festival on Saturday. The Czech debut marks a busy start to the month for the filmmakers. They will also present the film at the Bucheon International Fantastic Film Festival in Korea and the Neuchâtel International Fantastic Film Festival in Switzerland.

The sci-fi-fantasy thriller, which takes place after the collapse of the earth’s eco-system and centers on a 13-year-old girl caring for her paralyzed father, who must use her wits and bio-hacking abilities to fight for survival and the possibility of a future, has proved a popular item for sales agent Anton. They have announced distribution deals in the U.S. (IFC Films), UK (Signature Entertainment), Germany (Koch Media), Italy (Leone Film) and Japan (Klockworx). IFC plans to release the film in U.S. theaters and VOD on Sept. 30.

Celebrating the premiere in the Czech Republic makes sense for the directors, who met in Prague in 2004, during a FAMU workshop about interactive storytelling. At the time, the Vilnius-based Buožytė was a cinema student and Samper, from Montpellier, was presenting a videogame he had developed. Their previous collaboration, “Vanishing Waves” premiered in Karlovy Vary’s East of the West competition in 2012.

“Vesper” marks the helmers’ first English-language film and boasts a top cast, including Raffiella Chapman (“The Theory of Everything”) as the titular heroine, Eddie Marsan (“Sherlock Holmes”) as her evil uncle, Rosy McEwen (“The Alienist”) as a mysterious woman with a secret and Richard Brake (“Game of Thrones”) as Vesper’s father. Samper notes, “Kristina doesn’t speak French and I don’t speak Lithuanian, so we work together in English.” Buožytė adds, “As we are from two different countries and two different cultures, we are working on what points we have in common and finally on what is the most universal.”

Even though the action of “Vesper” takes place in a grim future, Buožytė and Samper consider it to be a film about hope, and something that provides an important message for the young generation, who constantly hear that the world is dying and that there is no future. Samper says, “Young people don’t merely want to survive, they want to live. The pandemic was an important reminder of that.” Buožytė agrees. “Even in the worst and most desperate situation, if we are able to see beauty, we will always have a reason to live, to fight and to change the order of things.”

The filmmaking duo create an extensive dystopian world for “Vesper,” complete with substantial special effects. Buožytė says, “What was exciting to us was the challenge of creating a whole universe, with its own rules, sociology, culture, biology, etc.” Samper agrees, noting, “This world-building gave us the possibility to express fully our vision of cinema, to create storytelling and meaning with each visual and sound asset present on the screen.” Storyboarding every shot with their talented director of photography Feliksas Abrukauskas kept them prepared and within budget. The practical effects were created by the Belgian company Wulf-Fx, while the VFX were shared between French companies Mac-Guff, Mathematic and Light Visual Effects and the Belgian MPC Liège.

The live-action scenes were shot in natural locations, mainly around Vilnius. Finding the fairytale forest that they wanted took nearly a year. But shooting outdoors came with its own set of problems. Samper confesses that one of the most challenging elements of the shoot was the spring weather in Lithuania. He says, “One day we had snow, storm, rain, hail and finally sunshine in the same shooting day.” For Buožytė, it was shooting in COVID time that most tested their resources and abilities. She says, “All the shops were closed, costume and set departments couldn’t go buy a simple nail. They had to order everything via the internet. We also had to rehearse with the actors by video conference.”

Given its echoes of other well-known dystopian tales, do the helmers envision sequels, prequels or perhaps a small screen series? Although she claims that “Vesper” was initially intended as a standalone film, Buožytė says, “I was surprised myself when we saw the final edit on the big screen and to realize that I wanted to know what will happen after. So yes, we are thinking already about a sequel.” Samper assents, “We have lots of ideas and we would love to continue to explore this universe, but that will depend on the success of “Vesper.”

So, what is next for them? “It’s a bit too early to speak about it,” says Buožytė as Samper chimes in with a laugh and a “Fully agree!”