The owner of a collapsed Victorian private drug rehabilitation centre that owes more than $2 million to creditors sold assets and opened a new rehab with a similar name days before going into liquidation.

A liquidator is now investigating Mick Hall, who spent time in prison before beating a heroin addiction, over the sale of $12,000 worth of assets to newly-created rehab MyHab six days before his business DayHab went into liquidation on February 15. Hall is listed as the director of both rehabs. 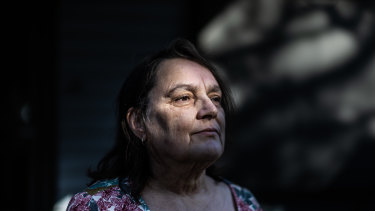 Shane Cremin, from insolvency firm Rodgers Reidy, told creditors in a report obtained by The Sunday Age that Hall may have been trading while insolvent.

The private rehabilitation industry was exposed for using exploitative billing practices, misleading advertising and staff without appropriate expertise in a Health Complaints Commission report after a two-year investigation, yet the state government has not acted to regulate it.

Hall opened MyHab on January 14 before moving DayHab patients across to it following its liquidation. He has first met with Cremin on December 14, according to the creditors report.

Hall defended setting up the new company and told The Sunday Age there was a “grey area” where a couple of clients who hadn’t finished their stay at DayHab were moved to MyHab, but he hadn’t since taken in any new patients.

“I didn’t want to just shut down and kick them out,” he said.

Robyn Hegwein said she had paid $14,900 for her ex-husband to be admitted into DayHab on March 1, but later received a receipt from MyHab.

She said her ex-husband left 17 days into a 28-day stay, and told her staff walked out on their jobs due to unpaid wages. DayHab employees are owed more than $50,000 in leave and entitlements.

Hegwein, who was refused a refund, criticised the lack of regulation of the private rehab sector.

“If you’re in real estate, you have to have a licence,” she said. “If you’re building a house, you’ve got to have building inspectors. You buy a dog, the dog has to be registered. There is nothing on these people. Anyone can just set up.”

A former DayHab worker, who didn’t want to be named out of concern it would hurt him professionally, said he worked at DayHab in 2017 after completing a six-month course.

He was then in his mid-20s and had been sober for a year following his own alcohol problem. Despite his lack of experience, he was often the only worker overnight in a house full of eight clients, many of whom had complex needs.

“The culture was appalling,” he said. “It was, like, enforce the rules to the best that you can with minimal staffing. There was no supervision, no policies or procedures.”

However, the former worker added that the rehab successfully helped some people with less complex issues beat their addiction.

Hall defended his standards, saying all his clinical staff held relevant qualifications and that patients were reviewed by a psychiatrist and could access a GP.

He said he had held various accreditations since opening in 2013 and a private hospital licence from 2018, which involved rigorous oversight. Hall welcomed further regulation of the industry.

Hall blamed Victoria’s COVID-19 lockdowns for the failure of his company, but Cremin cited poor financial control and COVID-19 as reasons.

Creditors, which include employees and cleaners are owed $2,198,088.

Health Complaints Commissioner Karen Cusack recommended in her report that the state government regulate the industry, including a mandatory licensing scheme and qualification standards for counsellors.

But 16 months later, the state government is still considering the issues uncovered in the investigation, a spokesman said.

Janet Davidson was in poor health from 30 years of alcoholism when she cashed in her superannuation to pay $12,000 for a 28-day stay at DayHab in 2015.

The 58-year-old former social worker, who had only had good experiences in the public system, said the care was substandard and many of the staff were young, underqualified and unprofessional.

“They seemed like they had been employed straight out of AA [self-help group Alcoholics Anonymous],” she said. “You can see they were out of their depth.”

After Davidson finished the program, she was dropped at the local shopping centre where there were multiple bottle shops, and she immediately bought and drank alcohol.

She said she took responsibility for her relapse, but that DayHab hadn’t provided her with the help it had promised. “I just felt stupid, so ripped off.”

The private rehab industry has grown substantially in recent years due to skyrocketing demand unable to be met in the public sector.

According to the Victoria Alcohol and Drug Association, the waiting list for a public rehab bed has almost doubled over the pandemic from 230 people in September, 2020 to 452 in December last year. Public rehab Windana reports waiting times of up to six months.

“Private operators are establishing themselves to take advantage of this situation,” he said.